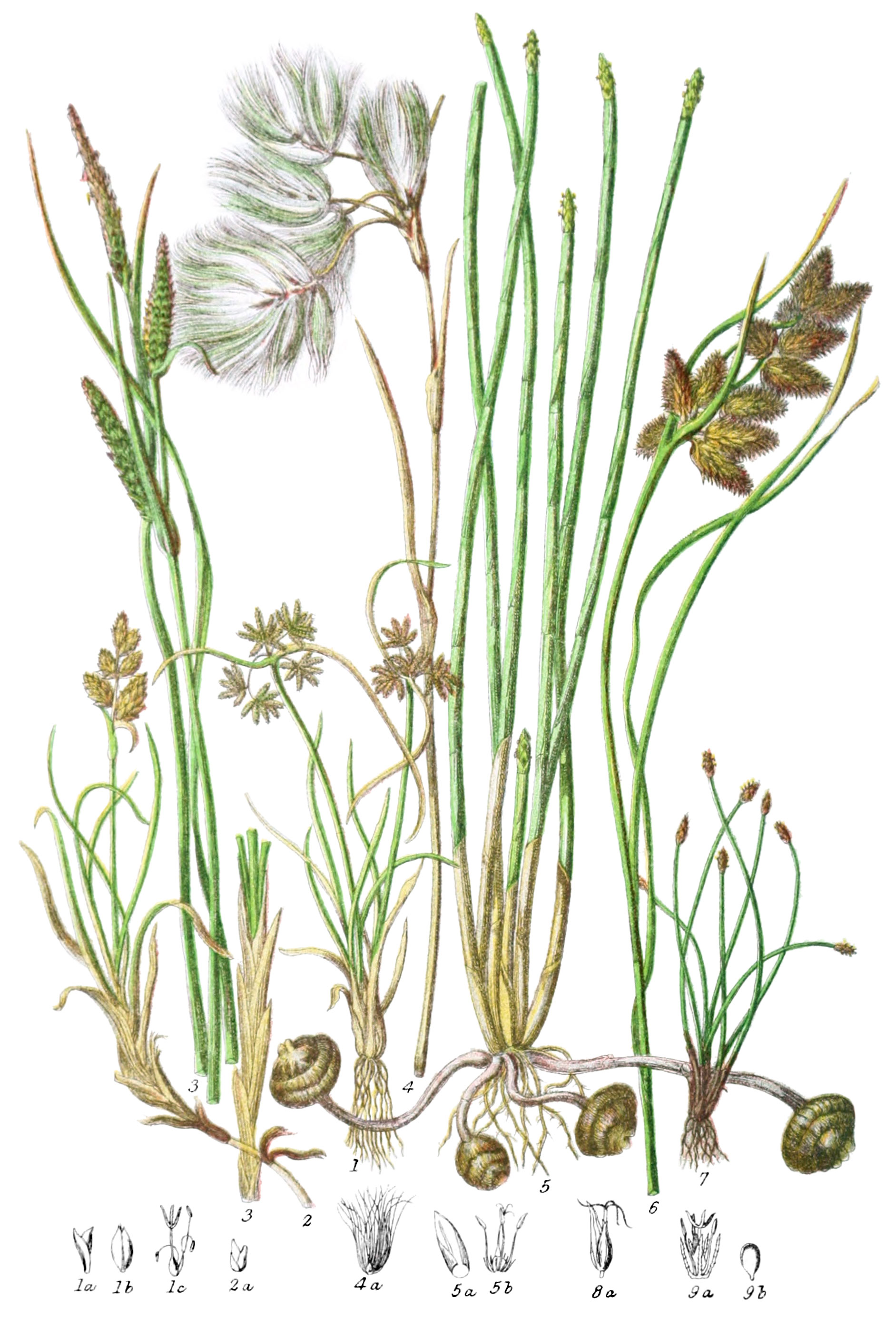 Herbaceous, grass-like plants, the stems of which are hollow, and seldom have partitions at the joints; frequently tubular, sometimes tuberous at the base. The leaves are narrow, and usually enclose the stem with a sheath which is never slit. The flowers; the stamens and pistil are often in separate flowers; the stamens are from one to twelve; the anthers fixed by their base; the style is single, bifid, or trifid; the stigmas are undivided, occasionally bifid. The fruit is a hard nut, with a single seed, containing fleshy or mealy albumen.

This Tribe has close affinity with grasses.

A wholesome mucilage is contained in the tubers of some of these plants.

This Tribe inhabits marshes, ditches, streams, woods, dry sands, and lofty mountains in all parts of the world where vegetation exists. In Lapland it is as abundant as grasses, in the Tropics more rare. Scirpus belongs to Europe, South America, and Australia.