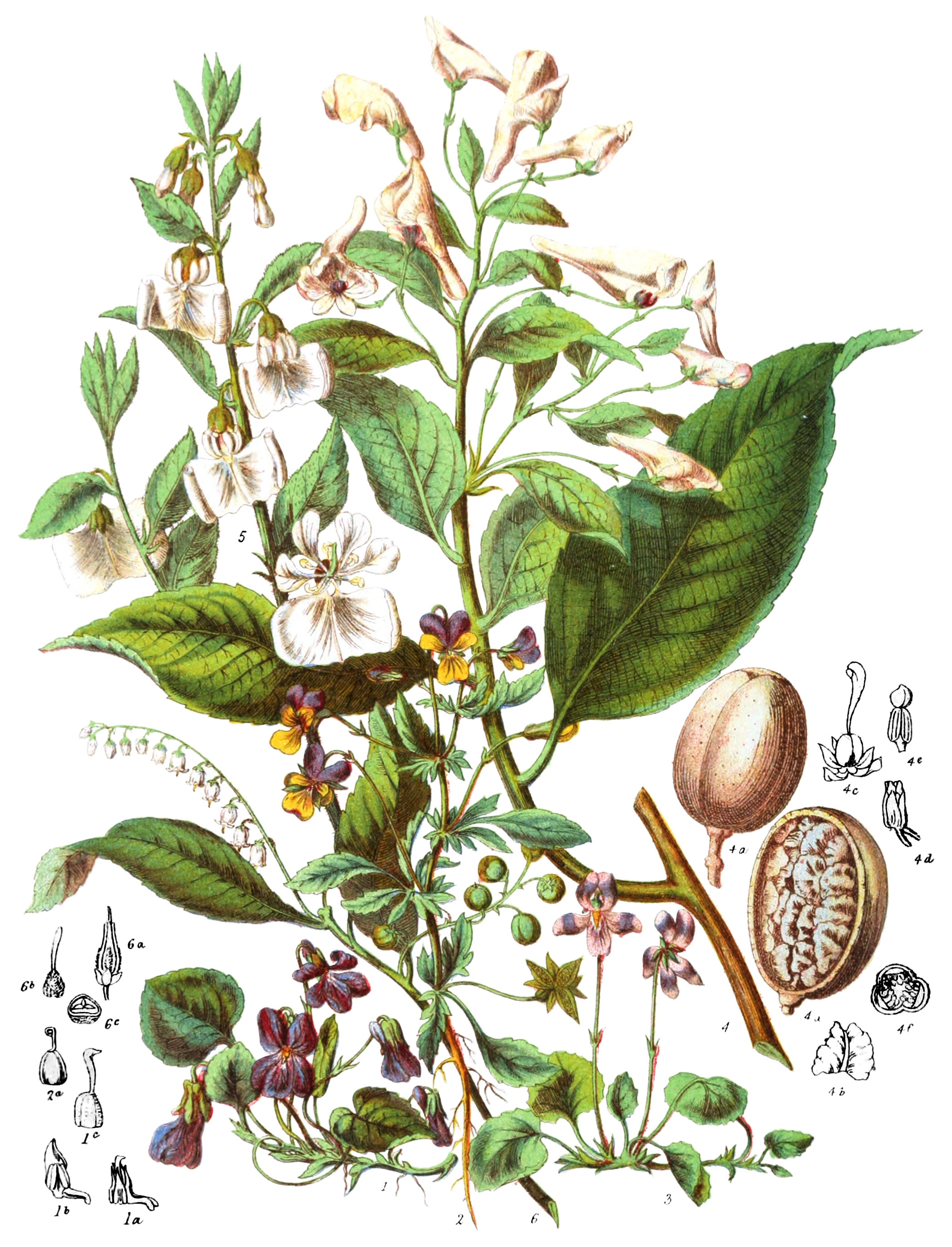 Herbaceous plants and shrubs, the leaves of which are simple, usually alternate, sometimes opposite, having stipules at their base. The flowers are of various forms; the sepals of the calyx are five, permanent, imbricated in the bud, usually elongated at the base. The petals are five, attached to the base of the pistil, regular or irregular; one being elongated into a horn, as in the Viola odorata; of unequal size, as an Ionidium; or of equal size as in Alsodea. The stamens are five, alternate with the petals, or in a few instances opposite to them, inserted on the disk of the base of the pistil, often unequal; the anthers are two-celled, bursting inwardly, either separate or cohering, and lying close upon the ovary; the filaments are dilated, and lengthened beyond the anthers; in the irregular flowers, two of them are generally furnished with an appendage, or gland, at the base. The ovary is one-celled, many seeded, rarely with only one seed. The style is single, with an oblique, hooded stigma; the capsule has three valves, bearing the seeds on a thin plate along the centre of each: the seeds are numerous, as in Viola, or of a definite number, as in Alsodea, round or winged, often with a swelling at the base.

This Order has some affinity with Droseraceæ, and the fruit of Croynostylis connects it with the Passion-flowers; but the position of the anthers, on the middle instead of at the top of the filament, is one distinguishing mark.

The chief character of the violet tribe is the emetic property of the roots, which is very powerful in the South American species, and exists in a less degree in those of Europe.

The different species of Viola belong chiefly to Europe, Siberia, America, and the mountain ranges of India, a few only belong to the Tropics of Asia. In South America this tribe abounds, but the plants differ considerably from those of Europe, being nearly all shrubs, whilst the northern species are almost entirely herbaceous. Alsodea and its immediate allies are exclusively natives of South America, and Africa, except Pentaloba, which inhabits the Malay Isles.