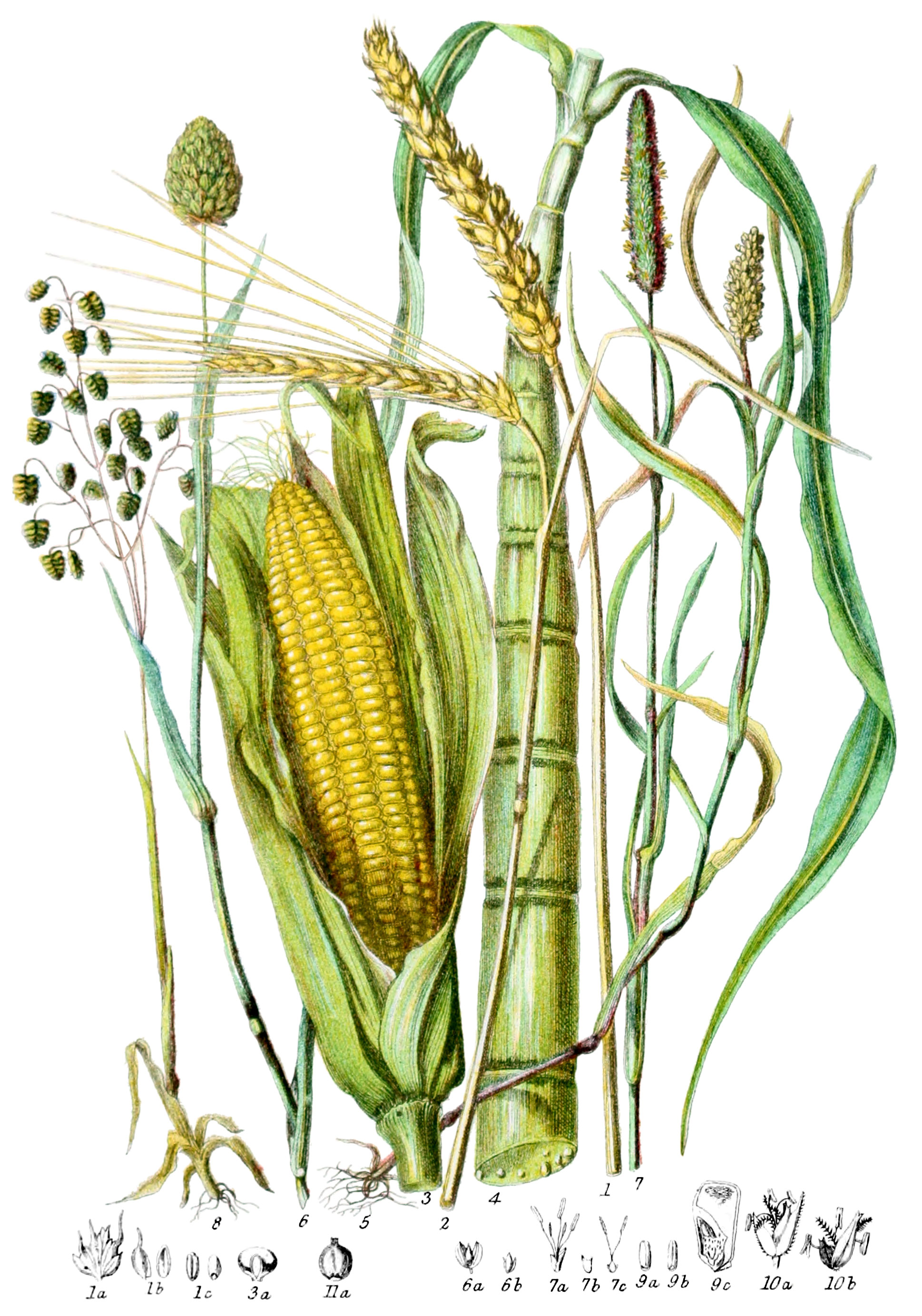 Herbaceous plants, the stems of which are sometimes large, and endure for many years. The root is a rhizome, either bulbous or fibrous. The stems are cylindrical, usually hollow, and closed at the joints, containing a considerable portion of silex, sometimes solid. The leaves are narrow, undivided, alternate, with a split sheath and membranous edge at the junction with the stem. The flowers are green, in small spikes, arranged on branching stalks, panicles, or spikes; the stamens and pistil are sometimes separate, the corolla is composed of imbricated bracts, the two outer glumes enclosing the inner glumes and the stamens; at the base of the ovary are two smaller scales. The stamens are generally three, occasionally six. The ovary is simple, with two or three styles, the stigmas feathery or hairy. The seed contains farinaceous albumen.

This Tribe has close affinity with Sedges, but is distinguished by the round and hollow stems, and the numerous bracts of the flower.

An abundant wholesome starch is contained in the seeds of many of these plants, an aromatic secretion exists in the leaves of others, and silex in the stems.

Since the Creating Word went forth, “Let the earth bring forth grass,” this tribe has been the most important throughout the whole range of vegetation. Nearly all the species are small in size, but having spreading roots extend over vast tracts of land in all temperate regions, affording large supplies of food to man and cattle. In the Tropics the species are of loftier growth, and for the most part stand singly.

This tribe exists almost everywhere, from the Equator to Spitzbergen, and to Lord Auckland’s Isle. On mountains it ascends nearly to the limit of perpetual snow.

*11 was mentioned in the original description but only 11a was illustrated.