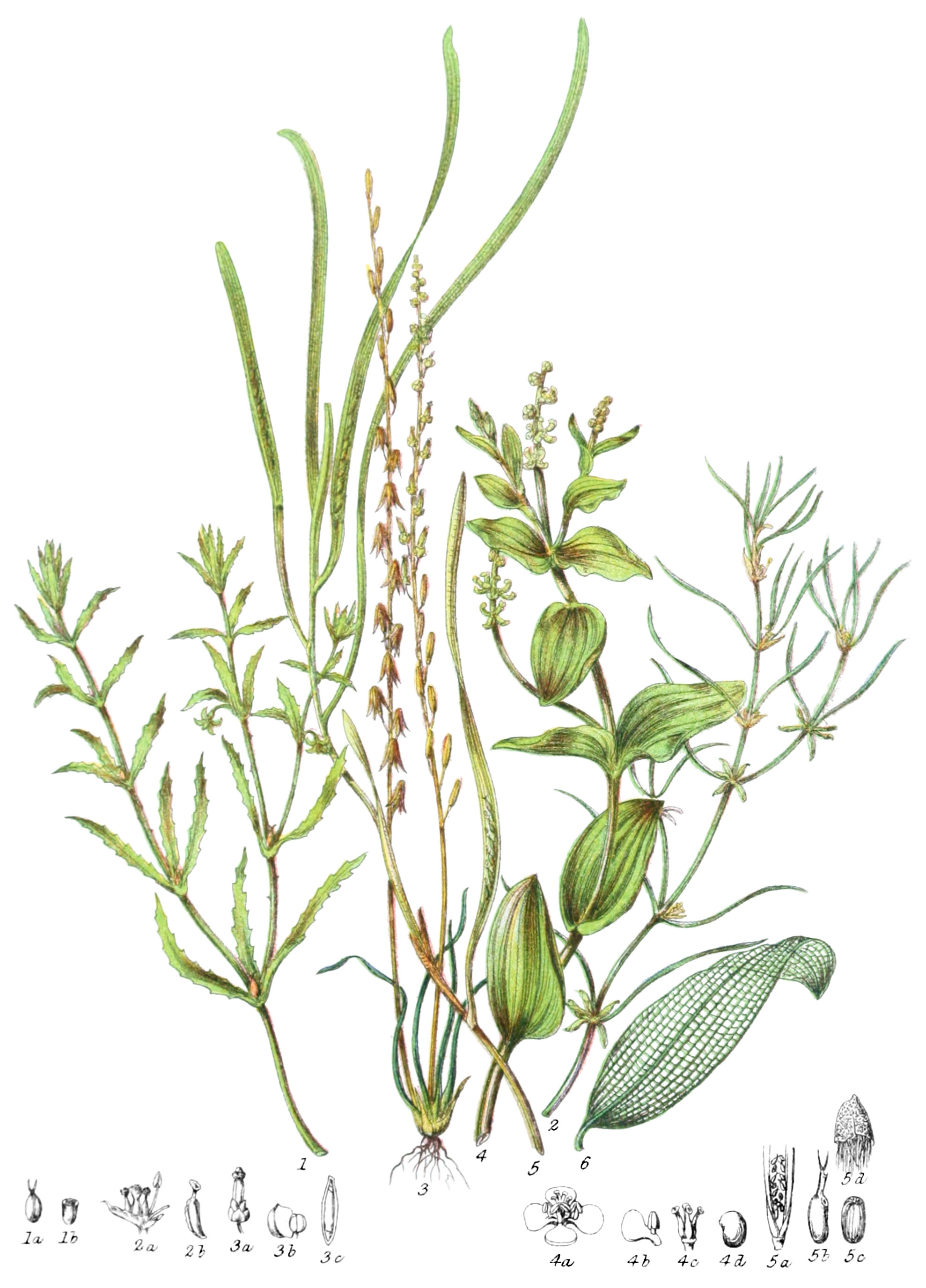 Water-plants inhabiting both fresh and salt water. The leaves are very cellular, with parallel veins, and usually membranous stipules between the leaf-stalks, sometimes sheathing at the base. The flowers are inconspicuous, often arranged in terminal spikes, or within herbaceous spathes: the stamens and pistil are sometimes separate; the corolla is composed of sepals and petals nearly alike, or of scales often falling way; the stamens are of definite number, attached to the base of the ovary, which is single or many, above the calyx; the stigma simple. The fruit is dry, very rarely opening by regular valves, or drupaceous, one-celled, and one-seeded. The seed contains no albumen.

This Tribe has only slight affinity with Juncaceæ.

Scarcely any useful properties exist in these plants.

This Tribe inhabits marshes and watery places from the North Sea to the Mediterranean. It is found also in the Indian Ocean, on the coasts of Arabia, at the Cape of Good Hope, in Tropical America, and in Australia.