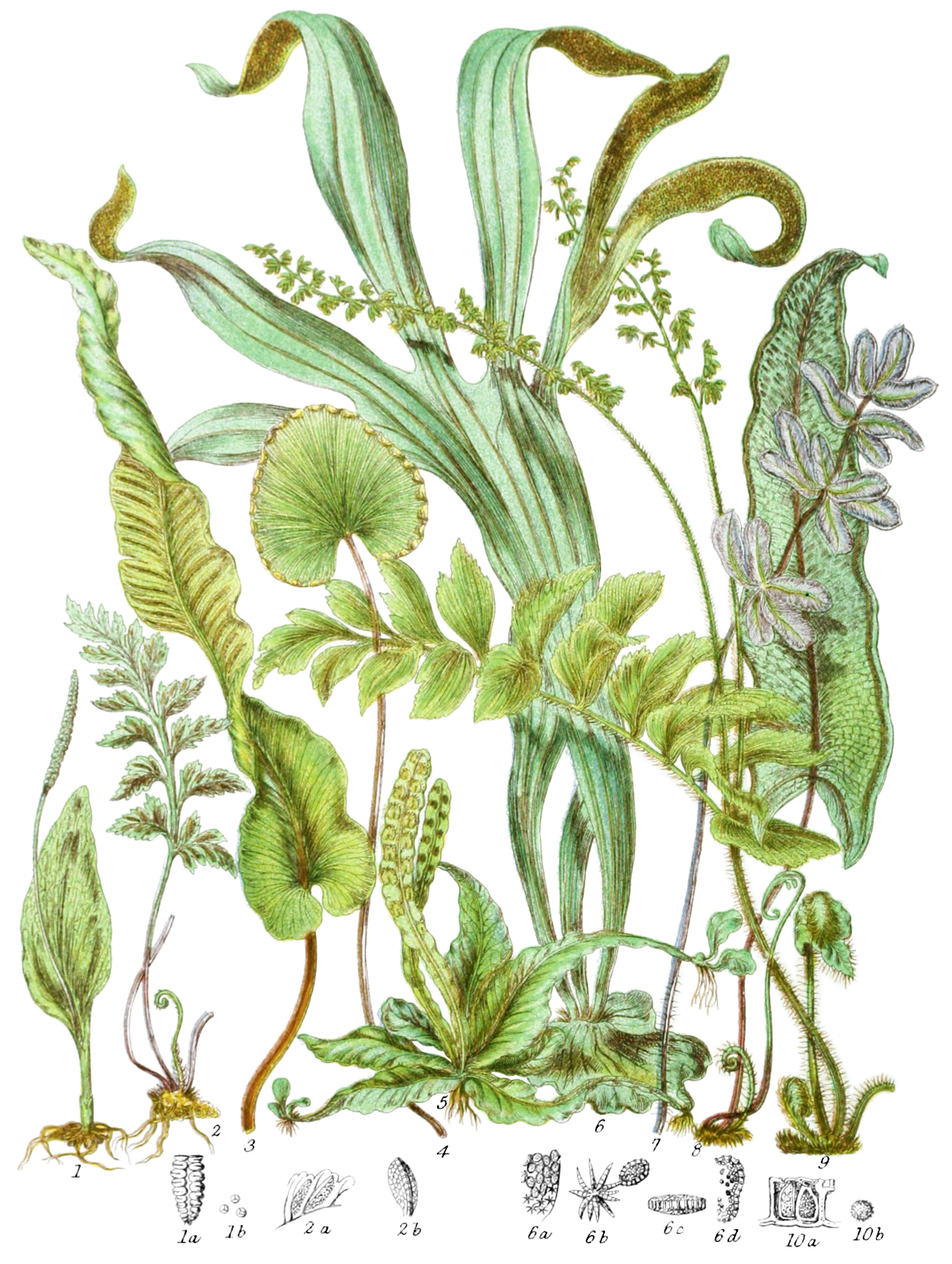 Trees with a tall stem, and of plants with creeping stems, on or below the surface of the ground. The stem grows at the point only, and contains a loose cellular substance, coated by a fibrous rind, composed of the bases of former leaf-stalks. The wood is full of dotted ducts and tubes. The fronds or leaves are coiled up when young, simple or pinnate. The reproductive organs consist of small spores in cases, arising from the veins on the under surface of the leaves, or on their margin; either on a stalk which encircles it like a ring, or destitute of stalk and ring (10a), springing from the surface of the leaf, or from beneath the outer membrane, which then forms a covering to the spore-cases; sometimes in the margin of contracted leaves. The spores fill the cases irregularly, and are scattered when ripe, by the bursting of the elastic ring.

This Tribe has affinity with Cycadaceæ.

Astringent mucilaginous properties exist in the fronds. The pith of some tree-ferns makes Sago; the roots or underground stem of some are eatable.

In this remarkable Tribe, all trace of a flower, with its varied and beautiful development of corolla, disappears; leaves are reduced to the most simple structure, and minute seeds are produced on them, without passing through any previous process of change, as in flowering plants. Although the larger number of Ferns are herbaceous, and of small size, yet some are trees with upright stems thirty feet high, rivalling Palms in general aspect, but retaining all the peculiar characteristics of their Order. The stem is marked with large scars, the remains of leaf-stalks. In the centre of the crown the young fronds are seen coiled round, as the stalk elongates assuming the form of a crosier.

Tree-ferns belong exclusively to the Tropics and the isles in neighbouring latitudes. Herbaceous Ferns are dispersed in all countries in diverse proportions. Less than 200 are natives of Temperate climates; about 2600 grow in Tropical regions; they abound most in hot, moist islands.

*6 was labeled as 6c in the original description.