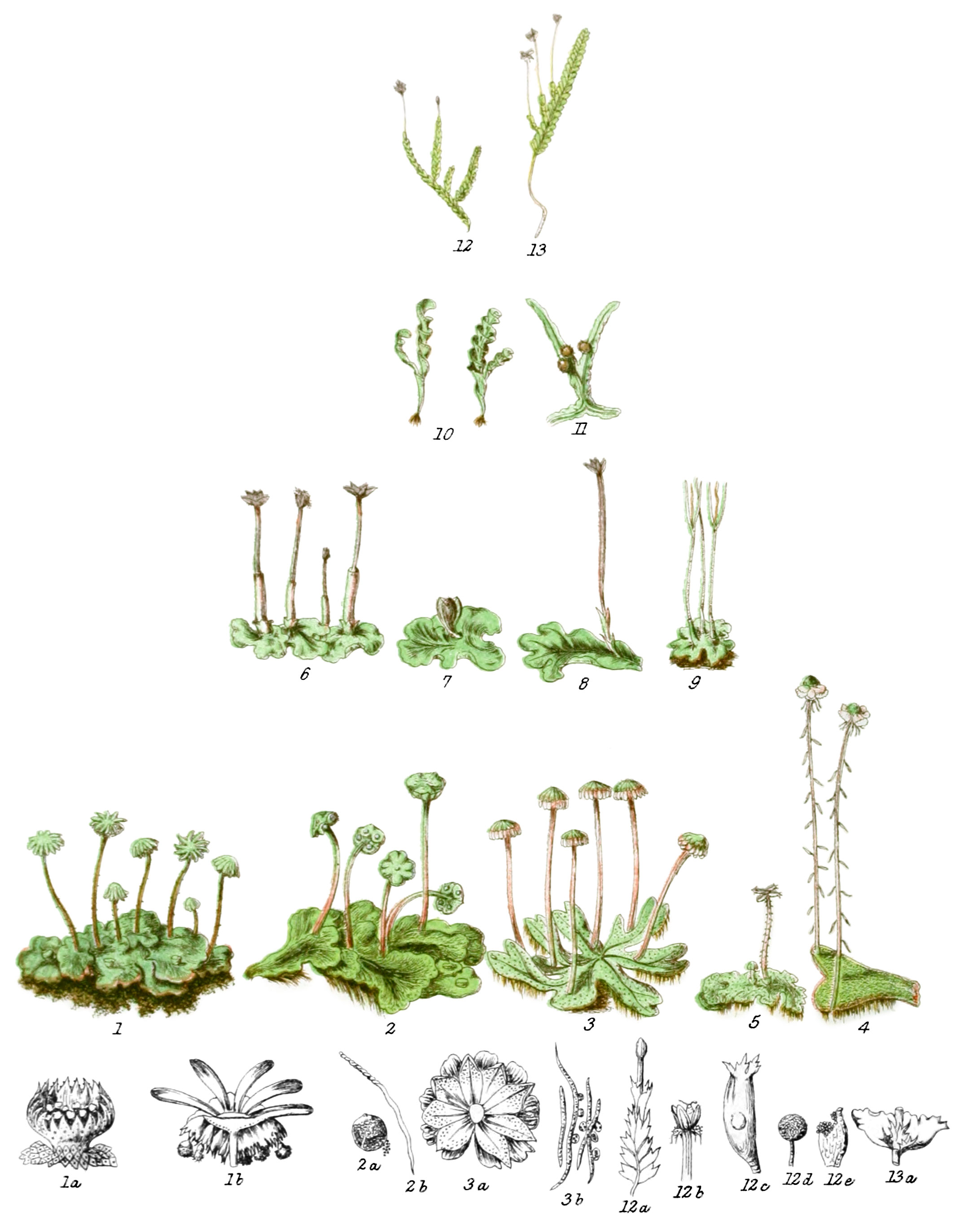 Creeping herbaceous plants, of cellular tissue, with leaves and axis combined in a leafy expansion or frond, having pores on the upper surface, emitting rootlets from the lower surface; sometimes having separate leaves surrounding a central axis. The fructification is of two kinds, spore-cases elevated on a stalk, or cups springing out of the inner layer of the frond containing small bodies capable of producing new plants. In the disk of the stalked spore-case are oval bodies enclosing filaments rolled up in the cells. The radiated disk has spore-cases on its under surface full of spores and spiral elaters, which by their elastic force scatter the spores. The spore-cases open by irregular fissures, or separate teeth or valves, and are either with or without a central column. The spores are globose, mixed with spiral elaters. Riccia and others have no elaters.

This Tribe is connected with Mosses by Jungermannia, but is distinguished by having no operculum to the spore-case. Riccia forms a link with Lichens. A few of these plants have a slight fragrance and subacrid taste.

This Tribe is scattered in all countries, very abundant in the Tropics, as well as in Europe, wherever there are shade and moisture. Several European species belong also to N. America, Brazil, and the Cape. Two species have been found in Melville Isle.