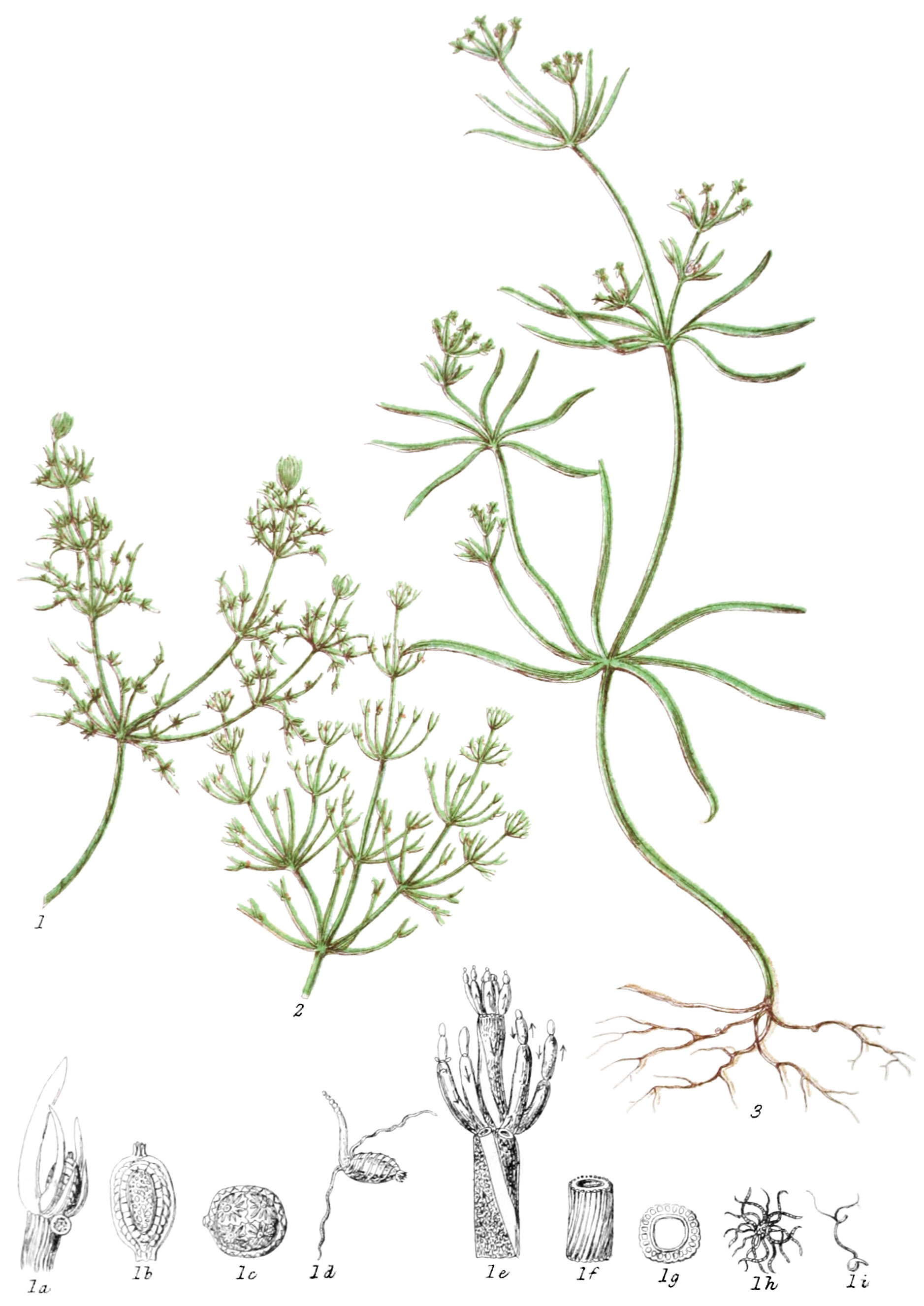 Aquatic plants, of brittle nature, always submersed, growing in stagnant or salt water, with a stem composed of parallel tubes which are either transparent or encrusted, having regular whorls of symmetrical or tubular branches. The reproductive organs are round, succulent, red globules, placed below the whorls of branches, and oval bodies above the leaf or branch; the outer covering of the upper capsule is transparent, and terminates in five teeth at the top; the inner portion is hard and dry, composed of five narrow valves, filled with granules of starch. The small red globule is formed of several scales, which separate and cuase it to open when ripe; the interior is filled with a mass of elastic, transversely-waved filaments.

This Tibe has affinity with Naiadaceæ, and in some points of structure with Sea-weeds.

The stems of Chara secrete lime.

Many curious observations have been made at different times on the circulation of the fluid in the stems of these plants. Corti, of Lucca, first observed it in 1774. Treviranus continued the examination in 1817, but it was not generally known to be perceptible to any observer with a good microscope, until Amici made more extended researches at Modena. Since then, English and French botanists have confirmed the fact as an undoubted addition to our knowledge of the physiology of plants. Another interesting observation on this tribe is, that on the phytozoa contained in the cells of the filaments in the globule are two vibratile cilia, which possess spontaneous movement, and thus appear to connect this lowly tribe of plants with the lowest among animals.

This Tribe is found in stagnant water, either fresh or salt, sometimes in rivers, always submerged; most abundant in Temperate countries, but growing in almost every part of Europe, Asia, Africa, America, and Australia.