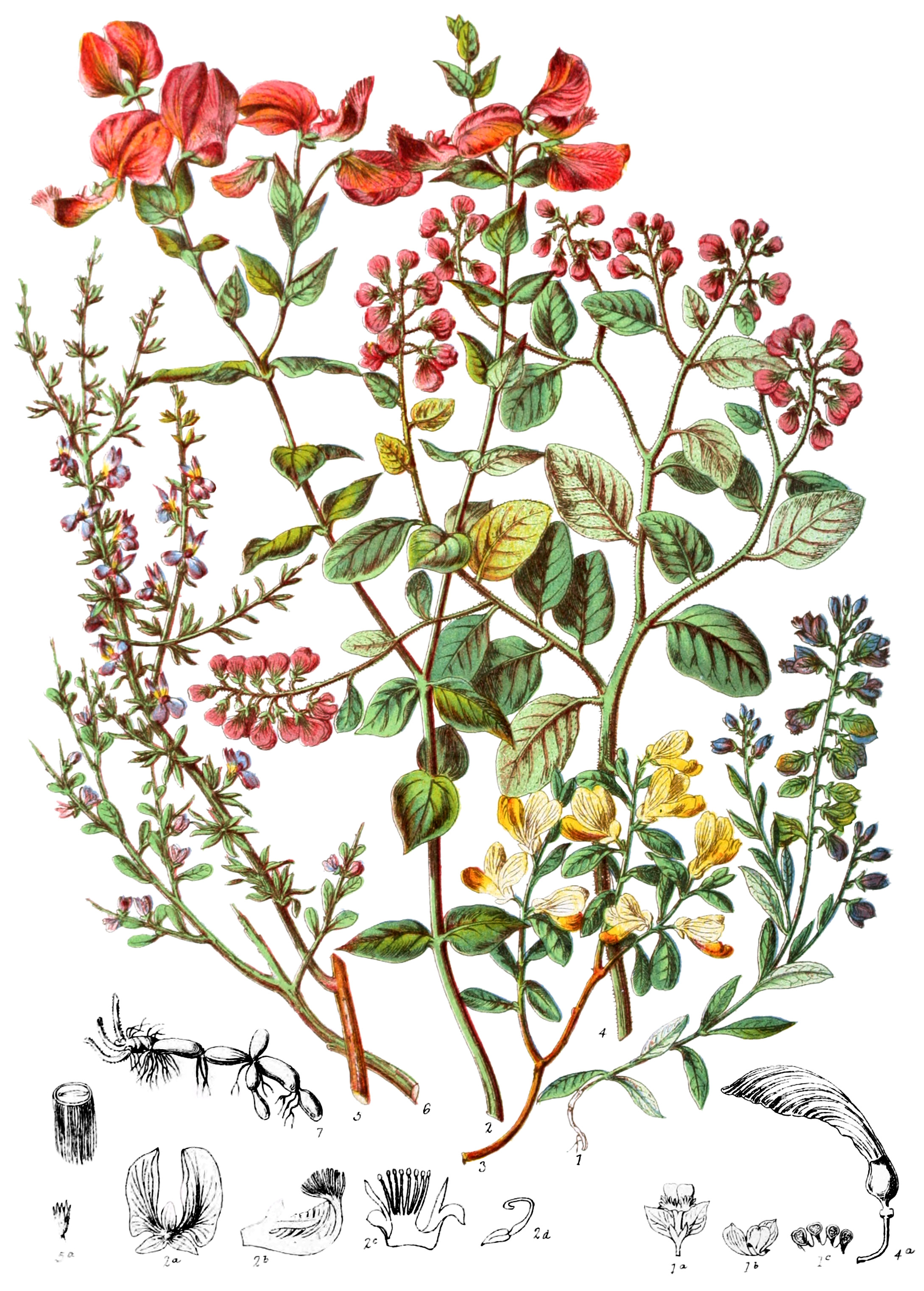 Trees, shrubs, and herbaceous plants, some of which are twiners. The leaves are generally alternate, sometimes opposite, mostly simple, and always without stipules. The flowers are usually on branching stalks, often small and inconspicuous, but in some instances showy. The flower-stalks have small bracts. The sepals of the calyx are five, very irregular, distince; the two inner side sepals are usually large, of the colour of the petals, and form the wings of the flower. The petals are commonly three, one of which is larger than the rest, and is the keel; sometimes they are five, two minute petals being placed at the sides; the keel is either entire at the edge and bare or crested at the back, or it is divided into three lobes at the edge, and destitute of a crest. The stamens are unequal, usually eight, combined in a tube which is split opposite the upper sepal; sometimes four and distinct. The anthers are club-shaped, mostly one-celled, and opening at the point. The ovary is above the base of the flower, compressed, with two or three cells; the style is simple curved, entire, or lobed; sometimes very oblique and hooded at the top; the stigma simple. The fruit usually opens through the valves, occasionally closed, membranous, fleshy, leathery, or drupaceous, winged or not. The seeds are pendulous, naked, or clothed with hairs; the outer covering crustaceous, the inner membranous; albumen abundant fleshy.

The hooded stigma connects these flowers with Violets; in the form of corolla there is a resemblance to the Pea tribe, but in structure and properties there is most affinity to the Sapindaceæ.

Milky roots and intense bitterness are the prevailing qualities of this Tribe.

Most of the plants of this Tribe are limited to one or two of the great portions of the globe; but Polygala occurs in Europe, Asia, Africa, and America, very unequally distributed, inhabiting every description of situation—plains, mountains, woods, morasses, cultivated or barren ground, in the tropics and in temperate climates. Muraltia belongs to South Africa, Salomonia to Asia, Monnina to South America, Soulamea to India and China, Comesperma to Brazil and Australia.