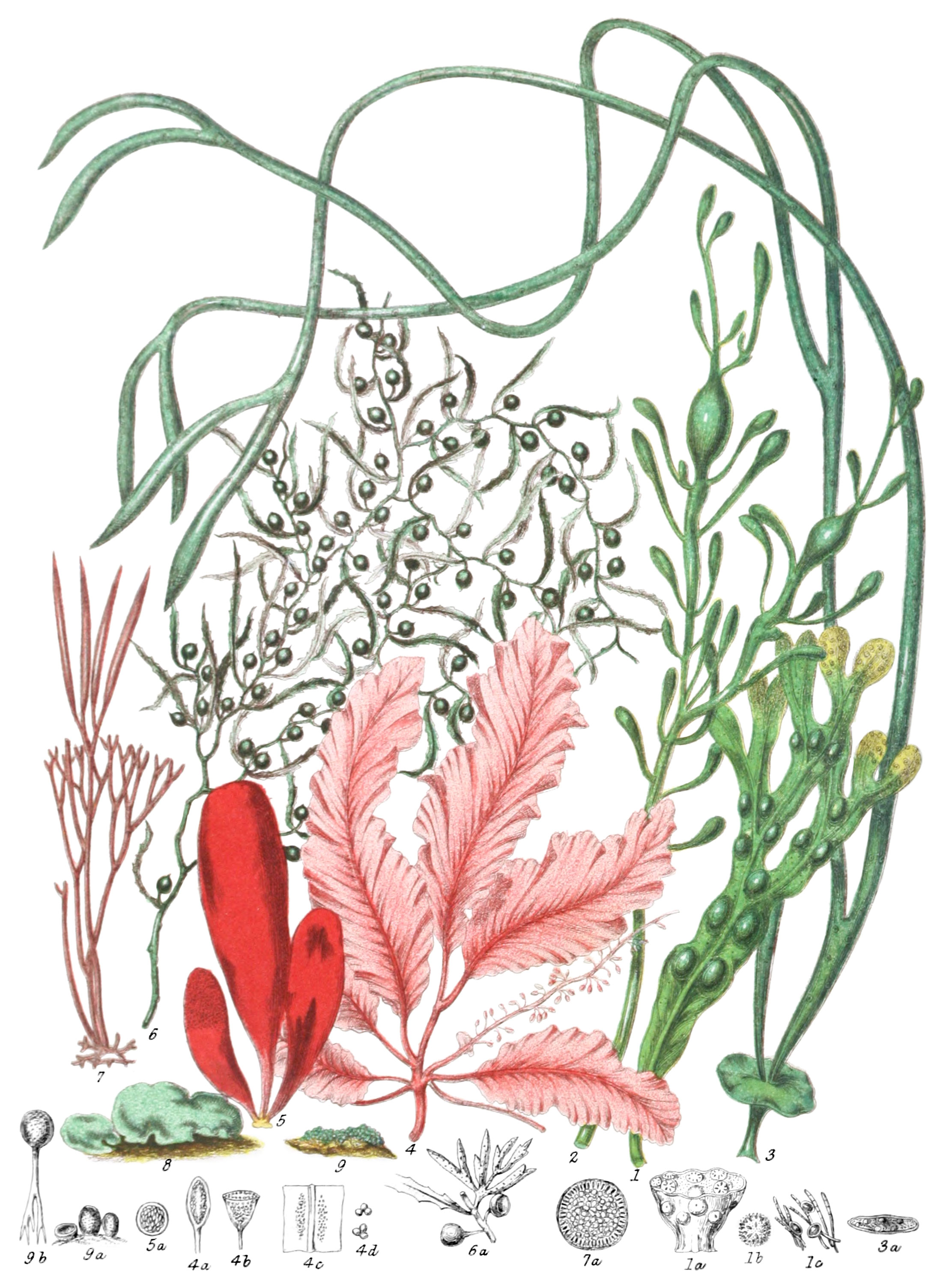 Plants composed of cellular tissue, inhabiting chiefly salt water, sometimes in fresh water, or hot springs; some grow in mud, others are attached to rocks. The frond is either composed of a single cell uninterruptedly branched, or of several cells of various forms, placed one above the other or interwoven, jointed or continuous, thread-shaped or of various figures, not uncommonly divided into a sort of stem and leaf. The fronds grow by division of the cells, and become branched by increasing at the sides. The plants are propagated by spores contained in bladdery vesicles scattered throughout the whole frond, or placed at the ends of the branches. Some are reproduced in two separate forms, rounded capsules, and minute ternate granules. The spores of some are furnished with fine hairs, which have the power of motion for a few hours before the spore begins to vegetate.

This Tribe has affinity with Characeæ.

These plants absorb carbonic acid and respire oxygen by day, and absorb oxygen and exhale carbonic acid by night. Some contain Iodine.

In each class of creation the lowest tribes are developed in water. Sea-weeds on the verge of vegetable life can only exist in water, or moisture. To the greater portion water is essential during the whole period of their existence. They have no vascular tissue, therefore no circulation of fluids; they absorb water only by the parts in immediate contact with it; the most expanded fronds have no power of conveying moisture to the rest of the plant, neither can the roots obtain nourishment by their points as those of higher tribes. They serve merely to attach the plant to the rock, and prevent it from being floated away by waves; it matters not whether it be granite or marble, if it be only solid and favourably placed.

This Tribe exists in salt or fresh water all over the globe, forming extensive forests in the depths of the ocean, and floating on its surface in prodigious masses, comprising the largest examples of vegetation, and the most minute. Some species are found in boiling springs, others on perpetual snow. Durvillæa extends to 61° S. lat.; Scyothalia as far as 63°.