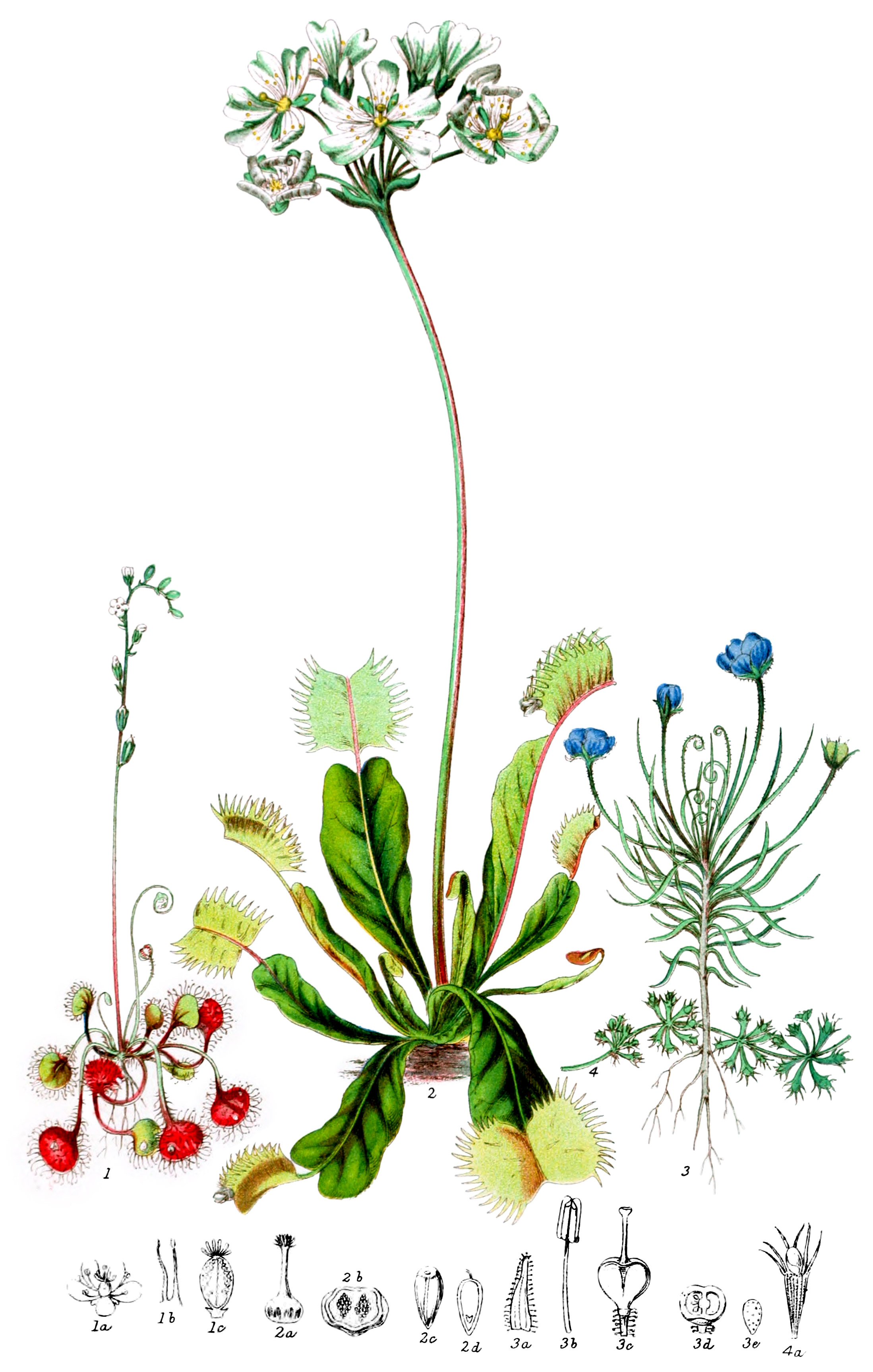 Herbaceous plants, some of which are small, and covered with glandular hairs. The leaves are alternate, having sometimes fringed stipules at the base of the leaf-stalk; the stalks are curled round in the early state of growth. The flower-stalks spring from the root, and are likewise curled round when young, after the manner of Ferns; the calyx has five sepals, which remain, and enclose the seed-vessel; the petals are five, attached to the base of the ovary, folded over each other in the bud. The stamens are distinct, either equal in number to the petals and alternate with them, or two or three times as many; the anthers are erect, gaping by and by chinks, or by pores at the top, as in Byblis (3). The ovary is single, the styles are three or six, either quite separate or slightly connected at the base. The seed-vessel is a capsule, of three or five valves, bearing the seeds on ribs in the middle, or at the base. The seeds are naked, or furnished with an aril, and contain fleshy albumen.

This Order has affinity with Violaceæ, but the number of styles, and the rolled-in stalks, distinguish them.

This tribe inhabits marshes, bogs, and morasses, in all parts of the world. Drosophyllum lusitanicum grows on the barren sands of Portugal.

*1c was not named in the original description.