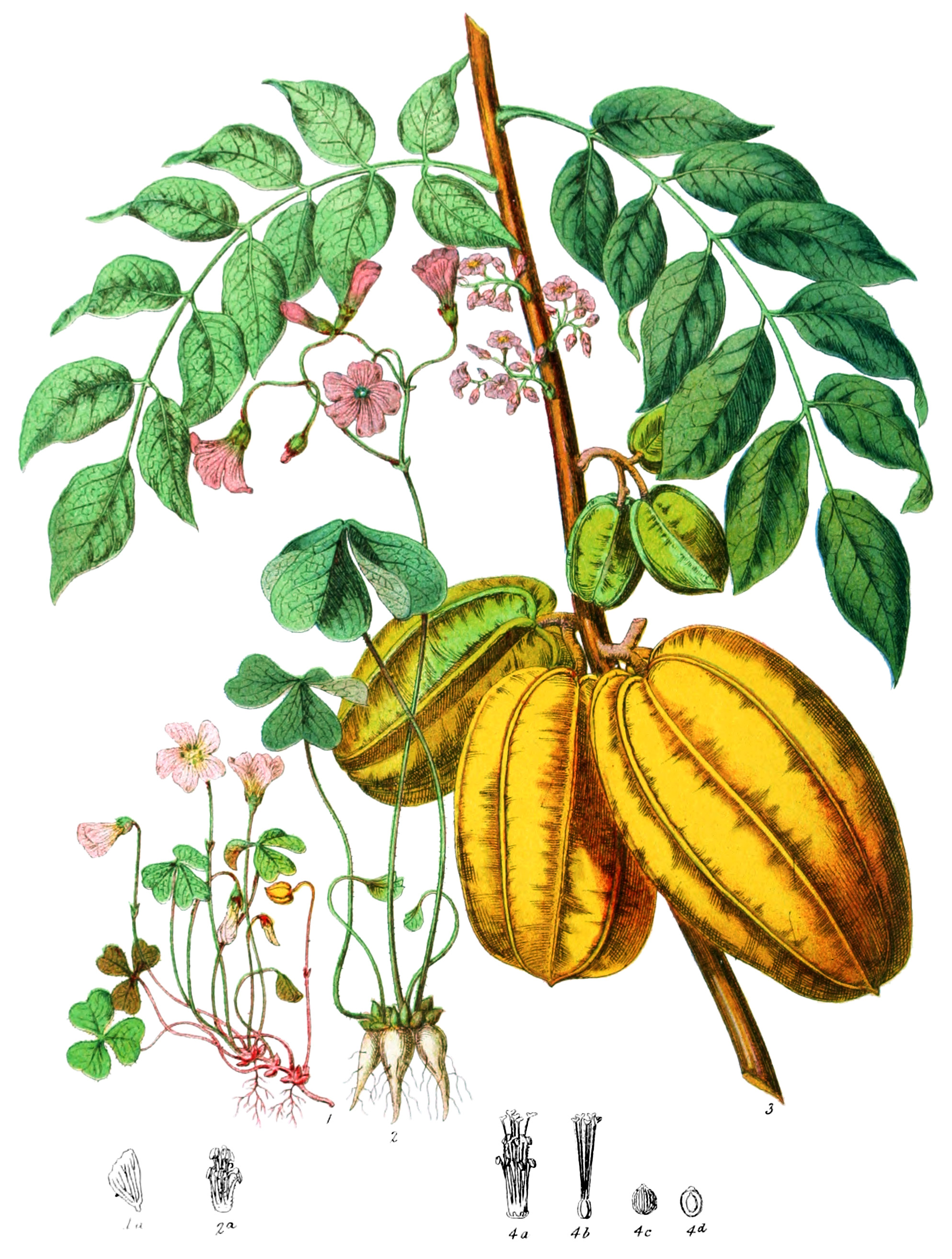 Trees, under-shrubs, and herbaceous plants; the leaves are alternate, occasionaly opposite, rarely having stipules; the roots of some are tuberculate or granulate. The sepals of the calyx are five, sometimes slightly cohering at the base, persistant, imbriated: the petals are five, of equal size, attached to the base of the ovary, having a claw at the base; spirally twisted in the bud, sometimes wanting. The stamens are ten, usually more or less united in a set at the base; those opposite the petals are longer than the rest, and form an inner series; the anthers are two-celled. The ovary has three to five cells, with as many slender styles; the stigmas are capitate, or somewhat bifid. The fruit is a capsule, rarely a bery, with five angles, and from three to five cells, and five to ten valves; when ripe, gaping longitudinally at the angles. The seeds are few, attached to the axis, or to plates in the angles of the cells; striated when young, enclosed in a fleshy covering, which curls back with elastic force when ripe, and expels the seeds. The seeds contain a tough, fleshy albumen.

This Order has considerable affinity with the Flax tribe, and also with Geraniaceæ.

Oxalic acid exists abundantly in these plants, as well as slightly astringent properties.

The genus now called Oxalis is not supposed to be the same as that known to the ancients; it includes numerous species, chiefly of slender, delicate growth: some have small bulbous or scaly roots, from which spring the slender leaf and flower-stalks.

These plants are natives of all the temperate and hotter countries of the world, but exist most abundanty at the Cape of Good Hope and in America; are more rare in the East Indies and in the equinoctial regions of Africa. The shrubs are confined to the hotter countries; a few of the herbaceous species are scattered over the temperate parts of Asia, and Europe.