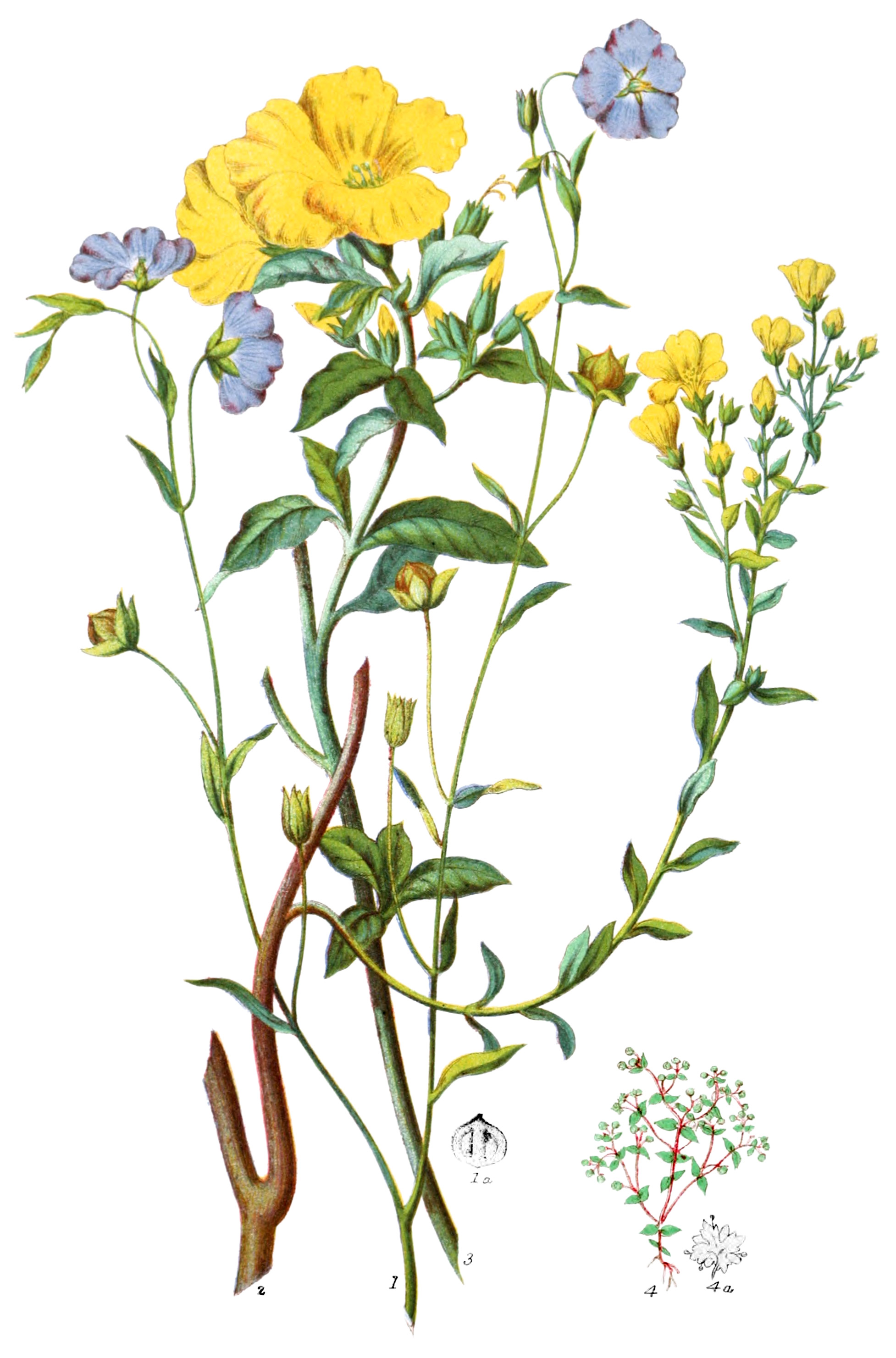 Annual and perennial herbaceous plants, and a few small shrubs. The leaves are either alternate or opposite, rarely growing in whorls, simple, entire, and without stipules, sometimes with a pair of glands. The calyx is composed of three, four, or five sepals, continuous with flower-stalk, and remaining after the petals are fallen off; the petals are of the same number as the sepals, have a claw at their base, and are twisted in the bud state. The stamens are placed alternately with the petals, and are united at their base in a ring, from which proceed small teeth opposite to the petals, indicating imperfect stamens; the anthers are ovate; the ovary has about as many cells as sepals, seldom fewer; the styles equal the number of the cells, an have round-headed stigmas; the capsule is generally pointed with the hardened base of the styles, and opens by two valves from the top; it contains many cells, completely or partially divided by an imperfect partition, each cell has a single compressed polished seed within.

The chief characteristic of the Flax tribe are the tenacity of the fibre, the oil of the seed, and the mucilage of its covering.

The principle portion of this Tribe is found in Europe and the North of Africa, but a few species are scattered more or less over most parts of the World. Several are natives of North and South America, a few belong to the mountains of India, one is known in New Zealand, none have yet been discovered in New Holland; the most northern limit of the tribe is at 54° N. lat. in North America.