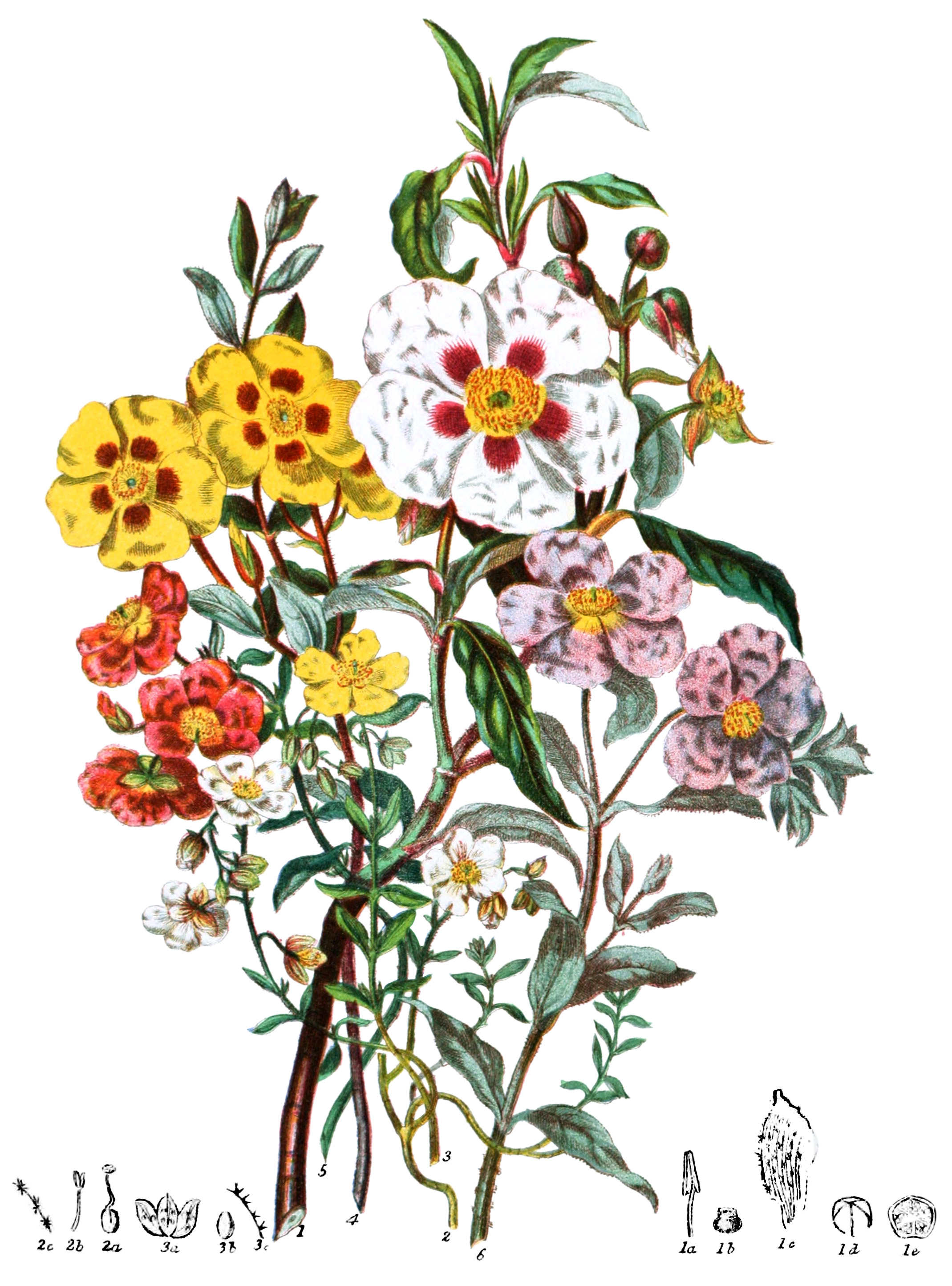 Shrubs, undershrubs, and herbaceous plants; the branches often covered with a glutinous substance; the leaves usually entire, sometimes toothed at the edges, opposite or alternate, having stipules or without them. The flowers are very fugacious, lasting only during the early hours of the day. The calyx is composed of five permanent sepals, usually of unequal size, the two outer being generally much smaller than the rest, often nearly wanting; the larger sepals are twisted in the bud, almost always clothed with a viscid secretion, or with hairs growing either in pairs or in clusters. The petals are five, crumpled in the bud, and twisted in a contrary direction to the sepals. The stamens are numerous, the anthers minute, ovate, two-celled, opening longitudinally. The style is long and slender, or short and thick, with a simple stigma. The seed-vessel is a capsule, three, five, or rarely ten valved, one-celled, or rendered many-celled by the partitions from the middle of each valve projecting to the centre.

This Order has affinity with Violaceæ, but differs in the indefinite number of the stamens; it agrees also with Bixaceæ in amny points, but the leaves have no pellucid dots, and the seeds contain farinaceous albumen.

The only remarkable property is the resinous balsamic substance Labdanum, which exudes from some of the plants.

The central situation of this Tribe will be found in Spain and Portugal; upwards of forty species are natives of the Pyrenees and other mountains; thence they diminish in every direction; a few extend into North Africa; they are rare in North America, still more uncommon in South America, and scarcely known in Asia. Britain possesses no true Cistus, only six species of Helianthemum.