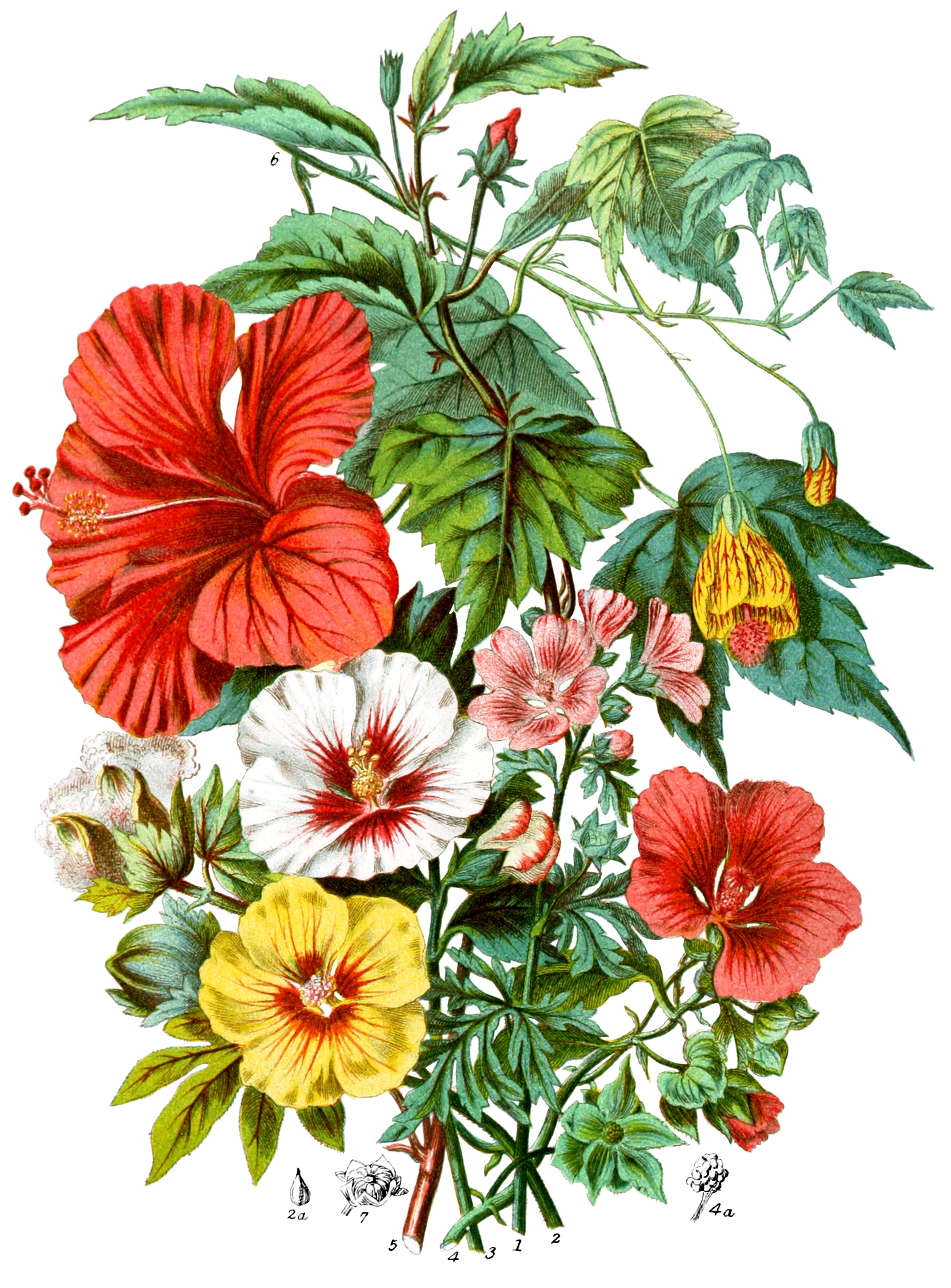 Trees, shrubs, and herbaceous plants. The leaves are alternate, more or less divided, and have stipules at the base of their stalks. The flowers grow generally from the base of the leaf-stalks, and are often surrounded by an involucre of various forms. The sepals of the calyx are five, very seldom three, or four, in a greater or less degree united at the base. The petals are of the same number as the sepals, twisted in the bud, either distinct or adhering to the tube formed by the stamens. The stamens are numerous, all perfect, the filaments united together by the base of the pistil; the anthers are one-celled, bursting transversely. The ovary is formed by the union of several carpels or seed-vessels around a centre, from which arise an equal number of styles, either united or distinct, with variable stigmas. The fruit is either a capsule, as in Hibiscus, or a berry, as in Achania; the seed-vessels are united, as in Malva; or distinct, but crowded into a heap, as in Malope: each contains one or more seeds, which are sometimes hairy, as those of Gossypium.

The united stamens of Malva connect this Order with Geraniaceæ; the twisted petals and mucilaginous properties with Flax; and the arrangement of the carpels of Malope has an affinity with the crowfoots.

The uniform character of the whole Order is to abound in mucilage, and to be destitute of all the unwholesome properties. It is remarkable for the beauty of the flowers, for the toughness of the fibres, which in many species yield a strong cordage, and a thread used for weaving into coarse linen, for the downy cotton in the seed-vessels of the species, for the softening mucilage prepared from the seeds and roots of the others, and for various useful properties.

The plants of this Tribe are found in great abundance in the Tropics: plentifully in the hottest countries of the Temperate regions, gradually diminishing towards the north. In the British Isles there are only six species; in Sweden they form but a small portion of the Flora; in Lapland they seem to be altogether unknown.