The Indian Cress, or Nasturtium Tribe 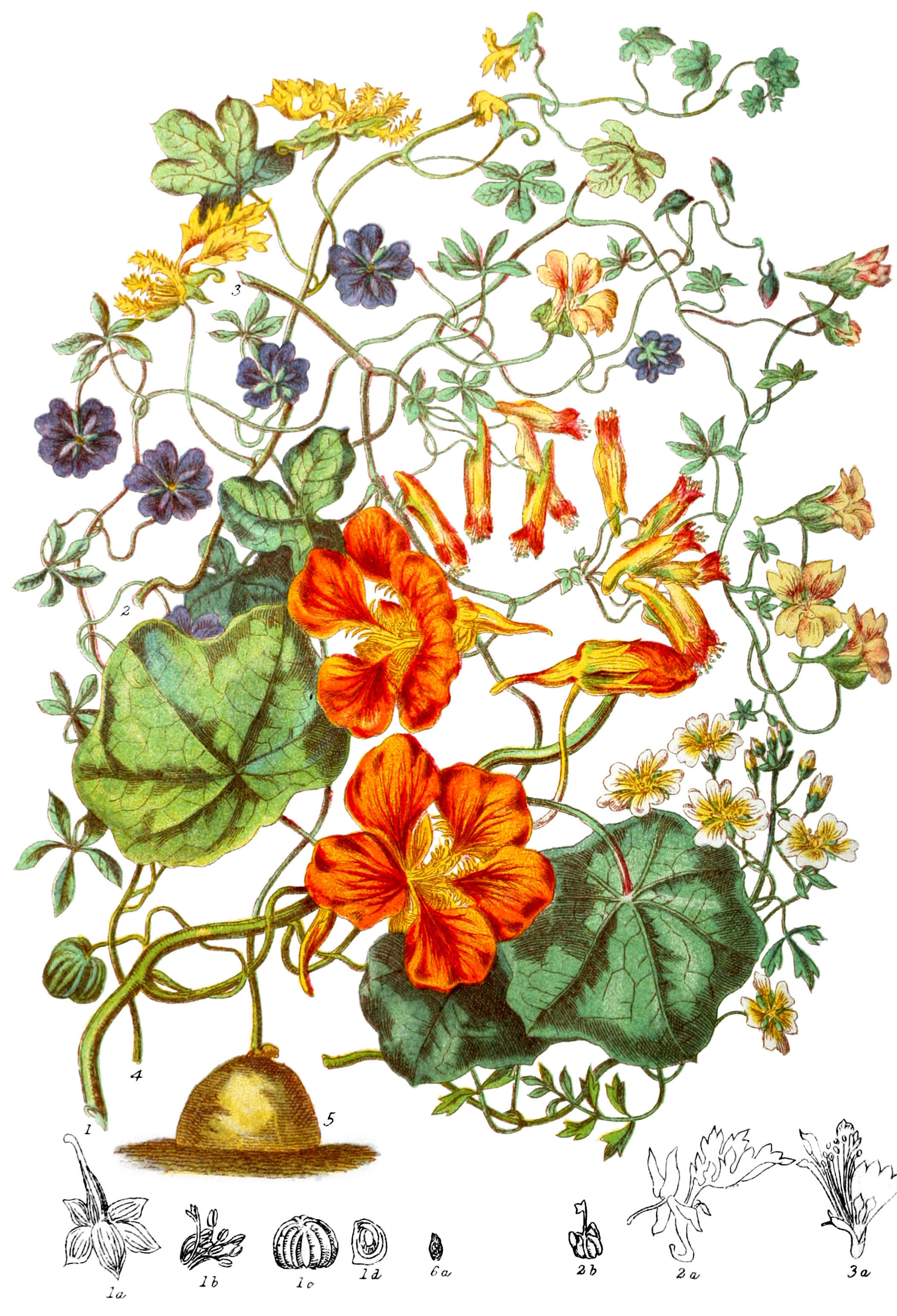 Smooth herbaceous plants, of tender succulent nature, trailing or twining, have an acrid taste. The leaves are alternate, without stipules, stalked, sometimes shield-shaped. The flower-stalks grow from the base of the leaf-stalks, and bear each one flower; the prevailing colour is orange. The sepals of the calyx are from three to five, the upper one having a long spur, distinct or connected at the base, sometimes coloured, in the bud they are usually closed in a valvular form, or are very slightly folded over. The petals are from one to five, of equal or unequal size, convolute in the bud, sometimes partially undeveloped, as in Tropæolum umbellatum (3); the stamens are from six to ten, inserted into the calyx, distinct, the anthers are two-celled. The ovary is simple, three cornered, composed of three or five carpels. The style is simple, the stigmas three or five, acute; the three parts of the fruit separate from the common axis, sometimes they are winged; the seeds are large, filling the whole carpel, without albumen.

This Order has affinity with the Mallow tribe, and is connected by many resemblances with Geraniaceæ, but the spur of Pelargonium is united to the flower-stalk.

An acrid property prevails in the leaves and fruit of these plants.

All these plants are natives of the Temperate regions of North and South America.