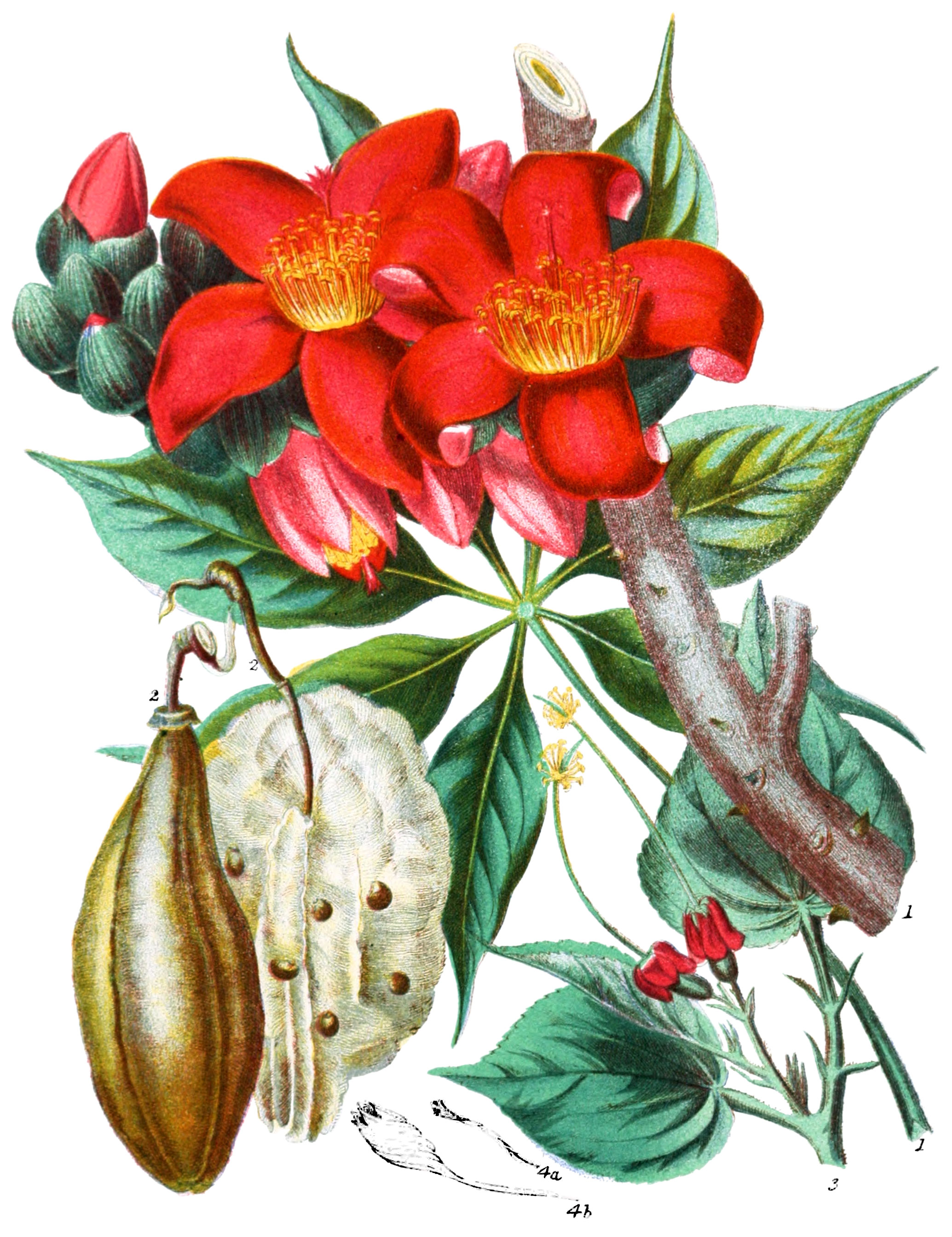 Large trees or shrubs, sometimes clothed with stellate hairs; the leaves are alternate, simple, or compound, some of a digitate form, often toothed at the edges, with free deciduous stipules. The flowers are variable, regular or irregular, in some cases not having both stamens and pistils. The calyx has five sepals in valves, not imbricated, and is either naked or surrounded with an involucre more or less united at the base. The petals are five, or wanting, convolute in the bud state. The stamens are numerous, united in sets in various ways; the anthers are two-celled, turned outwards, and in some species have various turnings and winding passages. The pistil consists of five, rarely three carpels, either separate or cohering into a single ovary, often placed on a column-like axis; the styles are equal in number to the carpels, distinct or united. The fruit is a capsule with three or five cells, as in Bombax; or a fleshy drupe, as in Myrodia; or a berry, or a pod bursting long before the ripening of the seeds as in Herculia. The seeds ovate or angular, sometimes involved in silky cotton.

This Order has affinity with Marlvaceæ both in structure and properties. It is chiefly remarkable for the abundant mucilage contained in the plants, and for the profusion of silky cotton in the seed-vessels of Bombax and others.

Nearly all the plants of this tribe are natives of the Tropics, where they are extensively dispersed; Bombax abounds in America and India, Adansonia and Herculia belong chiefly to Africa and India, Helicteres and its immediate allies seem to be unknown in Africa, but a few species extend beyond the usual limits of the Order, as far as Tasmania and New Zealand: none belong to Europe.