The Linden or Lime-Tree Tribe 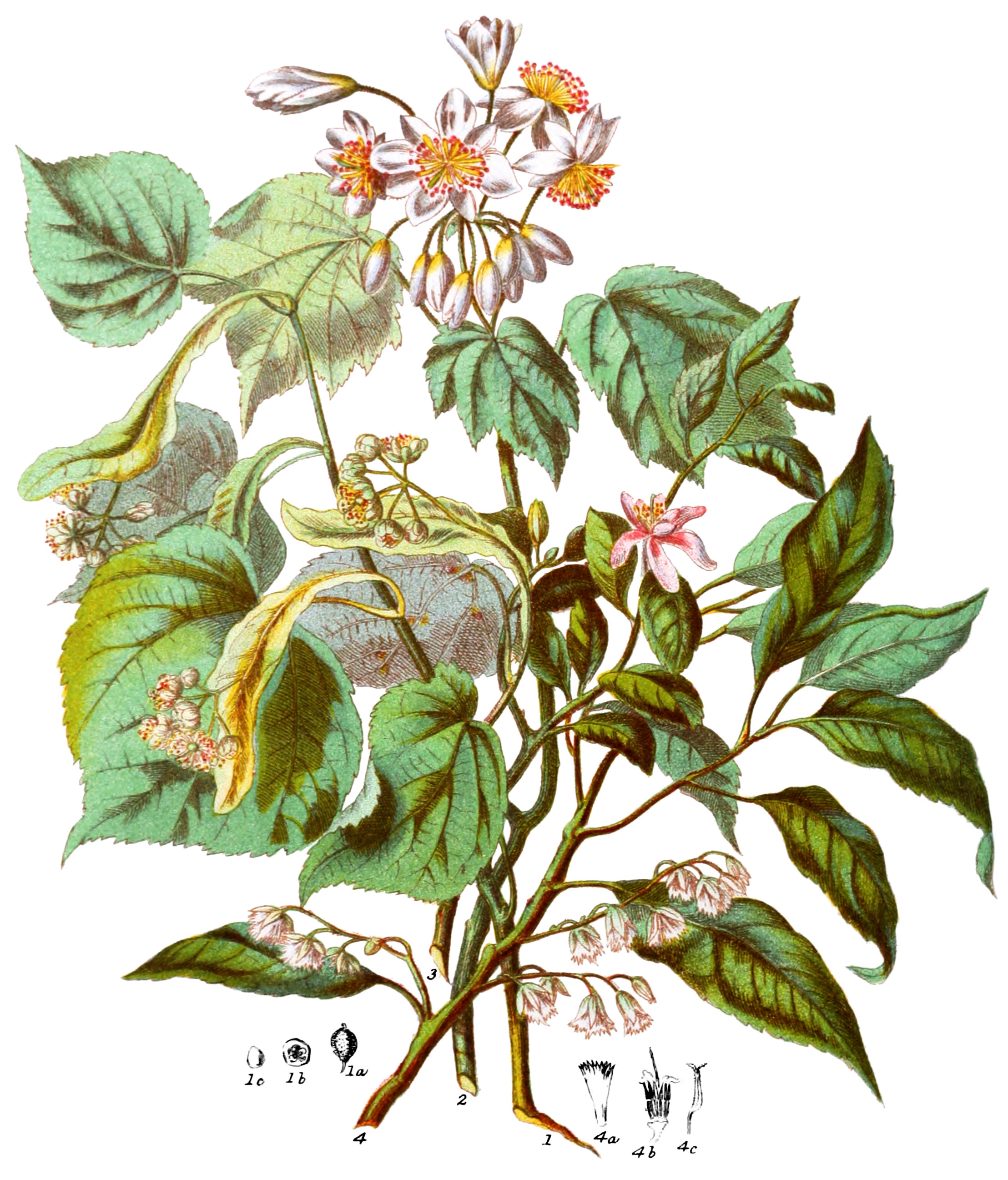 Trees, shrubs, and a few herbaceous plants. The leaves are alternate, simple, toothed at the edge, with stipules at the base. The flowers are generally perfect; the sepals of the calyx are four or five, distinct or united; the petals are also either four or five, entire or fringed at their edges, usually with a small pit at their base, occasionally entirely wanting. The stamens are generally numerous, growing at the base of the pistil, sometimes surrounded by the enlarged border of the lower part of the pistil. The anthers are two-celled, opening lengthwise, or by pores; the outer stamens are sometimes of a petal-like form. The ovary is composed of from two to ten carpels, which are in some cases disunited; the single style is terminated by as many stigmas as there are carpels. The fruit is dry or pulpy, often prickly, sometimes winged; it contains several cells, or one only becoming perfect; the seeds are solitary or numerous. In most respects this tribe has affinity with the Mallow tribe, and the others connected with it.

The character of the whole Order is to contain a wholesome mucilaginous juice.

The principal portion of this Tribe is to be found within the Tropics, either as fine trees, shrubs, or small plants; those which are peculiar to the northern countries of both hemispheres are timber trees. Several species are widely scattered throughout India and China. Tilia is the only genus belonging to Britain.