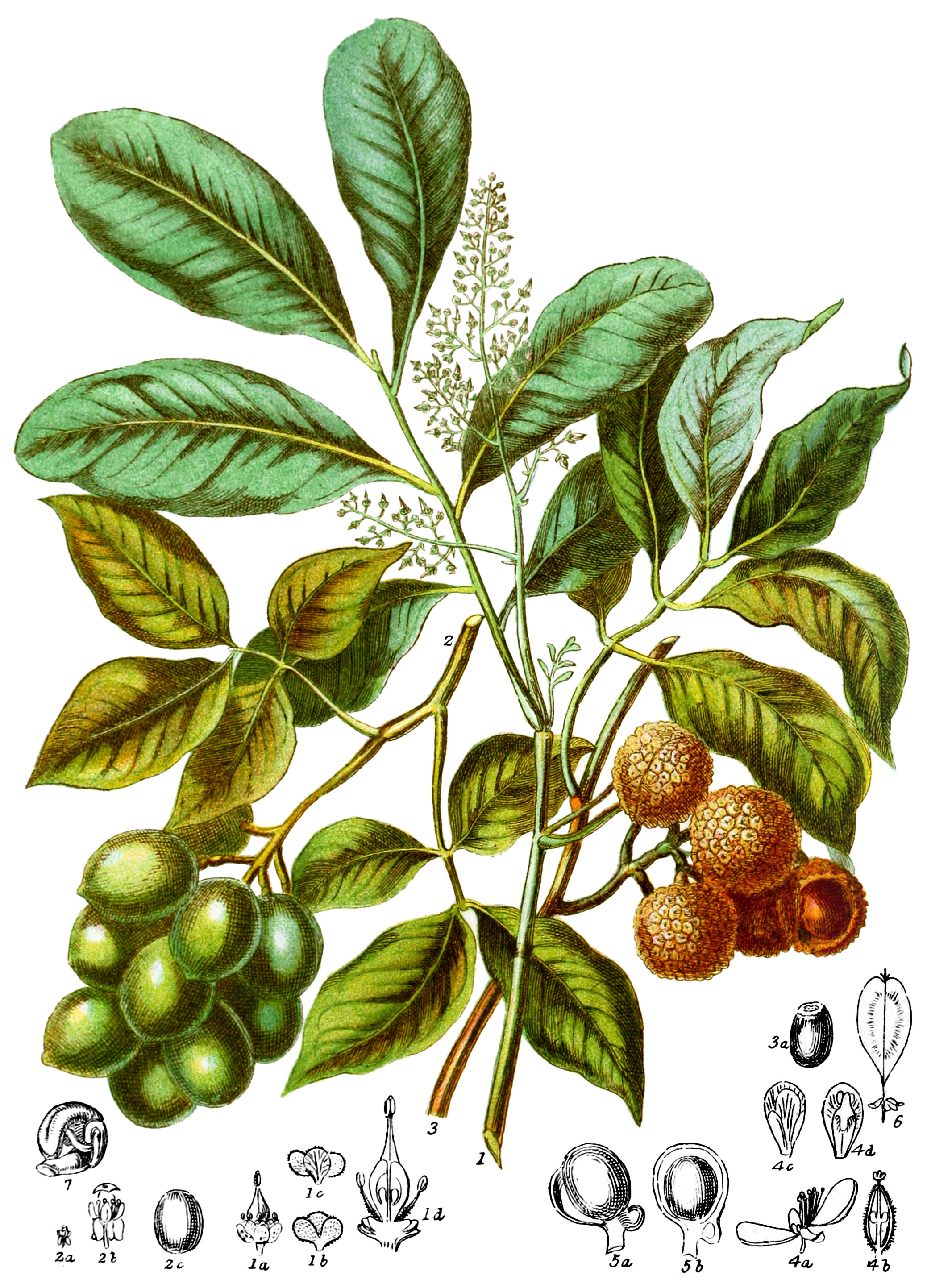 Trees, shrubs sometimes having tendrils, and a few herbaceous climbing plants. The stem has frequently several distinct axes of growth. The leaves are alternate, compound or simple, with or without stipules, often marked with lines or pellucid dots. The flowers are on branching stalks or panicles, small, generally white; the calyx is more or less deeply parted in four or five divisions, imbricated in the bud. The petals are four or five, occasionally absent, alternate with the sepals, inserted on the base of the disk, sometimes having an appendage in the inner side. The disk is fleshy, expanding between the petals and the stamens. The stamens are seometimes in separate flowers, they vary from eight to twenty; the filaments are free or combined at the base; the anthers turn inwards and burst lengthwise. The ovary is three-celled, the style simple, or more or less deeply two or three cleft. The fruit is sometimes a capsule, two or three halved, sometimes extended at the back into a membranous wing, sometimes fleshy and whole. The seeds contain no albumen, the embryo is usually curved or spirally twisted.

This Order has an affinity with the Horse-chesnut and the Maple tribe; with the former, in the saponaceous properties of the fruit; with the latter, in the winged fruit of some species.

The curved or twisted embryo is a general character of the Order, poisonous properties exist in many of the plants.

This Tribe inhavits most parts of the Tropics, especially of South America and India; it is found in Africa. Dodonea represents it in Australia. It is unknown in the United States of America, in Europe, and in all cold countries.

*4 was not pictured in the original illustration.