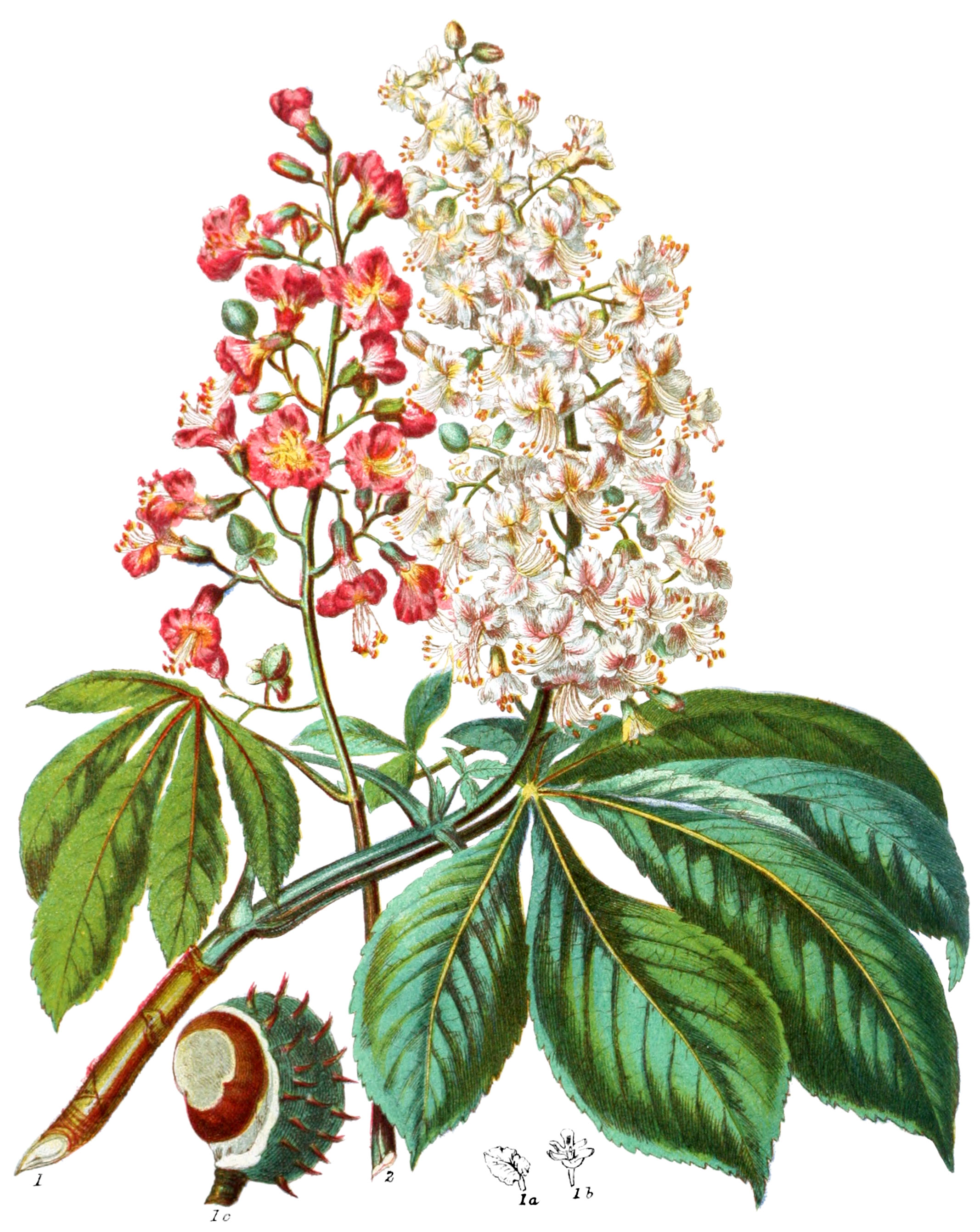 Trees and shrubs; the leaves of which are opposite, compound, with five or seven leaflets, without stipules; the racemes of flowers are terminal, somewhat panicled, the flower-stalks joined to the main-stalk. The calyx is campanulate, with five lobes. The petals are five, occasionally only four, unequal in size; the stamens are seven or eight, distinct, unequal, inserted on a disk. The anthers are turned inwards, and open longitudinally. The ovary is rounded, three-cornered, and three-celled; the style single, slender, conical, and acute; the fruit is coriaceous, one, two, or three valved, spiny or smooth, usually only ripening one seed. The seeds are large, smooth, and shining, with a broad pale hilum or scar; they contain no albumen.

This Order is very closely allied to Sapindaceæ, the Soap-tree tribe, in structure and properties; saponaceous principles existing in the seeds of both.

The few plants belonging to this Tribe are natives of India, Persia, and North America.