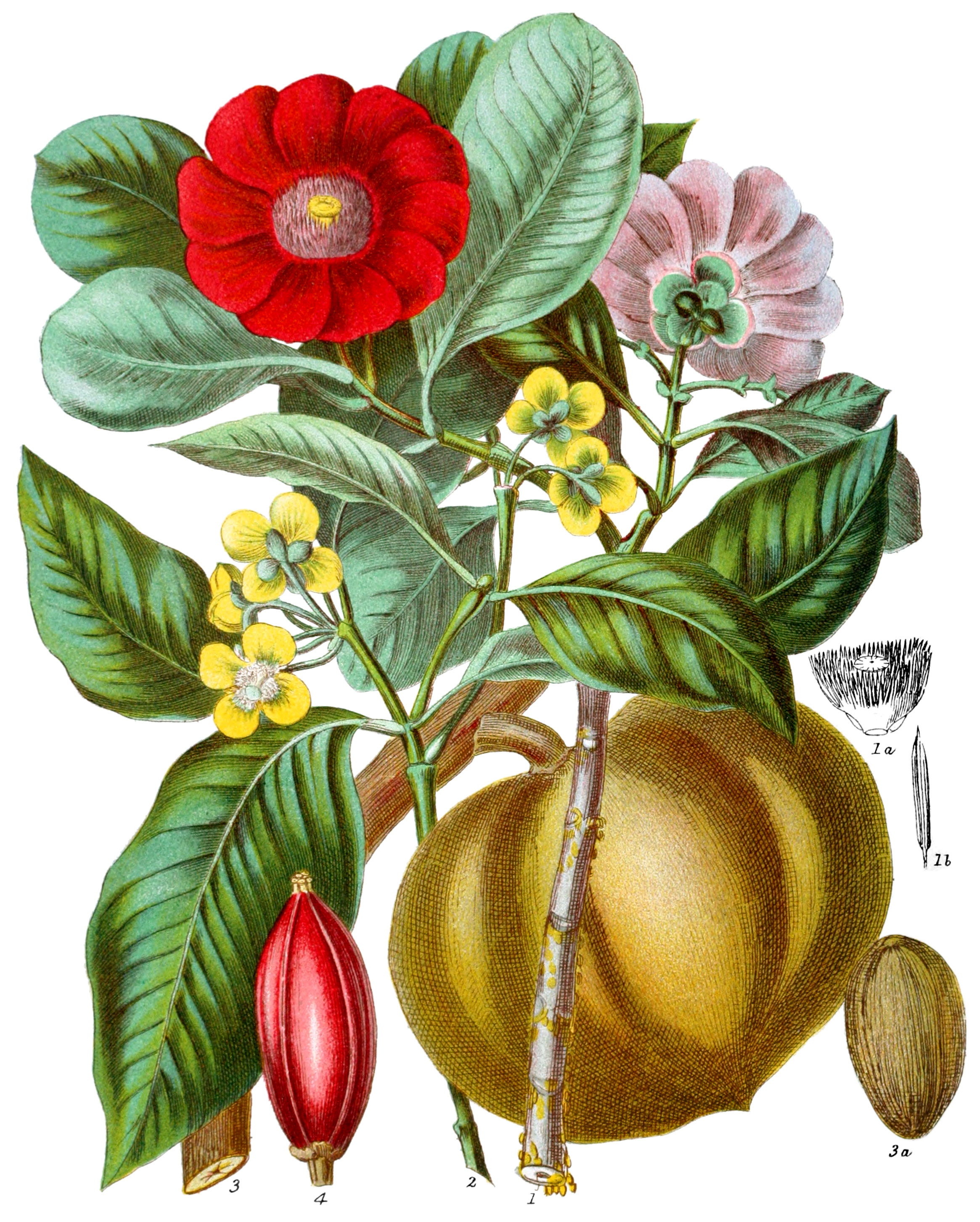 Trees and shrubs, some of which are parasitical; nearly all yield a resinous juice. The leaves are opposite, without stipules, leathery, entire at the edge, with a strong mid-rib, the side veins often running straight to the margin. The flowers are usually numerous, terminal, or from the base of the leaf-stalk, jointed to their stalk, having occasionally stamens and pistils in separate flowers. The calyx has two, four, six, or eight sepals, in alternate pairs, usually persistent, round, membranous, unequal, frequently coloured like petals. The flower is composed of petals equal in number to the sepals of the calyx, sometimes passing insensibly into them. The stamens are numerous, distinct or combined in sets, placed below the ovary, rarely of any definite number; the filaments are of various lengths, the anthers usually bursting inwards, sometimes opening by a pore, or transversely, sometimes immersed in a fleshy receptacle. The ovary is solitary, one or many-celled; the ovules are solitary or numerous. The style is very short or absent; the stigma is circular or radiate. The seeds are often embedded in pulp, their covering thin and membranous, frequently having a torn covering at the base.

This Order has an affinity with Hypericaceæ, but differs in the parts of the flower being of even numbers, instead of five, in the jointed flower-stalk, and in other points.

An acrid, yellow resinous gum is the prevalent secretion of these plants.

All these trees are natives of the Tropics; the greater part belong to South America; a few grow in Madagascar, and on the continent of Africa. Extreme heat and humidity are essential to nearly the whole Tribe.