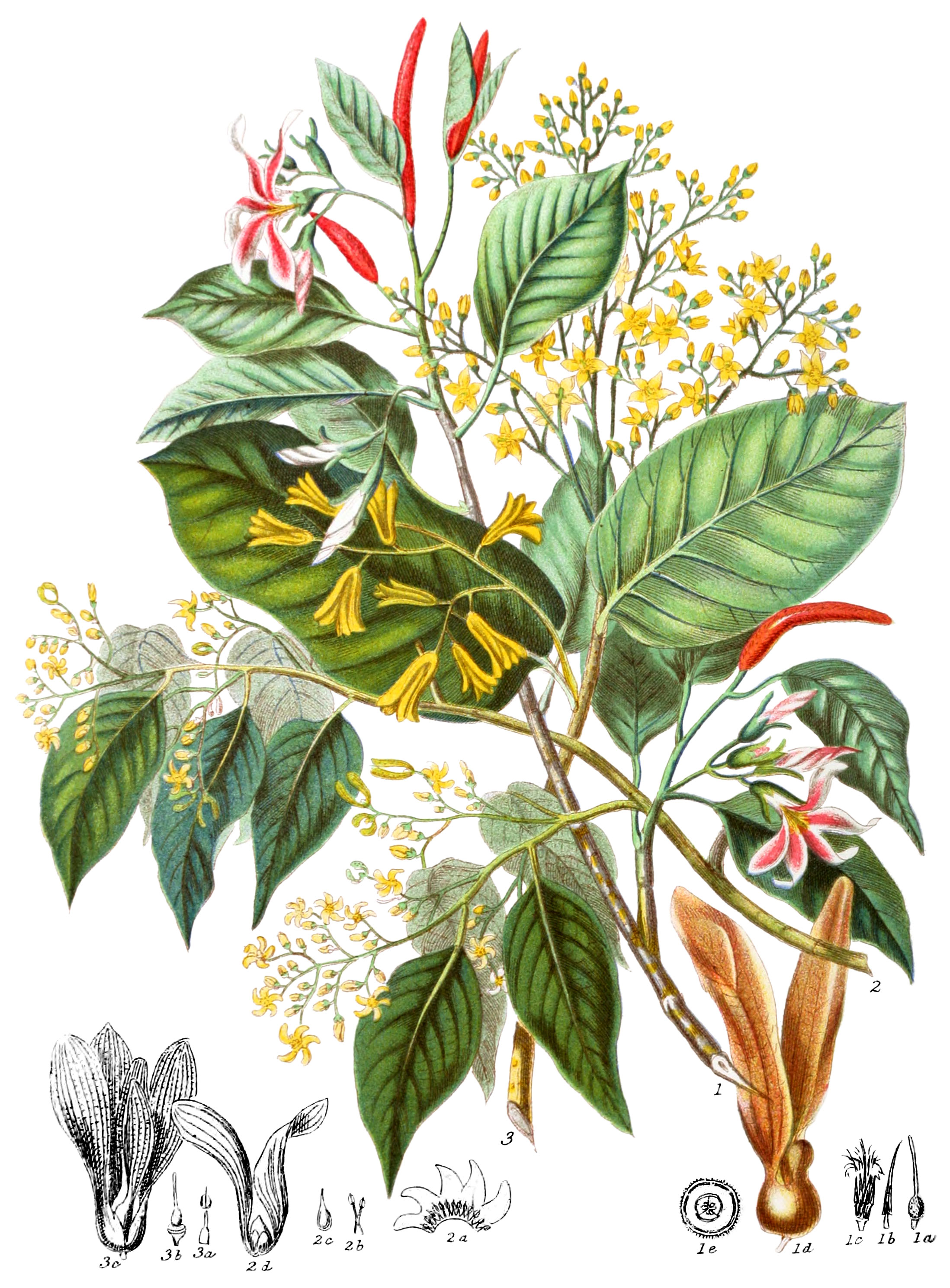 Gigantic trees, abounding in resinous juice. The leaves are alternate, rolled inwards in the bud, with veins passing from the mid-rib to the margin: the stipules are oblong, folded over the leaf-bud, and terminating the branches, like a sheath, until they fall off: the flowers are either solitary or several, from the base of the leaf-stalk, or on terminal branching panicles: the calyx is tubular, imbricated in the bud, five-lobed, unequal, persistent, afterwards enlarged. The petals are five in Dipterocarpus and Shorea, united into one at the base in Hopea, twisted in the bud: the stamens are numerous, distinct, or slightly combined in sets: the anthers are awl-shaped, opening longitudinally towards the point: the filaments are widened at the base: the ovary is above the base of the stamens three-celled, each cell containing a pair of ovules: the styles is single, surmounted by a simple stigma: the fruit is leathery, ripening only one cell, opening by three valves, or remaining closed, surrounded and crowned by the calyx, of which two or more divisions have become enlarged and leafy: the seed is single, without albumen.

The peculiar rolled-in stipules of these trees connect them with the Magnolia tribe; the resinous juice allies them with the Gamboge tribe; the enlarged, tough calyx resembles that of the Hazel-nut; but the limits of the Order are clearly defined, and separate it from all others.

The chief property is a balsamic resin.

The different trees of this tribe are at present unknown in a living state in the Temperate climate of Europe, although many of them would be extremely ornamental, from the stately grandeur fo their form, the noble foliage, the delicate beauty of the flowers, and the singular effect of the large drooping wings of the seed-vessel, often brightly coloured.

This Tribe exists only in Asia, chiefly in India and the islands of the Indian Ocean; in Java it forms the largest trees of the forests. Shorea extends to the most northern boundaries of the tribe, being found at the base of the Himalayas.