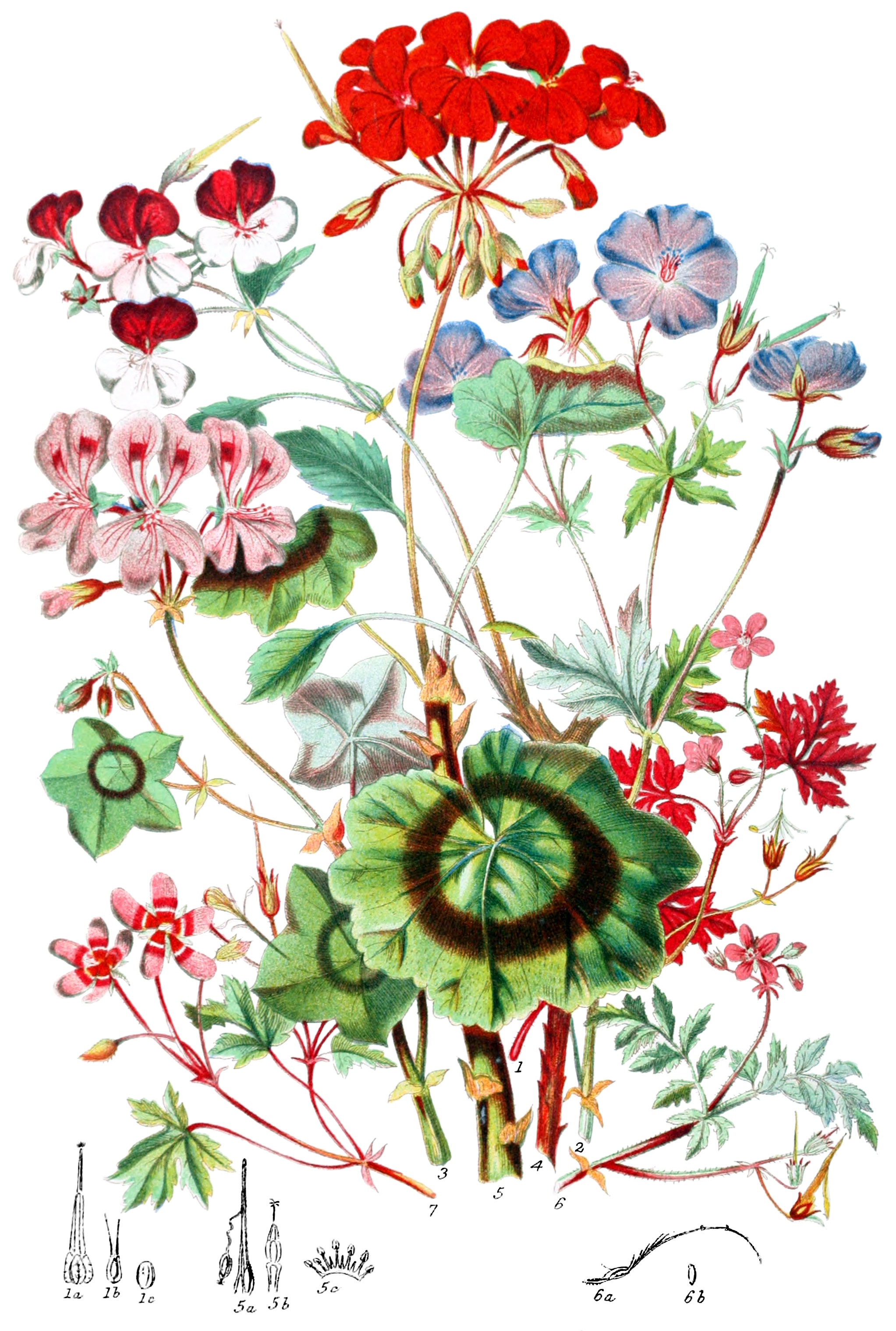 Undershrubs and herbaceous plants, the stems of which are enlarged at the joints, and separable when young. The leaves are mostly simple, the lower opposite, the upper alternate, with membranaceous stipules. The roots of some are tuberous. The calyx is formed of five persistent sepals, ribbed, more or less unequal, the lower sepal sometimes spurred at the base, or prolonged into a hollow nectary down the flower-stalk. The petals are five, seldom four, clawed at the base, twisted in the bud, equal or unequal, alternate with the sepals, attached to the ovary, or to the calyx. The stamens are usually united at the base in one set around the pistil, the same number as the petals, or twice or thrice as many; the anthers are two-celled, opening lengthwise, some occasionally abortive. The ovary is composed of five carpels place round a central column, to which the five styles cohere. The fruit is formed of five membranous carpels round the hardened beaked axis, separating and bending backwards when ripe by the elastic twisting of the styles: the seeds are solitary, without albumen.

The separable joints of this Order associate it with Vines; the united stamens, and the general habit connect it with the Mallow tribe.

All the plants are harmless, in general slightly acid, sometimes astringent, some secrete fragrant resin and essential oil.

This Tribe is distributed in unequal portions over various parts of the world; Germanium and Erodium principally throughout the plains of the northern hemisphere, being found in Europe and North America; a few only extend to Siberia; some species belong to the mountains of Northern Asia. Pelargonium abounds chiefly at the Cape; a few have been discovered in New Holland, and some inhabit the Island of St. Helena.