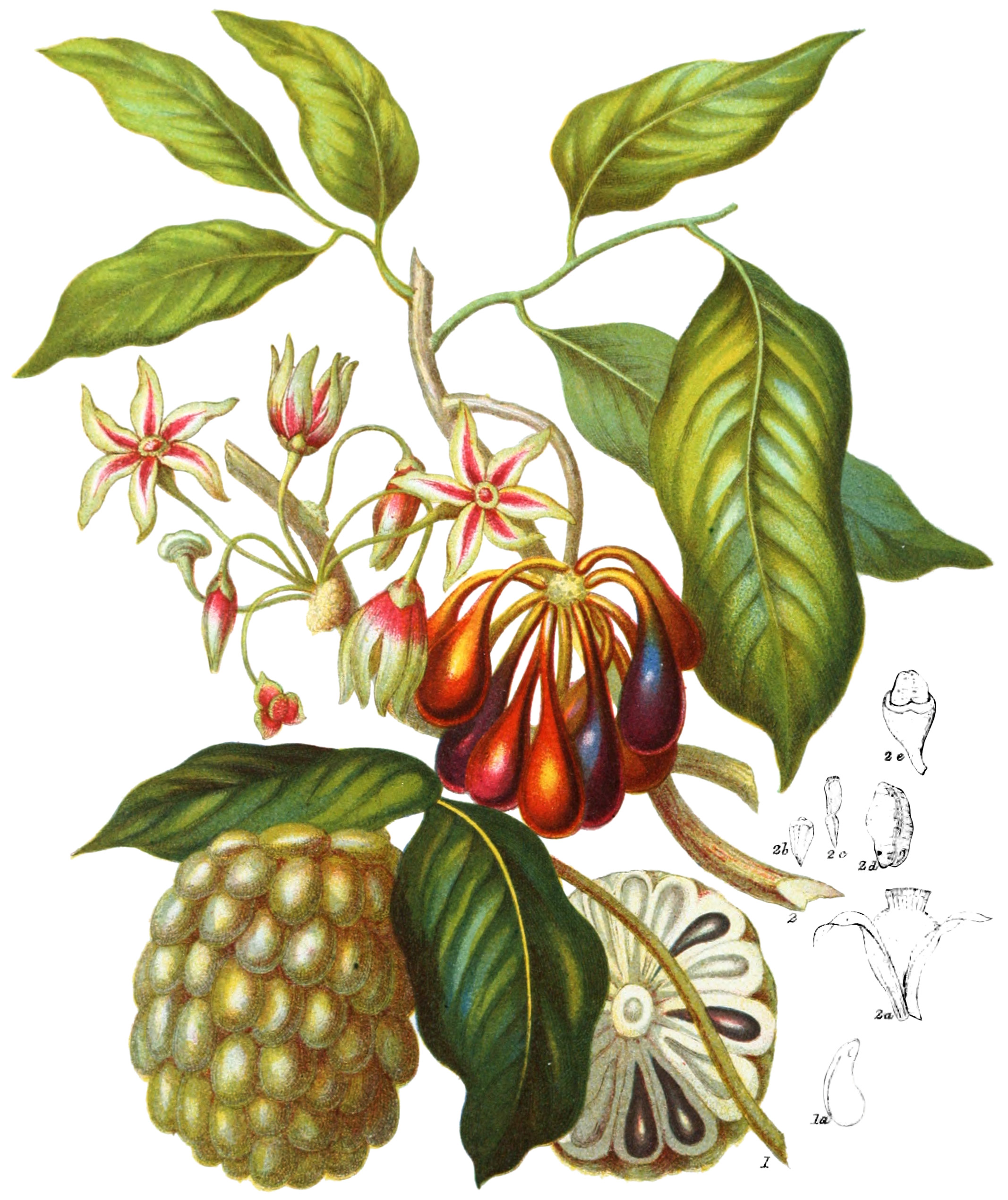 Trees and shrubs, with simple leaves growing alternate on the stem, without stipules. The flowers are usually of a pale-green colour, or brown, growing from the base of the leaf-stalk, solitary, or two or three together. The calyx is composed of three sepals, in most cases partly cohering together. The petals are very rarely wanting. The stamens are of indefinite number, placed closely together, having short angular filaments, and anthers sometimes bearing honey at their angular base. The styles are short, and the stigmas simple. The fruit is composed of many carpels, which are either succulent or dry, sessile or stalked, united in a fleshy mass, as in Anona, or separate, as in Guatteria.

This order is dispersed throughout the tropical region of the world; a few of the plants extend beyond them; some have been naturalised in remote stations by cultivation in colonies, especially the Custard-apples and Cherimoyer. Three species of Anona have now become general in India. Guatteria, Uvaria, and Artabotrys, also grow there; a few species are scattered as far as 45° of North latitude on the hills about Monghir, on the Ganges, in Hindostan.