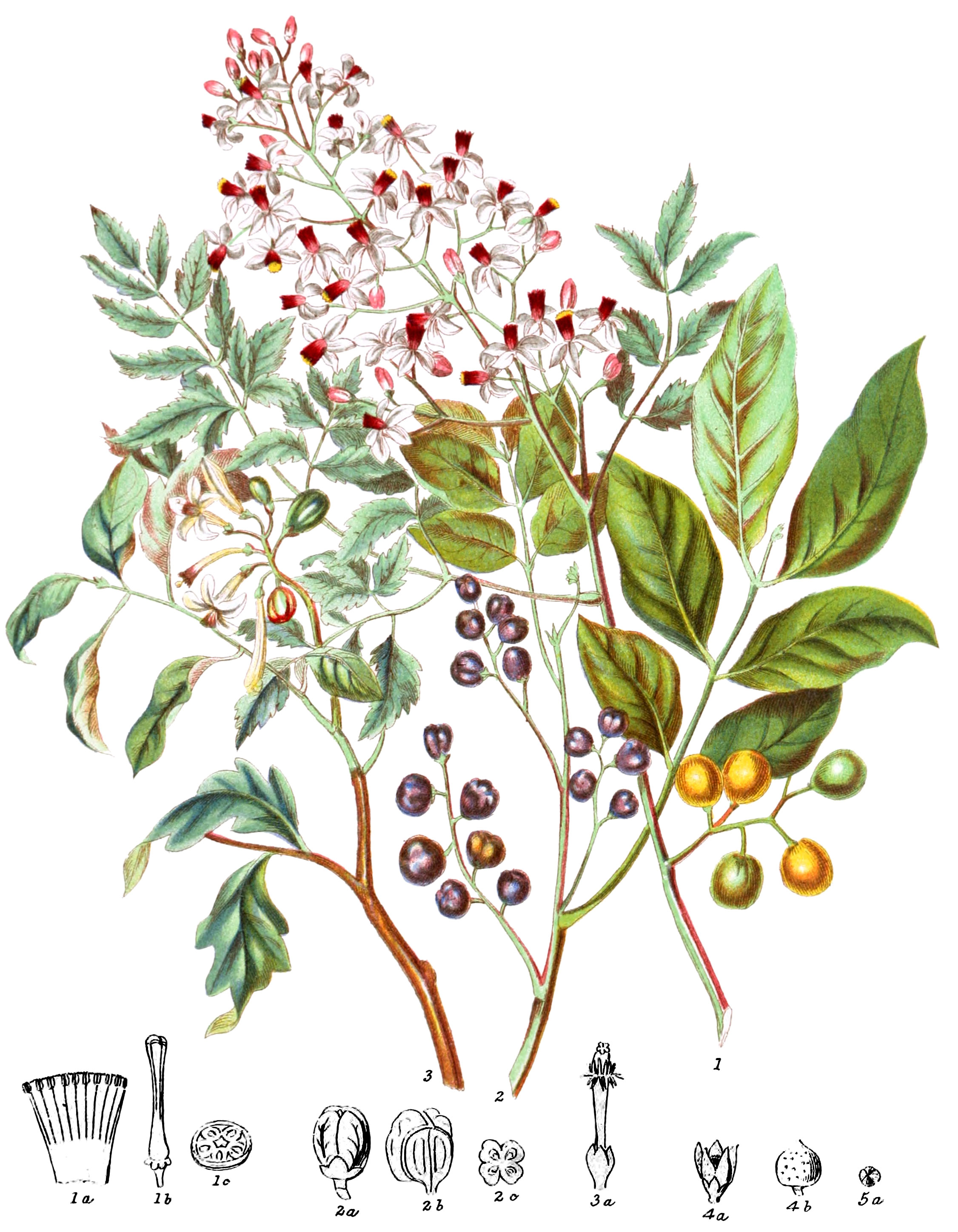 Trees and shrubs, the leaves of which are alternate, occasionally nearly opposite, simple or pinnate, without stipules. The flowers are sometimes imperfect in pistils and stamens; the sepals of the calyx are three, four, or five, partly united; the petals are the same number, attached below the ovary, conniving or cohering at the base. The stamens are twice as many ase the petals, the filaments cohering and forming a long tube, the anthers seated within the orifice of the tube, which is slightly expanded and notched. The disk is often very large, surrounding the ovary like a cup; the ovary is single, having usually as many cells as the number of petals; the style is single; the stigmas are distinct or combined. The fruit is a berry, or a drupe, or a dry capsule, often one-celled; the seeds are without wings; those of Melia and others contain a fleshy albumen; Those of Trichilia and a few more have none.

These trees have relation to the Soap-tree and Mahogany tribes.

Bitter, astringent, and tonic properties exist throughout the Tribe; a few species are poisonous.

The plants of this Tribe are found in almost all parts of the world; most abundantly in Asia and America; Hartighsea exists in New Zealand; Melia Azedarach extends as far north as lat. 40°; beyond the Tropics the species are rare.