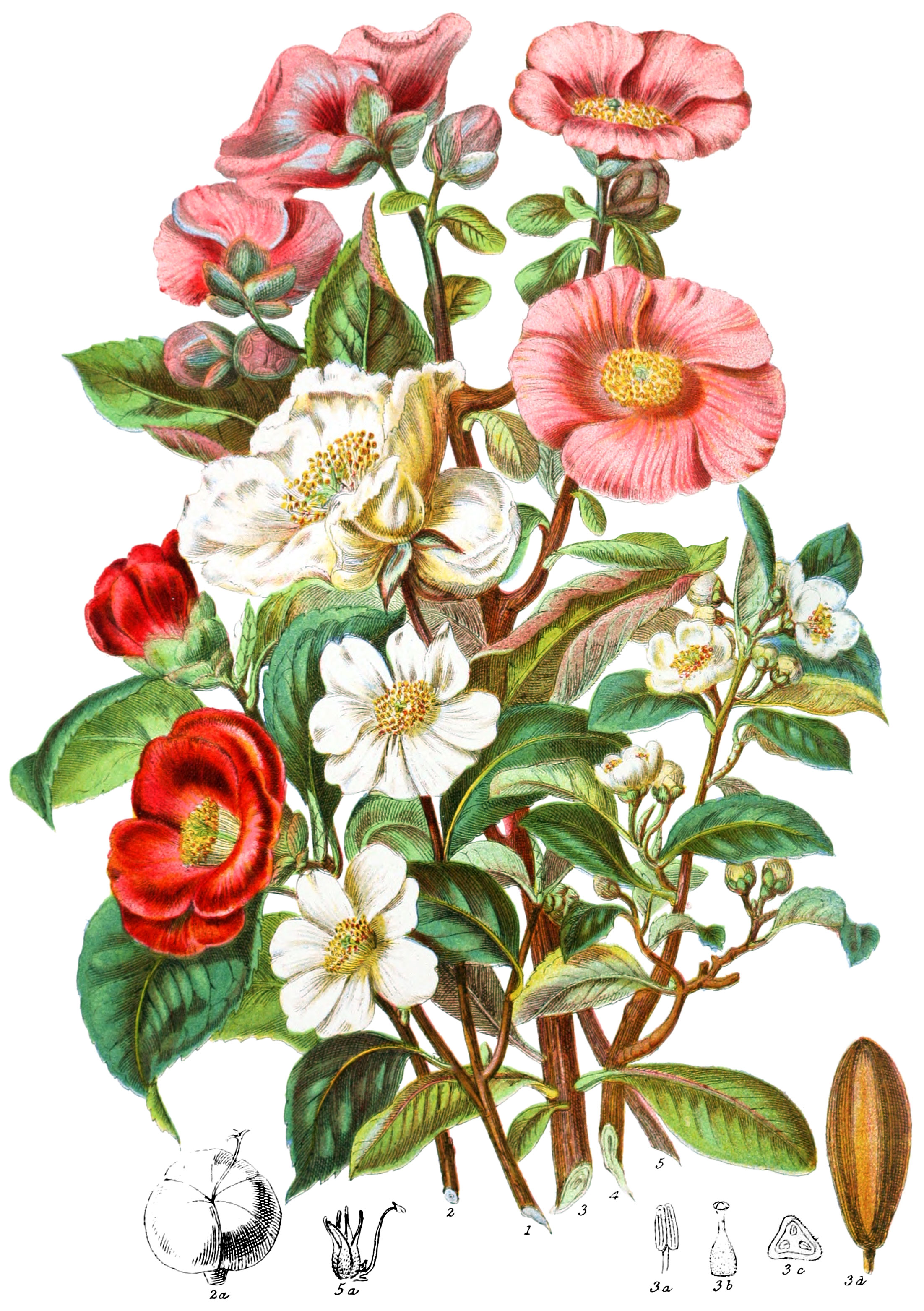 Trees and shrubs; the leaves of which are alternate, coriaceous, generally without stipules, usually undivided, occasionally with pellucid dots. The flower-stalks grow either from the base of the leaf-stalk, or at the ends of the branches, and are jointed at their base. The flowers are generally white, sometimes red. The sepals of the calyx are five, or seven, concave, corieaceous, soon falling off, the innermost often the largest. The petals are five, six, or nine, not always equal in number to the sepals; often combined at their base. The stamens are many, the filaments slender, united in one or many sets, or distinct; the anthers are two-celled, opening lengthwise; the ovary contains several cells, th estyles are from three to seven, slender, more or less combined. The capules is from two to seven-celled, opening when ripe in various ways; sometimes rough and leathery, and not gaping, usually with a central column, to which the few large seeds are attached.

The chief known properties of this tribe are, the abundant oil contained in the seeds, and the tonic astringency of Thea, combined with a fragrant and stimulating volatile principle.

The greatest portion of the finest trees and shrubs of this Tribe are to be found in South America, although those best known in Europe are from china and North America. A few only are natives of Asia; one belongs to Africa.