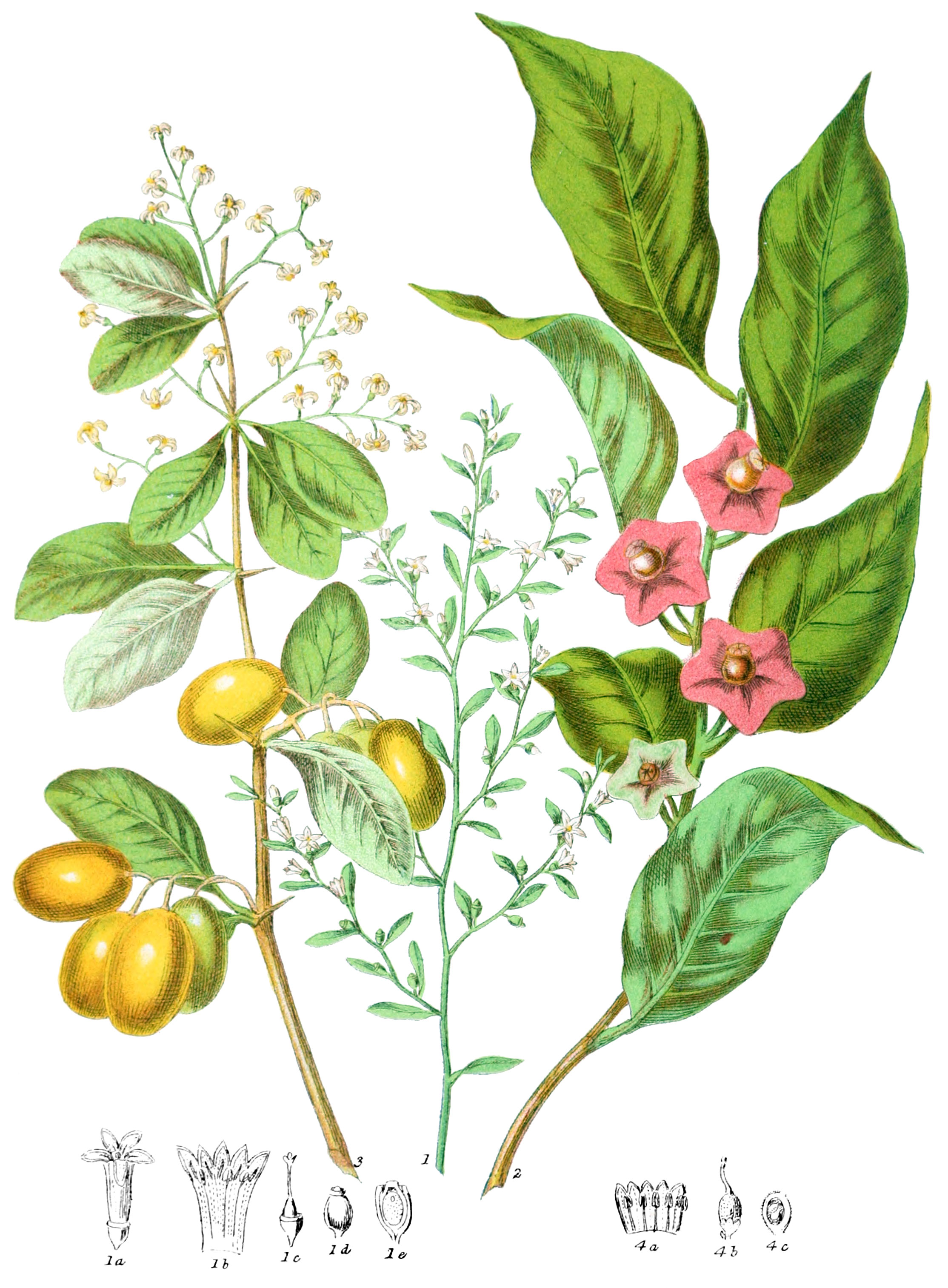 Trees and shrubs, often having spines. The leaves are alternate, simple, rarely compound, entire at the edges, without stipules; occasionally wanting. The flowers are small, growing from the base of the leaf-stalks, often sweet-scented; the calyx is small, entire or slightly toothed, often becoming enlarged and fleshy. The petals are four or six, somewhat leathery, attached to the base of the ovary, valvate in the bud, either altogether separate or cohering in pairs by means of the stamens; the central vein of the petals is usually hairy or furrowed. The stamens are generally not all perfect; the imperfect are opposite the petals, to which they in part adhere; the perfect are alternate with the petals and cohere with them; the anthers are oblong, two-celled, and burst longitudinally. The ovary is free or partially adherent to the calyx, placed in a disk which is sometimes thickened and united with the calyx, one-celled, or imperfectly three or four-celled; containing one, two, or three ovules. The style is slender, the stigma simple, the fruit somewhat drupaceous, not gaping, often invested by the enlarged calyx, one-celled, and one-seeded; the seed is pendulous, and contains abundant fleshy albumen.

This small Tribe appears to have the most affinity with the Orange and the Rue tribes.

These plants are harmless; some are eatable.

The few trees and shrubs of this Tribe belong entirely to the Tropics, or those countries immediately adjoining; existing in the East Indies, Africa, South America, and New Holland; one only is known in the West Indies.