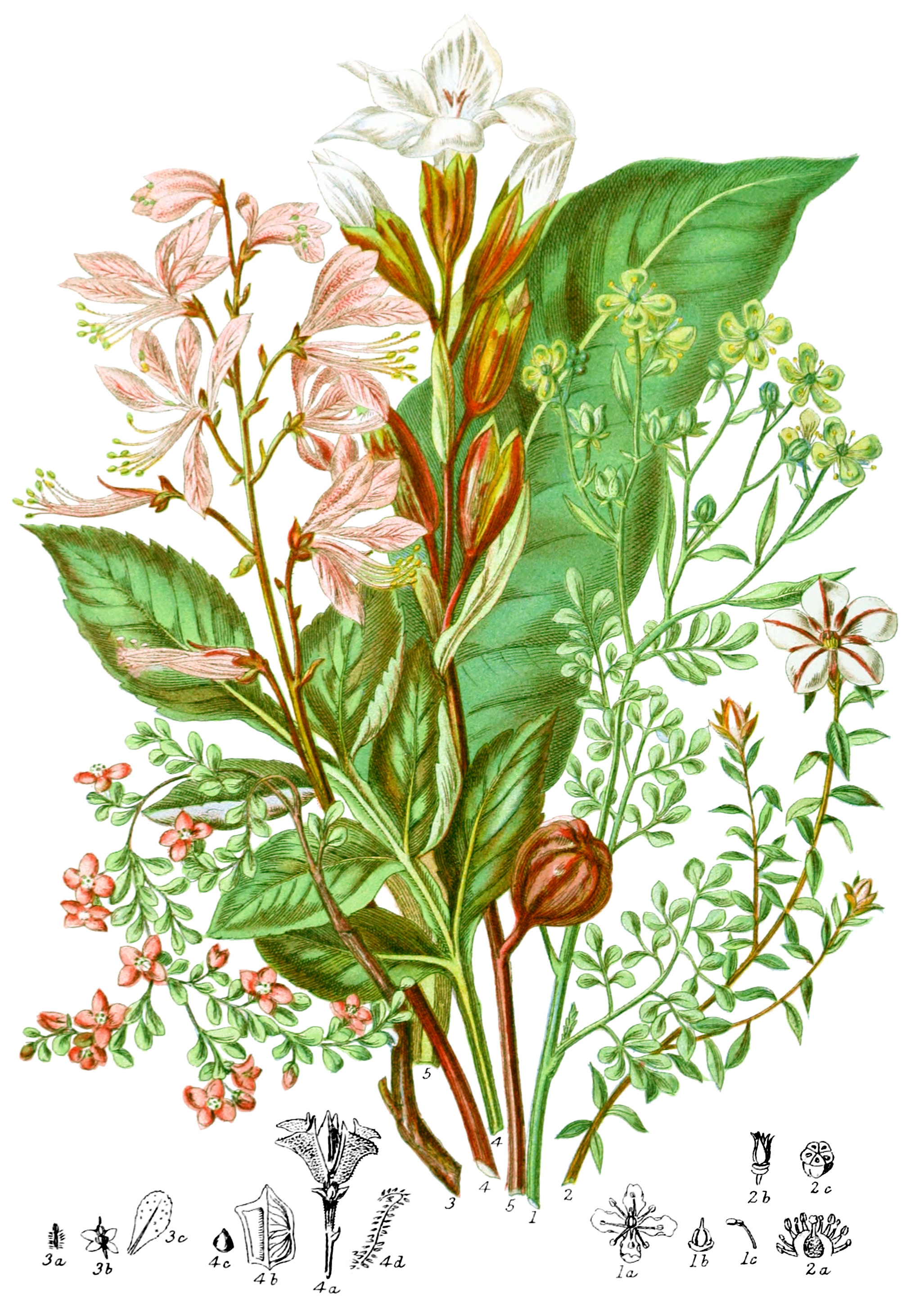 Trees and shrubs, and some herbaceous plants: the leaves are opposite or alternate, simple or pinnate, covered with minute pellucid dots, without stipules. The flowers are on terminal stalks, or grow from the base of the leaf-stalks, are perfect, regular or irregular; the calyx has either four or five division; the petals are either as many as the divisions of the calyx and distinct, or combined into a monopetalous corolla, or occasionally absent. The stamens are equal in number to the petals, or twice or thrice as many, usually growing from the base of the ovary, placed outside the disk which surrounds it; either free or united with the base of the petals. The fruit consists of several carpels cohering firmly, or more or less distinct; the seeds two or solitary; those of Ruta and its immediate allies contain albumen; those of Diosma and its allies have none.

The abundant oily receptacles of these plants connect them with the Orange tribe, but the dry separable fruit forms an obvious distinction.

An essential oil of powerful odour, and extreme bitterness, are the prevailing properties of the Rue tribe.

It may be remarked of this tribe, as of several others so widely dispersed, that the species on the limits of its geographical distribution in cool climates, possess only slightly developed properties, and are of comparatively little value to man; whilst those plants which are natives of the hot regions have powerful properties, rendering them extremely valuable to the inhabitants of the countries where they grow.

This Tribe is dispersed in every quarter of the globe; some species extend over the southern portion of the Temperate zone, Ruta and Dictamnus advance into the south of Europe. Diosma and its immediate allies abound at the Cape of Good Hope; Boronia, Correa, and others, are natives of Australia; Cusparia and several more inhabit the equinoctial regions of America.