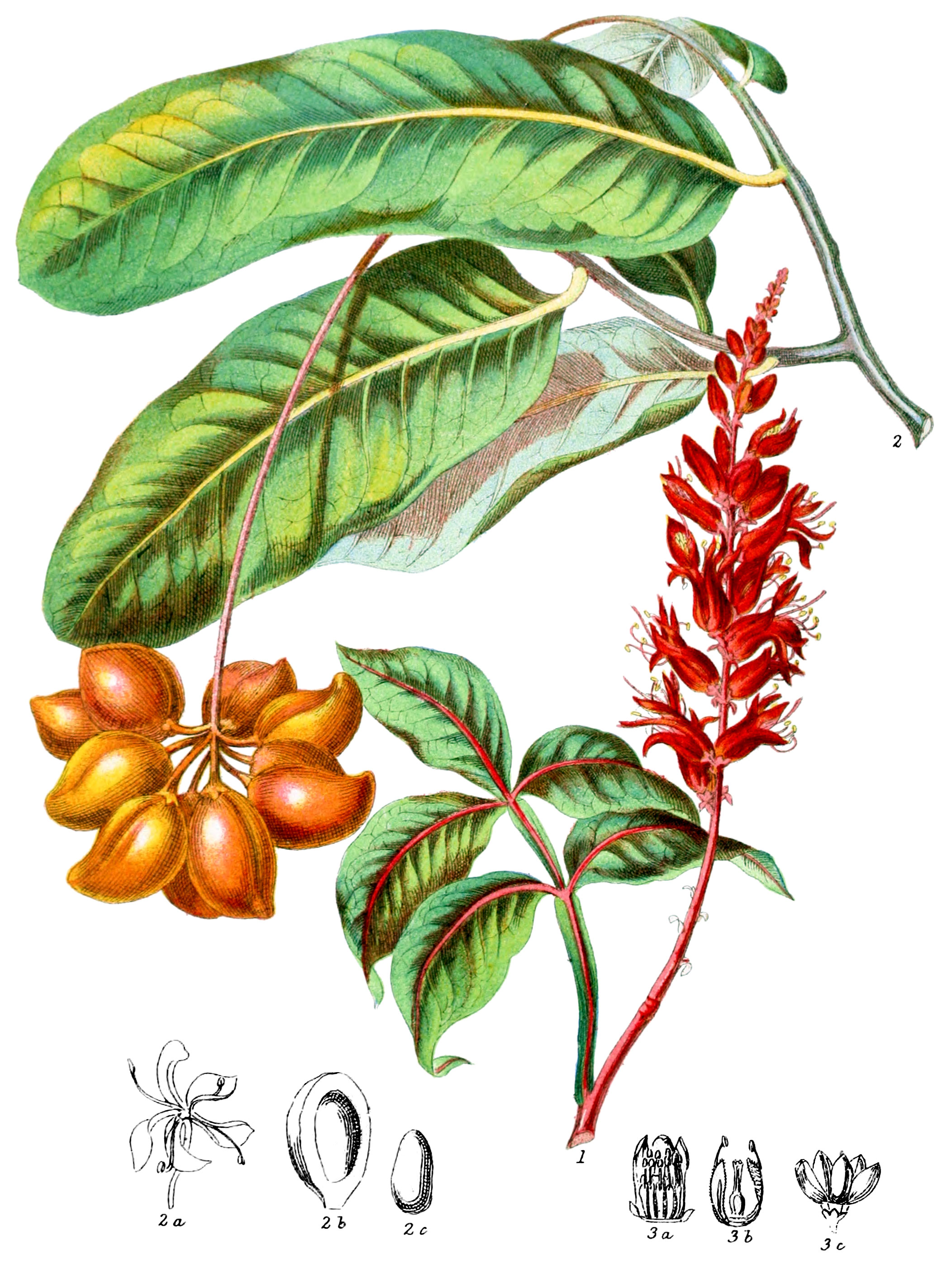 Trees and shrubs; the leaves are alternate, usually compound, occasionally simple, without dots. The flowers are at the end of the branches, or grow from the base of the leaf-stalk; the petals are green, whitish, or red; the stamens and pistils are sometimes in separate flowers. The calyx is small, thick, parted into four or five divisions at the top; the petals are of the same number, much longer than the calyx, generally combined into a tube at the base, spreading or twisted; usually of a greenish hue, white or red. The stamens are usually ten, each arising from the back of a hairy scale growing at the base of the pistil, five generally losing their anthers before the rest. The ovary is four or five lobed, placed on a stalk, from the base of which the stamens arise; it has four or five cells, each cell containing one ovule; the style is simple, the stigma occasionally four or five lobed. The fruit consists of four or five drupes arranged around a common receptacle, not gaping when ripe. The seeds are pendulous, with a membranous covering and contain no albumen.

These plants have affinity with the Rue tribe, but may be readily distinguished by the want of dots in the leaves, and by the seed-vessels remaining closed.

An intense bitterness in all the parts is their chief characteristic.

The Tropics of Asia, Africa, and America, are the regions favourable to this Tribe; Nima belongs to the Himalayas.