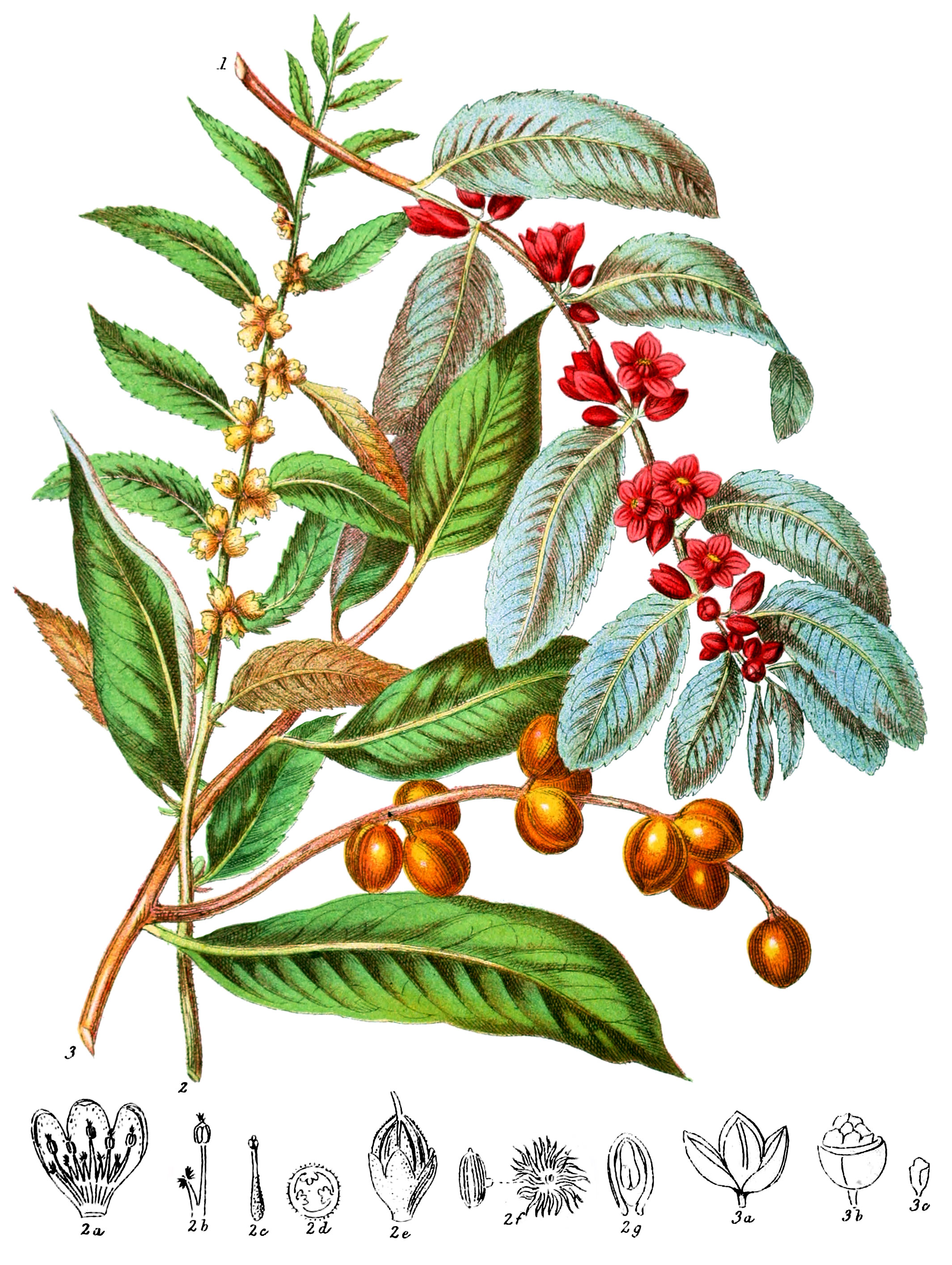 Trees and shrubs; the leaves are alternate, on short stalks, simple, entire at the edges or toothed, evergreen, with stipules at their base; usually having pellucid dots and small oblong lines. The flower-stalks grow from the base of the leaf-stalks, and are solitary or numerous; the calyx has four or five sepals more or less cohering at their base, usually coloured inside, and folded over each other in the bud; the petals are wanting. The stamens arise from the tube of the calyx, and are two, three, or four times as many as the sepals. The filaments are united at the base, and either all bear anthers, or are alternately shorter and surmounted by a tuft of hairs; the anthers are erect and ovate, two-celled. The ovary is above the calyx, one-celled; the style single and thread-like; the stigma capitate or slightly lobed; the ovules many, attached to plates on the sides of the ovary. The capsule is leathery, with one call and three or five valves, many-seeded, the valves gaping imperfectly when ripe, often somewhat pulpy within. The seeds are fixed irregularly on the valves, with a fleshy fringed covering; they contain oily or fleshy albumen.

This small tribe has a few points of affinity with several others, but it is easily distinguished by the mingling of round and oblong pellucid dots on the leaves.

The bark and leaves have slightly astringent properties.

This Tribe belongs entirely to the Tropical regions of the world; the South American species are most abundant; those of Asia and Africa are few and little known.