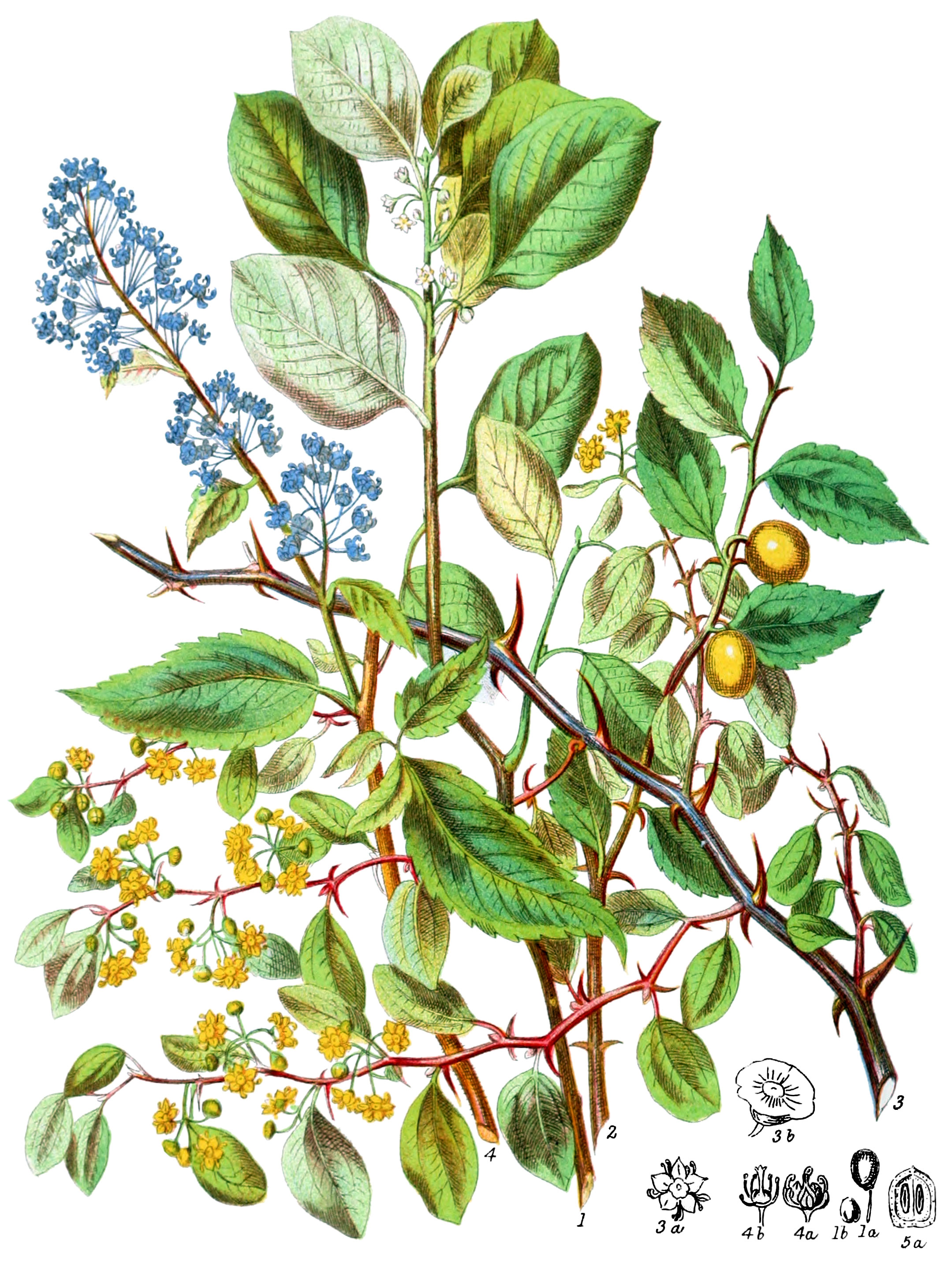 Trees an shrubs, which are often spiny; leaves simple, alternate, very seldom opposite, occasionally having minute stipules. Flowers small, generally green, growing either from the base of the leaf-stalk, or at the ends of the branches, sometimes not containing both stamens and pistils, the calyx is four or five cleft, the petals are distinct, hooded, or twisted, inserted into the orifice of the calyx, occasionally wanting. The stamens are five, placed opposite the petals, the fruit is fleshy and whole as in Rhamnus, or dry and separating into three divisions as in Ceanothus, the seeds are erect with fleshy albumen.

The bark and berries of Rhamnus contain dyeing properties, as well as medicinal remedies.

This Order has affinity with Byttneriaceæ.

This Tribe is found in nearly every part of the world, except in the Arctic Zone. The largest portion is said to be dispersed through the hottest countries of the United States, the south of Europe, the north of Africa, Persia, India, the Cape of Good Hope, and New Holland. A few genera appear to be limited to particular countries, as Ceanothus to N. America, Phylica to the Cape, Cryptandra and Pomaderris to New Holland.