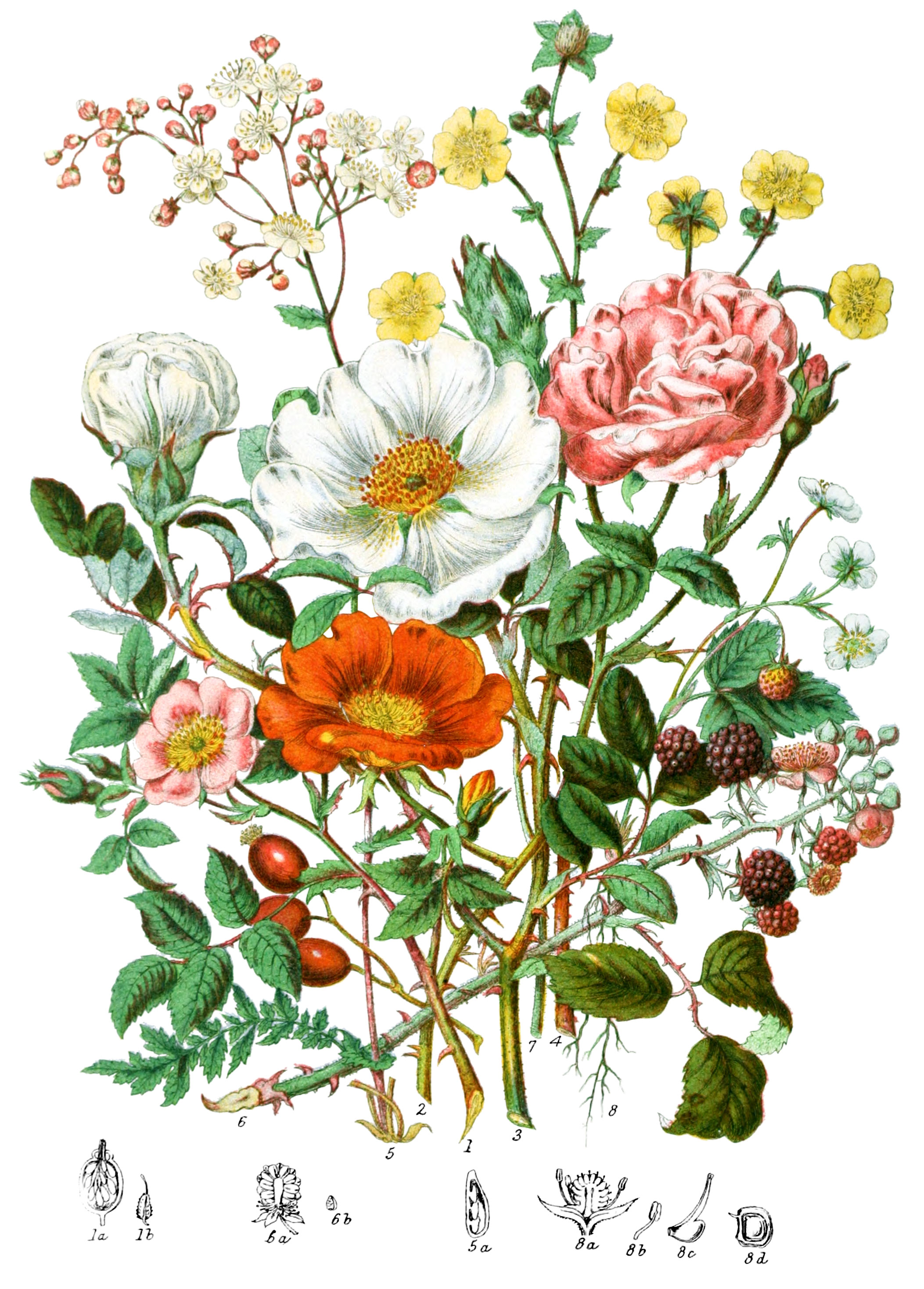 Shrubs and herbaceous plants. The leaves ar esimple or compound, alternate, often having a pair of stipules at their base, occasionally dotted. The flowers vary in form and size, and are variously arranged, occasionally imperfect. The calyx is three, four, or five-lobed, with a disk either lining the tube or surrounding the orifice; the fifth lobe placed next to the stem. In the true Roses the calyx tube becomes fleshy and covers the fruit; in Potentilla and others it remains herbaceous, and the fruit is a mass of Achenia. The stamens are of definite number, or many, arising from the calyx, curved inwards in the bud; the anthers are two-celled, bursing lengthwise; occasionally one-celled, bursting transversely. The ovaries are above the calyx, solitary or several, one-celled, sometimes cohering. The styles are many or single, stigmas compound or simple. The fruit is various, containing a one-seeded nut, or seeds; the seeds have no albume.

This tribe has close affinity with the Apple and Almond tribes; but the fruit clearly distinguishes each.

Astringent tonic juices and wholesome fruits are the characteristics of these plants.

This Tribe inhavits chiefly the Temperate or cold climates of the northern hemisphere; a few species are natives of high land within the Tropics; several belong to the Himalayas; a few only to South America. Rubus Jamaicensis is the only example in the West Indies. The apetalous plants represent the Tribe at the Cape of Good Hope.

*5a was not named in the original description.