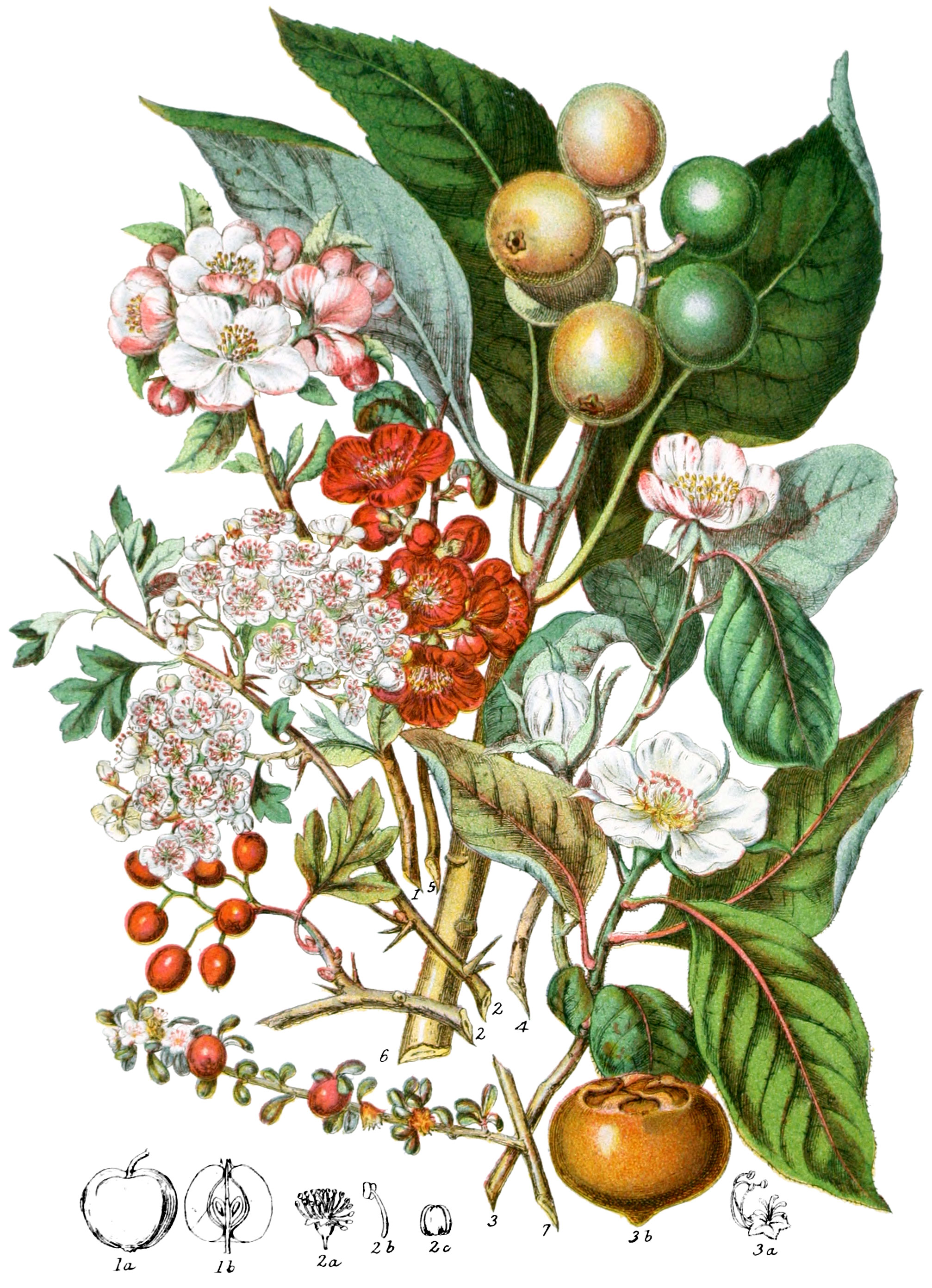 Trees and shrubs. The leaves are alternate, simple or compound, with stipules. The flowers are solitary, or in terminal clusters, usually white or pink; the calyx is adherent, five-toothed, the odd segment placed behind. The petals are five, clawed at the base, inserted into the calyx, the odd petal placed in front. The stamens are of indefinite number, inserted in a ring in the calyx. The ovaries are from one to five, adhering more or less to the sides of the calyx and to each other; the styles are from one to five, the stigmas simple; the fruit is one to five-celled, the seeds solitary, without albumen.

The Apple tribe is closely allied to the Rose tribe, but is distinguished by the fruit being a fleshy pome, and the seeds placed side by side, instead of one over the other.

Beautiful flowers and eatable fruit are the chief characteristics of this Tribe. Pears contain small stony concretions in their cellular substance.

This Tribe is found plentifully in Europe, Northern Asia, the mountains of Nepal, and North America; it is rare in Mexico, exists in Africa only on the northern shore, is unknown in Madeira, as well as in the whole southern hemisphere; a solitary species belongs to the Sandwich Isles.