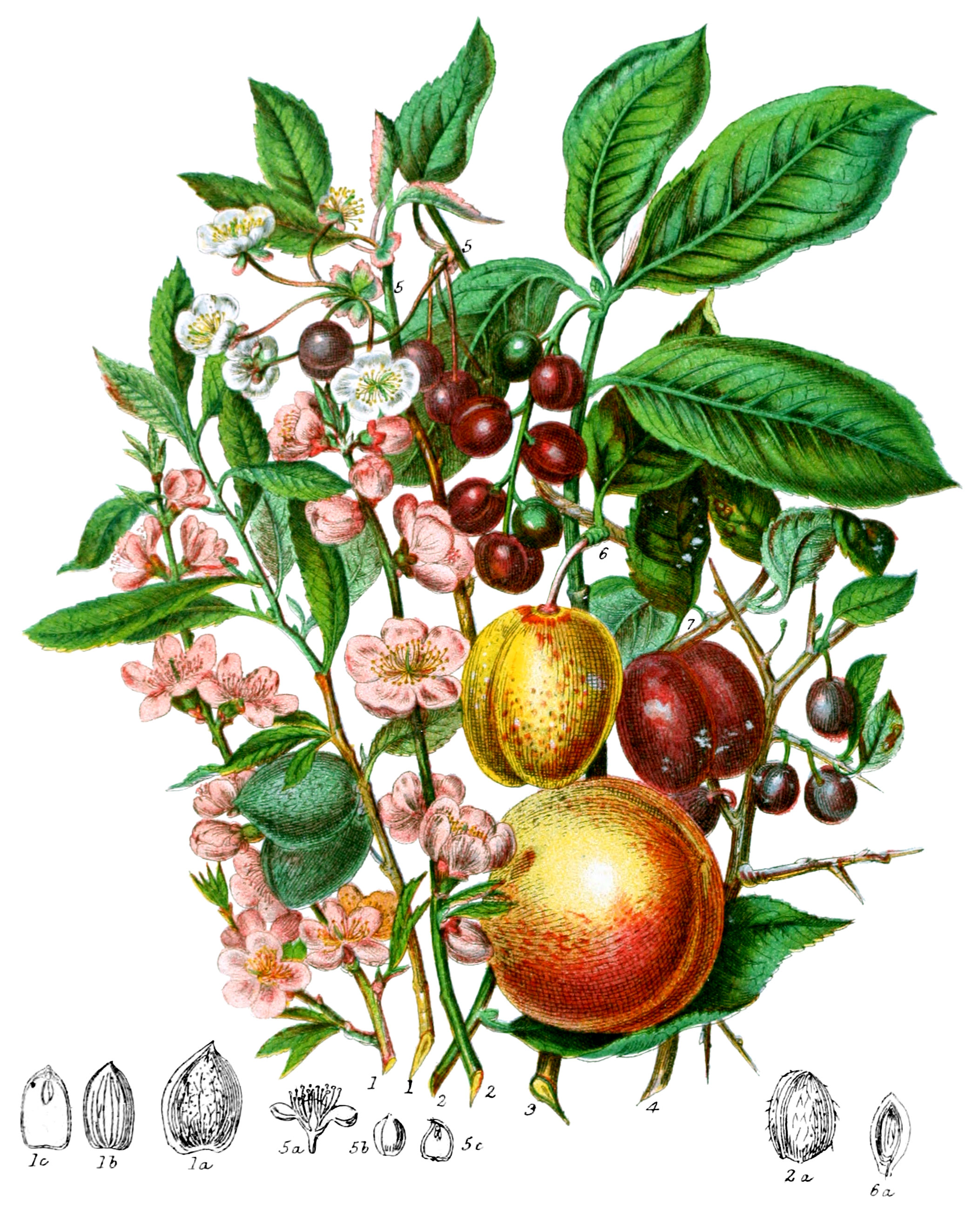 Trees and shrubs; the leaves are simple, alternate, usually having small glands towards the base; the stipules are simple, mostly glandular. The flowers are either single or in umbels; the calyx is five-toothed, lined with a disk, deciduous, the fifth lobe next the stem or axis, as in the Rose tribe: the petals are five, placed on the calyx. The stamens are about twenty, arising from the throat of the calyx, curved inwards in the bud; the anthers are two-celled; the style is terminal, with a furrow on one side, terminating in a kidney-shaped stigma. In Chrysobalanus and its allies the styles proceeds from the base of the ovary. The fruit is a drupe, the pulpy substance sometimes separating spontaneously from the shell; the seed is generally solitary, suspended in the shell, contains no albumen.

This tribe is distinguished from Rose and Apple tribes by the fruit being a simple drupe, by the secretion of prussic acid, and by the bark exuding gum; the latter property shows affinity with the Mimosa amongst the Leguminous plants.

This tribe belongs to the cold and Temperate regions of the northern hemisphere, with very few exceptions; Chrysobalanus and its allies are natives of the tropics of Africa and America.