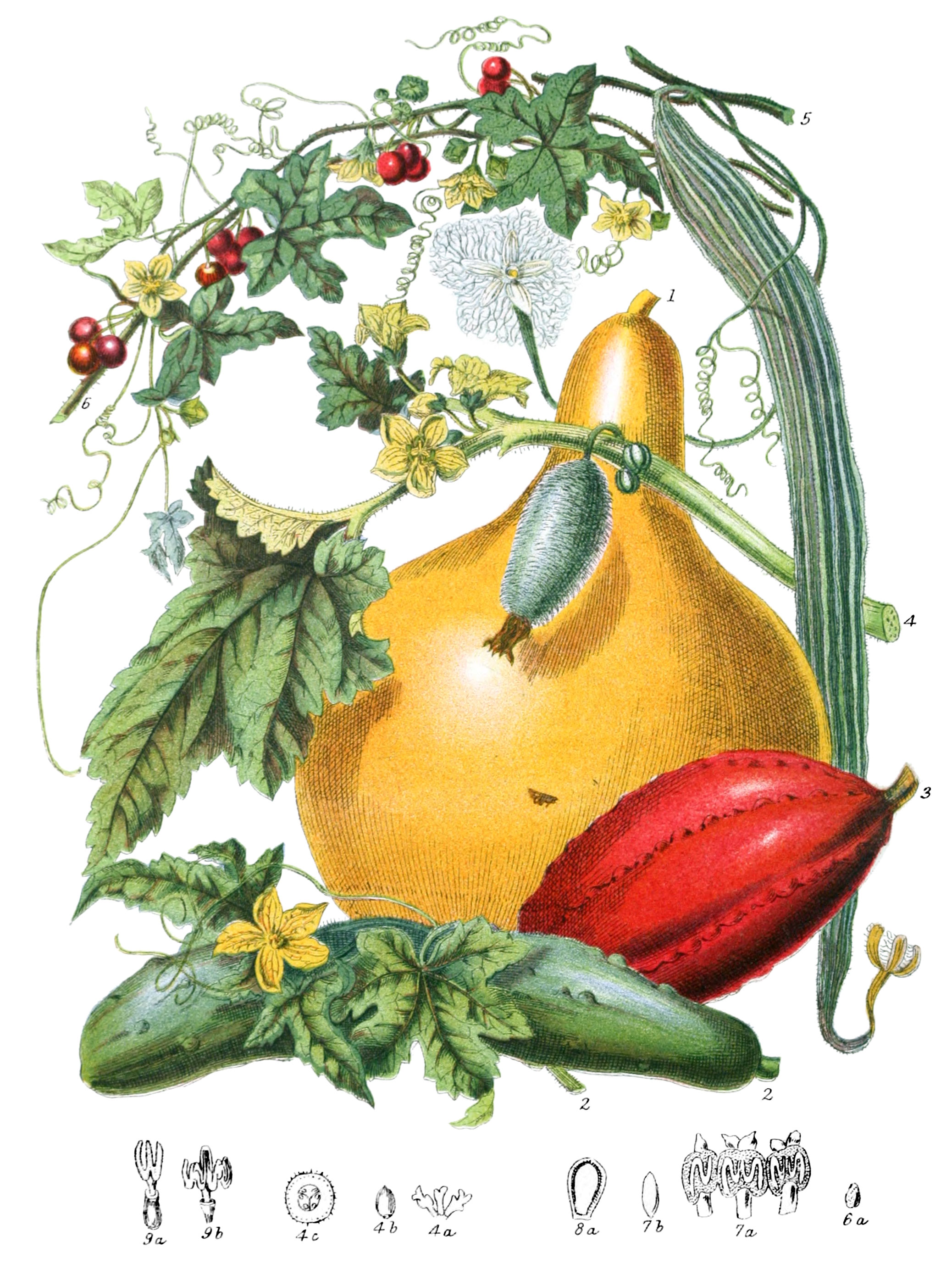 Herbaceous plants, with annual or perennial roots, fibrous or tuberous. The stem is generally brittle or succulent, trailing and climbing by the aid of tendrils. The leaves are usually five-parted, or have five distinct ribs; sometimes they are triple or heart-shaped, rough, with small warts or hairs. The flowers are white, yellow, or red; occasionally small and green. The stamens and pistils are in different flowers; the calyx is five-toothed; the corolla is five-parted; sometimes scarcely distinguishable from the calyx, having well-developed cells, and strongly-marked veins; sometimes fringed at the edges as in Tricosanthes (5). The stamens are five, either distinct, or in two pairs, with one single, inserted on the corolla, alternate with its divisions: the anthers are two-celled, very long and waving. The style is short, stigmas thick, downy, lobed, or fringed. The fruit is more or less succulent, crowned by the remains of the flower. The seeds are ovate, flat, or rounded, enveloped in a skin, which is either juicy or dry and membranous, often thickened at the margin, as in the vegetable marrow (8);* sometimes winged; they contain no albumen.

These pants have affinity with the Loasa and Evening Primrose tribe.

Acrimonious juicy plump and oily seeds are the chief characteristics of the fruits.

This Tribe inhabits hot countries in both hemispheres, chiefly within the Tropics; a few species belong to Europe and North America, and several are natives of the Cape of Good Hope; the greatest number are found in India; many occur in Brazil and Peru; some are already known in Australia—one in Norfolk Island. Bryonia is the only British example.