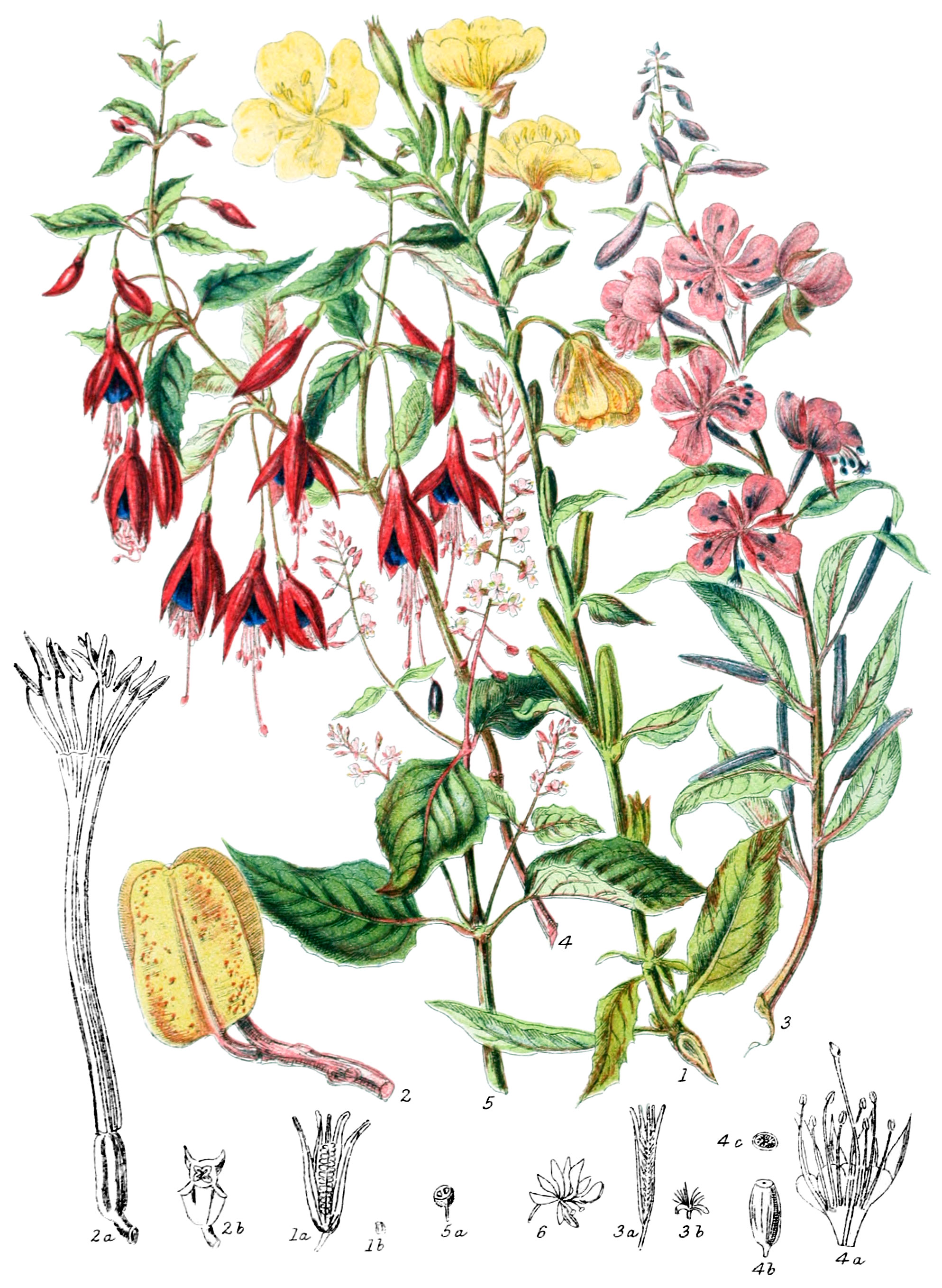 Shrubs and herbaceous plants, the leaves are alternate or opposite, simple, entire or toothed at the edge. The flowers are either on terminal or side branches of various forms and colours; the calyx is above the ovary, tubular, the upper part divided into four segments, or two, as in Circæa (5)*, closed in a valvular form in the bud, cohering to the points, clinging together in two pair after the flower is expanded. The petals are generally equal in number to the lobes of the calyx, into the throat of which they are inserted, of a regular shape, twisted in the bud; in Skinnera the petals are wanting. The stamens are four or eight, in Circæa two, in Lopezia (6) one stamen only is perfect with an anther, the other is in the form of a spoon-shaped petal. The style is along and slender, the stigma either four-lobed or round-topped. The fruit is a capsule or a berry, with four or two cells, containing numerous seeds without albumen, sometimes bearded; Circæa has only one seed in each cell.

The succulent fruit of Fuchsia connects these plants with the Myrtle tribe, but the want of pellucid dots and their definite stamens clearly distinguish them.

Slight mucilaginous properties prevail throughout the Tribe, and some species are astringent.

This Tribe inhabits chiefly the Temperate parts of the world, especially of America; a large number of species belong to Europe, some to India; in Africa, they are less abundant, being nearly confined to the Cape, except Jussiæa, which inhabits other parts of that continent.