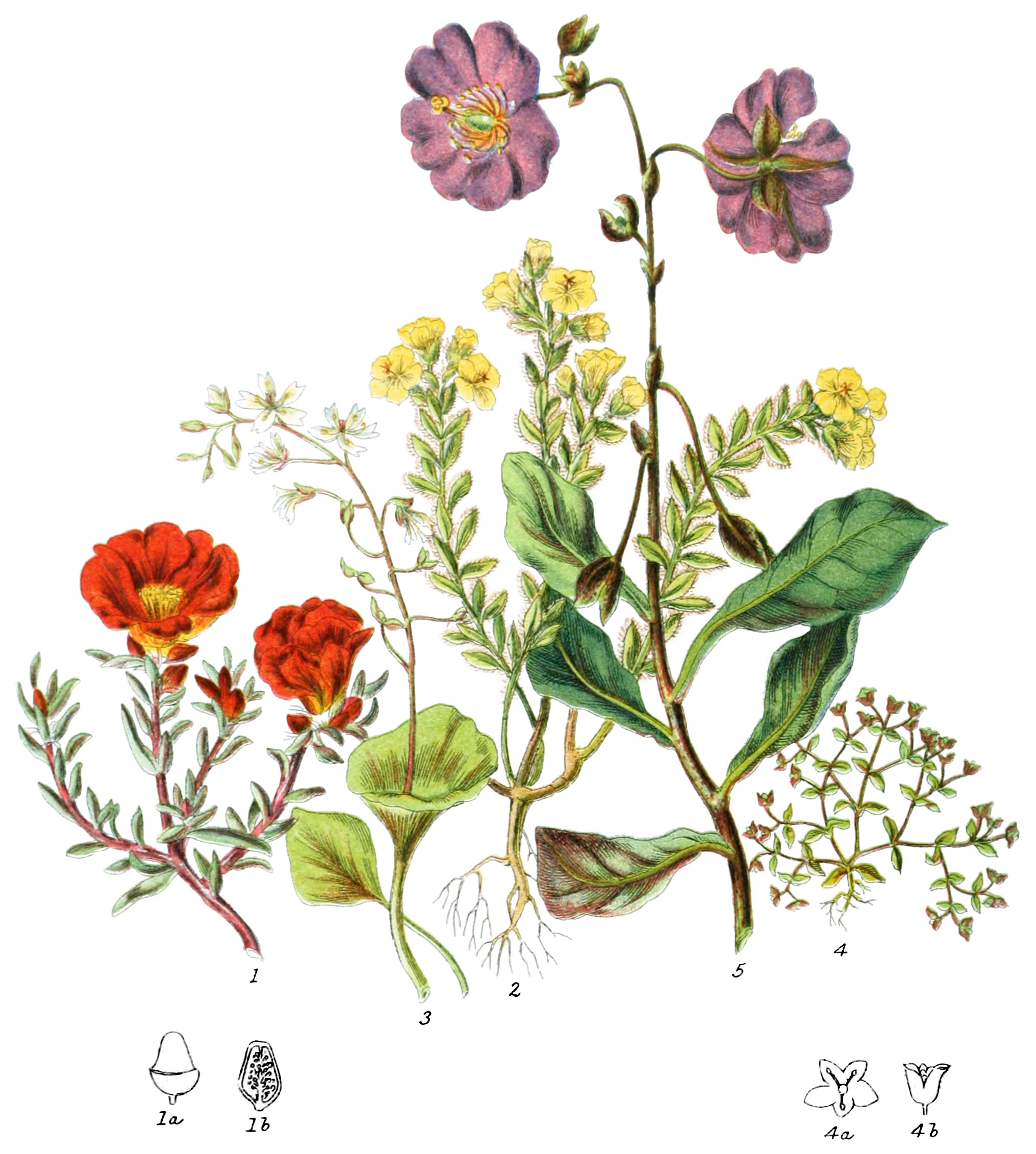 Shrubs or herbs of a succulent, fleshy nature, the leaves of which are alternate, seldom opposite, entire at the edges, without stipules, often having tufts of hairs at their base. The flowers are either terminal, or grow from the base of the leaves, generally expanding in sunshine, and of short duration. The calyx is composed of two sepals, united at their base; the petals are generally five, either distinct, or cohering in a short tube; the stamens are inserted with the petals irregularly into the base of the calyx, or attached to the base of the ovary; they vary in number, all contain pollen, the filaments are distinct, the anthers have two cells opening lengthwise. The ovary is composed of three carpels, forming one cell, either free or partially adherent; the style is single or absent; the stigmas are several, much divided; the capsule is one-celled, opening either transversely, or by valves, occasionally one-seeded and closed. The seeds are numerous if the fruit opens, attached to a central plate, with farinaceous albumen.

This Order has most affinity with Mesembryaceæ* in appearance and habit.

Insipidity of taste and want of smell are the general characteristics of these harmless plants.

South America and South Africa are the chief countries of this tribe; a very few have at present been discovered in New Holland; one species belongs to Guinea; Montia is the only British species.