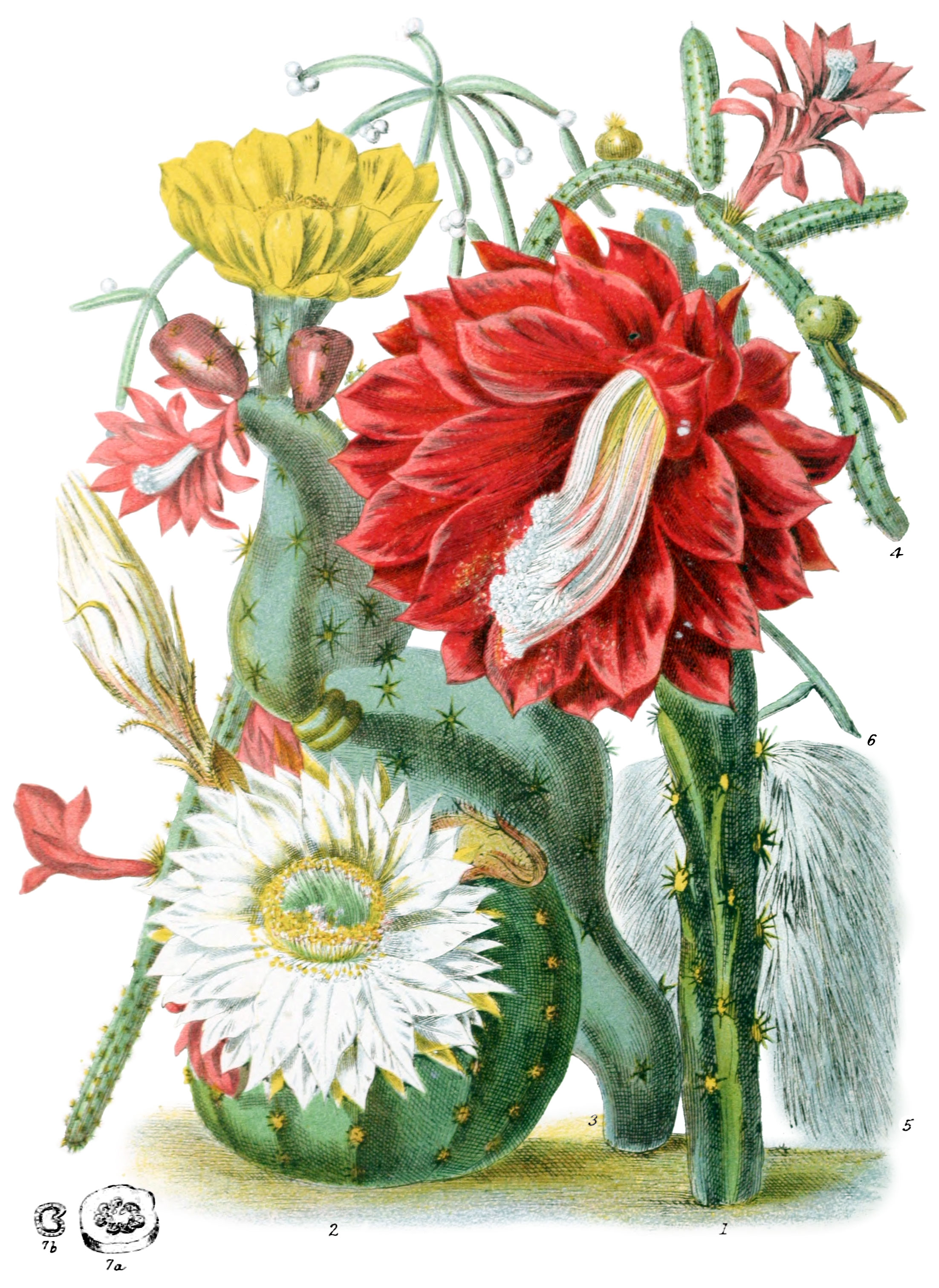 Succulent shrubs, very different in form. The stems are usually angular, or two-edged, or leafy; the wood is arranged wither in a ring of wedges, separated by pith, or it consists of fibres loosely interlacing, only forming into compact zones when old. Leaves almost always absent; if present, they are smooth, fleshy, entire; they most frequently exist only in the undeveloped form of spines. The flowers are of very short duration, the sepals numerous, gradually transofmred into petals, either crowning or covering the ovary; the petals are usually numerous, rising in two series from the orifice of the calyx. The stamens are of indefinite numbers, more or less cohering with the petals and sepals; the filaments are long and thread-like. The ovary is below, fleshy, one-celled, containing numerous ovules arranged on projections from the outer portion, equal in number to the lobes of the stigma; the style is long and slender, the stigmas many, collected into a cluster. The fruit is succulent, once-celled, many-seeded either smooth, or covered with scales or scars, or tubercles. The seeds have no albumen; when ripening, they become detached and embedded in pulp, which is invariably wholesome.

These plants have but little affinity with any others; they approach some Euphorbiaceæ in appearance, but are distinguished from them by their stellate instead of single spines, and by their vessels not giving out their fluid when cut.

The extreme distension of the cellular tissue is the striking character of the Tribe. It contains a vast store of moisture, which is not lost by evaporation, the cuticle being very thick, and destitute of perfect pores. Opuntia contains its cells flat and star-like crystals. The hairs are difficult of extraction if they enter the flesh, being barbed downwards.

America is the native region of this tribe, two species only being found in the East Indies. The chief station must be considered to be the torrid and subtropical zones of America, between 40° of lat. north and south of the equator. The Columbia River is the northern limit on the western coast of North America.

*4 was labeled as 5 and vice versa in the original legend.