The Currant and Gooseberry Tribe 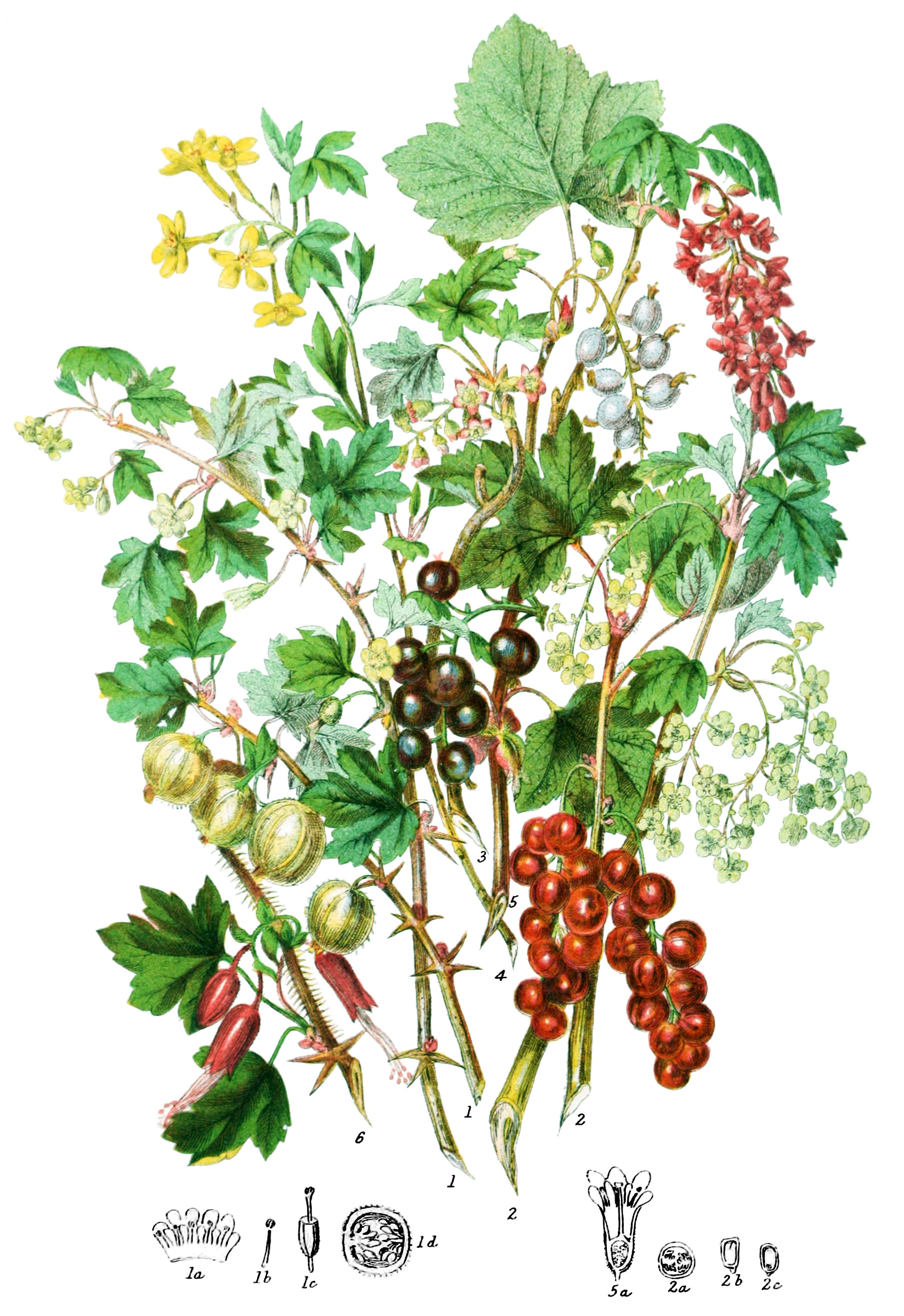 Shrubs, some of which are prickly; the leaves are alternate, lobed, plaited in the bud, often having a membranous fringed edge at the base of the leaf-stalks. The flowers grow in bunches, proceeding from the base of the leaf-stalks with bracts at the base; each flower-stalk has also a small bract. In some instances the flowers have an imperfect set of stamens and pistils: the calyx is above the ovary, four or five-lobed, often coloured, imbricated or somewhat valvate in the bud, remaining on the fruit. The petals are four, five, or wanting, minute, inserted on the throat of the clayx between the lobes. The stamens are four, or five, very short, placed between the petals; the anthers are small, two-celled, and in general burst internally and lengthwise by clefts. The ovary is one-celled, with two plates projecting from the edge; on these numerous ovules are placed on short stalks. The style is two, three, or four-cleft; the fruit is a berry crowned with the withered flower, one-celled, filled with pulp, in which the seeds are suspended by long threads. The seeds have a gelatinous covering adhering closely to the albumen, which is horny.

These shrubs have affinity with the Cactus tribe in the struture of the fruit; they have also some points of resemblance to the Saxifrage tribe.

Malic acid exists in a very large proportion of these fruits, but, blended with saccharine matter in the currant and gooseberry, produces refreshing cooling properties; vegetable jelly abounds in the fruit.

This Tribe inhabits the woods and mountains of the Temperate countries of Europe, Asia, and America; the greatest number of species exist in North America. In the Troics of Asia and in the South Sea Isles the Tribe is represented by Polyosma.