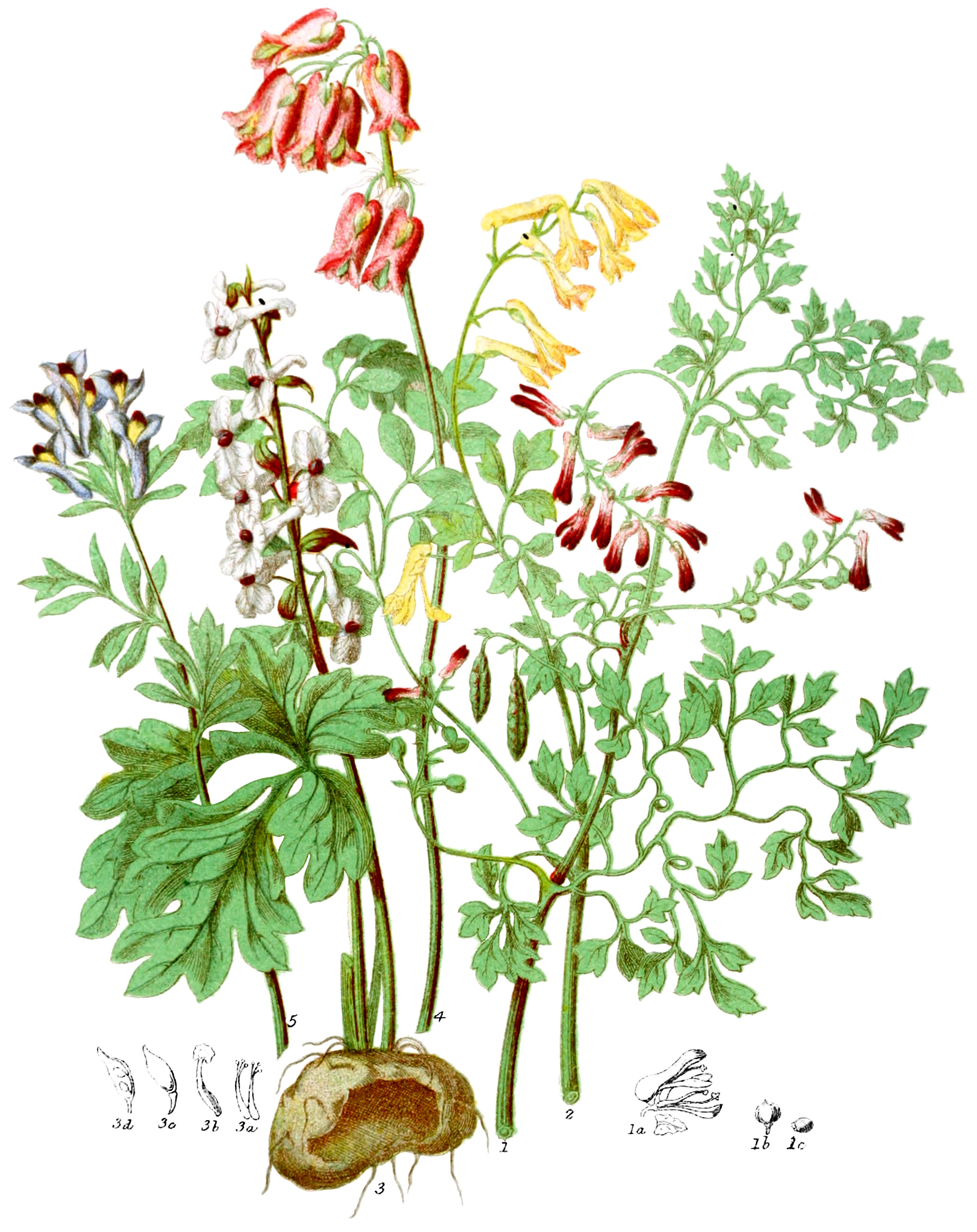 All herbacious plants, either annual or perennial, with slender fragile stems, containing a milky juice. The leaves are usually alternate, much divided in a ternate manner: some species have twisted leaf-stalks, like tendrils, by means of which they climb over other plants. The flowers are very irregular; the calyx is formed of two small acute membranous sepals placed opposite each other; the petals are four in number, more or less combined in a tube, one or two of them having a spur or pouch at the base, forming a nectary; the two side petals are within the others, and are slightly united by their tips. The stamens are either four or six, divided into two sets, opposite the outer petals, very seldom all separate; the anthers are membranous, the outer one of each set is one-celled, the middle one two-celled. The ovary is terminated by a slender style, and a stigma of two compressed lobes, with two or more points. The seed-vessel is either a closed nut containing one or two polished crested seeds, as in Fumaria, or a pod with two valves and many seeds, as in Corydalis, or a succulent closed pod with two seeds, as in Carcocapnos: in this Order is seen every gradation from a one-seeded to a many-seeded pod.

Fumaria resembles in some points Epimedium, thus forming a link with the Berberry tribe. Hypecoum shows an affinity with the Poppy tribe, but an important difference exists in the juice of Fumitoriess being watery, that of Poppies milky.

The general character of the Fumitory tribe is to be slightly bitter, scentless, and without any milky juice.

The plants of this tribe are dispersed chiefly over the temperate and cold regions of the Northern hemisphere, growing in woods and waste places. Like many tribes belonging to temperate climates, it extends in a few scattered species over the middle regions of the Himalayas. One species alone is found on the plains of India, flowering only in the cold season. Two species belong to the Cape of Good Hope.