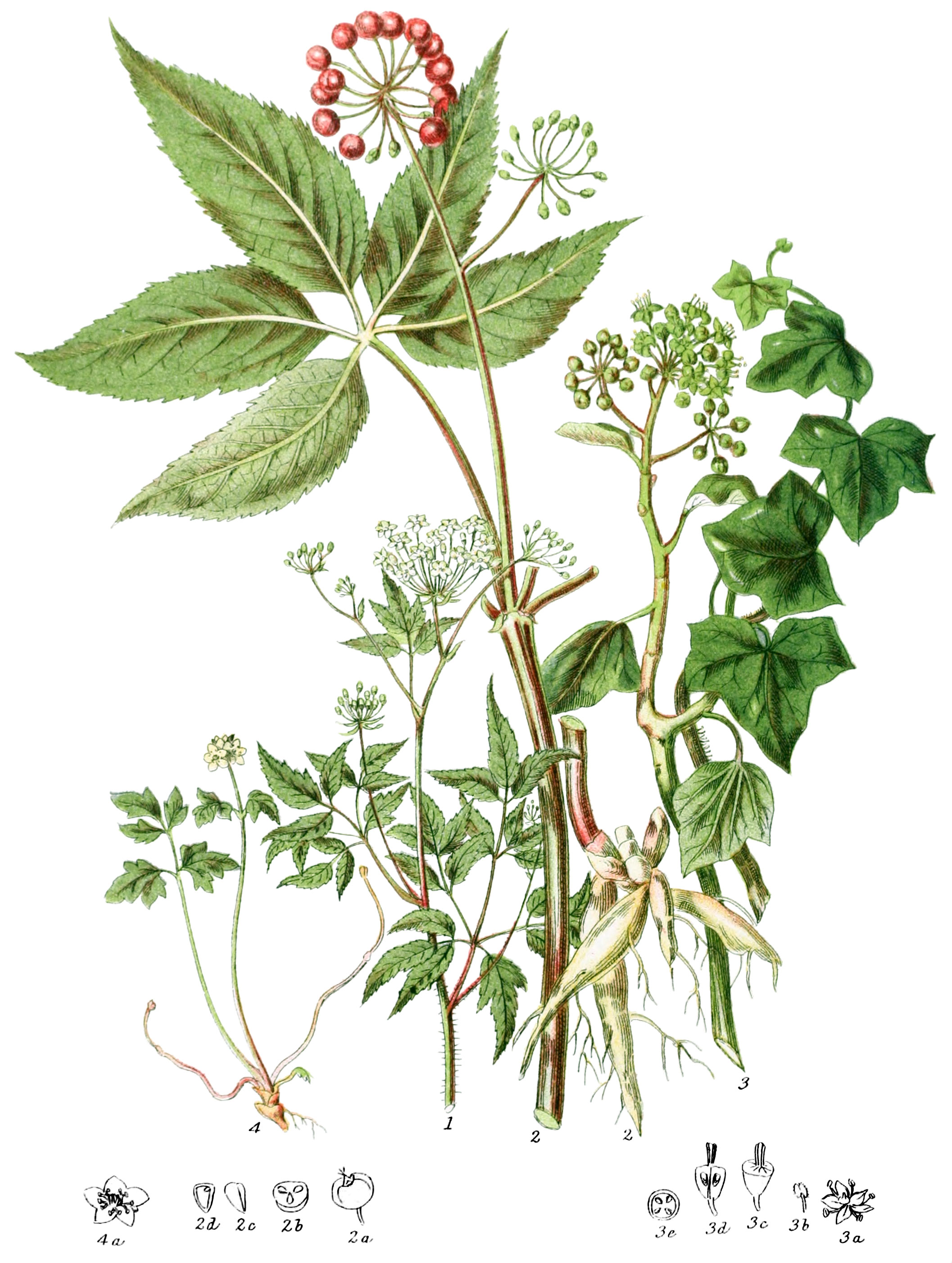 Trees, shrubs, and herbaceous plants; the leaves are alternate, usually divided or compound, sometimes lobed or simple; the leaf-stalks are widened at their base. The flowers grow in umbels at the ends of the branches, usually surrounded by a few small leaflets in an involucre, or from the base of the leaf-stalk. The petals are two, five, or ten, occsionally wanting. The stamens are either equal in number to the petals, or twice as many, growing between the border of the calyx and the disk. The ovary is below the calyx, having more than two cells; the styles are of the same number as the cells, sometimes united together; the stigmas are simple. The fruit is succulent, or dry, consisting of several cells, each with a solitary seed, which contains albumen.

The plants have considerable affinity with Ubellaceæ, but are readily distinguished by the fruit having more than two cells. Hedera forms a link with Viburnum, in the Honeysuckle tribe.

These plants are dispersed in the Tropics and neighbouring regions, as well as in cold countires: some exist in the United States, in Canada, on the north-west coast of America, and in Japan. Aralia polaris is found in Lord Auckland’s Isles, in 50° of south latitude.