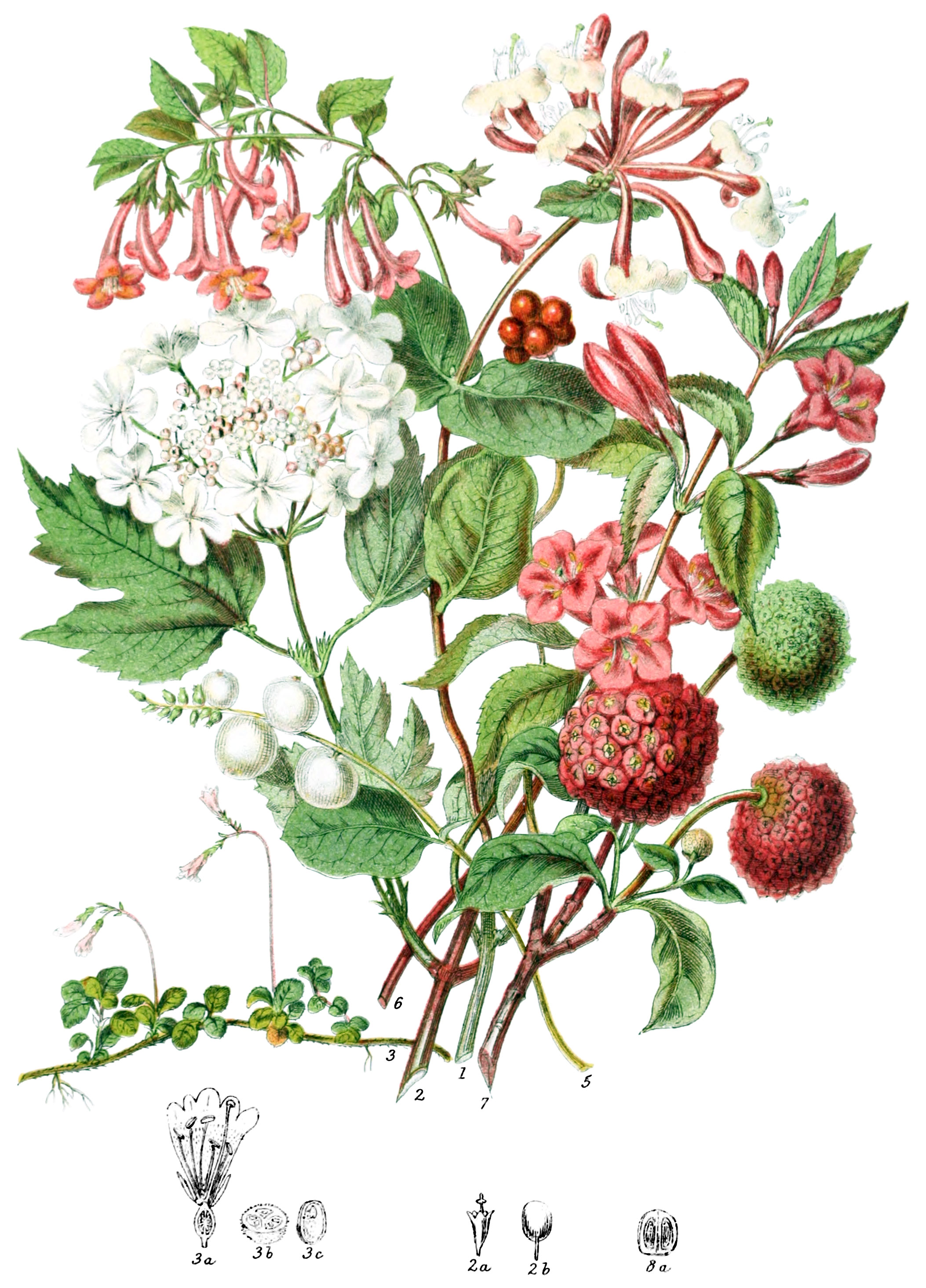 Shrubs and herbaceous plants, the leaves of which are opposite, entire at the edges or toothed, without stipules. The flowers are of various forms, sometimes having an involucre at the base of the cluster. The calyx is above the ovary, four or five-cleft, usually having two or more bracts at the base; the corolla is composed either of one petal or many, flat or tubular, regular or irregular. The stamens are attached to the petals, equal in number to the lobes of the corolla, and alternate with them. The ovary has from one to five cells, one of which is often one-seeded, the others many-seeded; the single style is crowned by one, or three, or five stigmas. The fruit is dry, fleshy, or succulent, crowned by the persistent lobes of the calyx. The seeds solitary and pendulous, or numerous and attached to the axis, the covering often bony; they contain fleshy albumen.

This order has much affinity with Saxifragaceæ. Sambucus forms a link with Umbellaceæ.

Astringent and tonic properties and a fragrant scent, exist in these plants.

These plants are natives of the northern countries of Europe, Asia, and America, a few extending into the Tropics; rare in North Africa, and very seldom seen in the Southern Hemisphere.