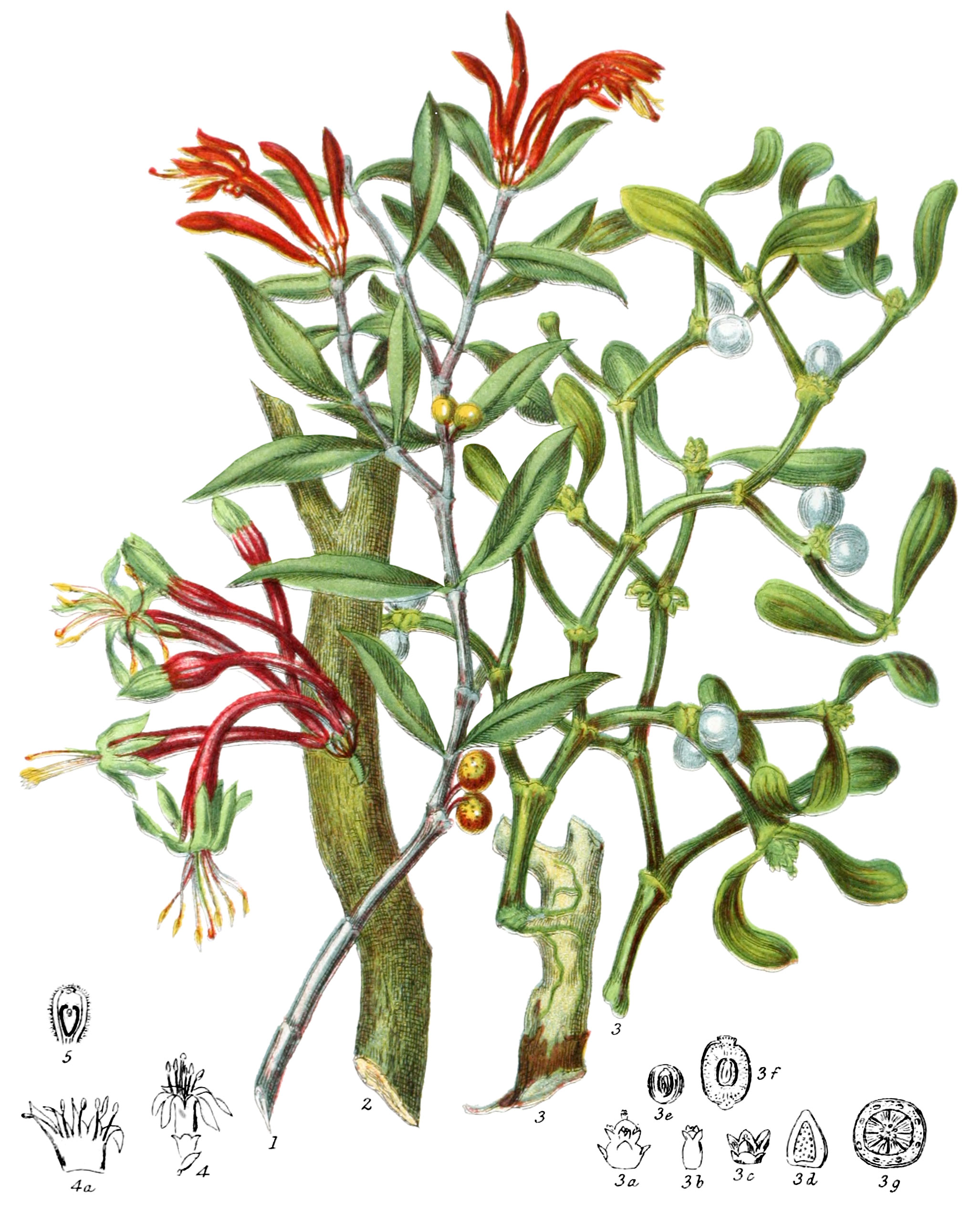 Shrubby plants, almost all of which are true parasites, growing into the tissue of other plants; the leaves are opposite, or sometimes alternate, fleshy, without stipules, generally veinless. The calyx rises from within the brim of the flower-stalk, and is usually surrounded with bracts at the base; the sepals are three, four, or eight, often united in a tube, sometimes enlarged and coloured, having the appearance of petals; true petals are wanting. The stamens are equal in number to the sepals, and opposite to them; in Viscum, they lie upon the inner surface of the sepals; the anthers are one or two-celled, or broken up into numerous cavities. The ovary is one-celled, sunk within the cup-like expansion of the flower-stalk, and adhering to it. The style is single, the stigma simple, sometimes invisible. The fruit is succulent or dry, one-celled; the seed is solitary, with fleshy albumen.

This Order has most affinity with the Sandal-wood tribe, but it differs from it and all others in some peculiar points of structure, and manner of growth.

The astringent bark and viscid berries insoluble in water or alcohol are the chief properties of these plants; they possess also the singular quality of rooting and vegetating on other plants.

This tribe is nearly equally dispersed through the Tropics of Asia and America; it is much more rare in Africa, two species only known in the equinoctial countries, and six at the Cape of Good Hope. A few have been discovered in the islands of the South Seas, and in Australia. Loranthus abounds in Java. L. europæus of south Europe connects the tropical portion of these plants with the solitary British species Viscum.