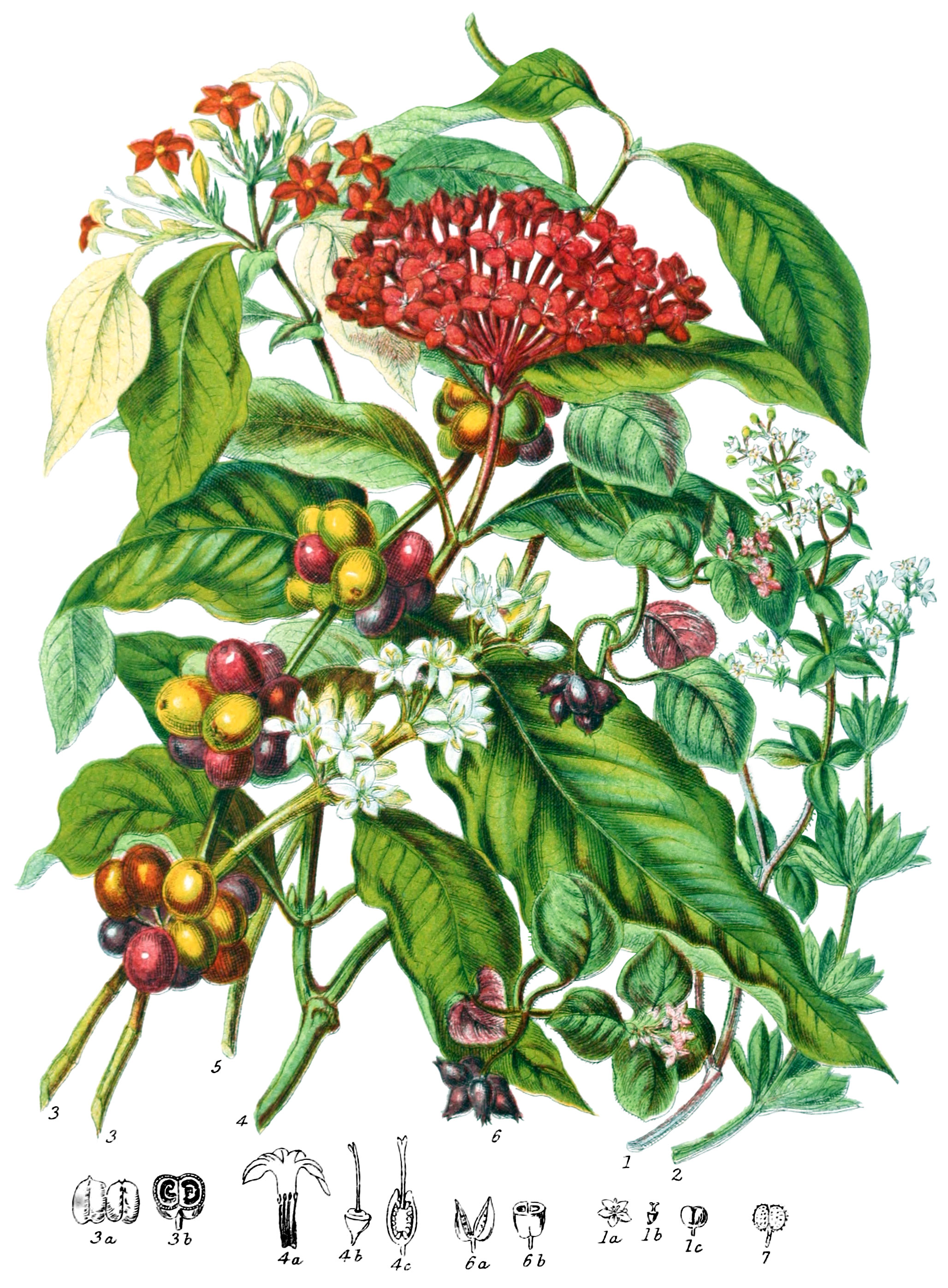 Trees, shrubs, and herbs: the leaves are simple, entire, opposite, and having stipules between the leaf-stalks, or in whorls around the stem and without stipules. The flowers are variously arranged, usually in clusters. The calyx is adherent, whole or divided at the top; the petals are flat, or tubular at the base, regular, with a definite number of divisions, equal to those of the calyx. The stamens rise from the corolla, and are alternate with its segments. The ovary is below the corolla, usually two-celled, sometimes many-celled; the style single or double; the stigma simple or divided. The fruit is whole or splitting into two parts, dry or succulent, two or many-celled. Seeds two or many, with horny albumen.

The characters of this order are clearly marked, but there exists considerable affinity with the Honeysuckle and the Composite tribes.

Poisonous, tonic, stimulating, and dyeing properties are contained in the varied plants of this extensive tribe.