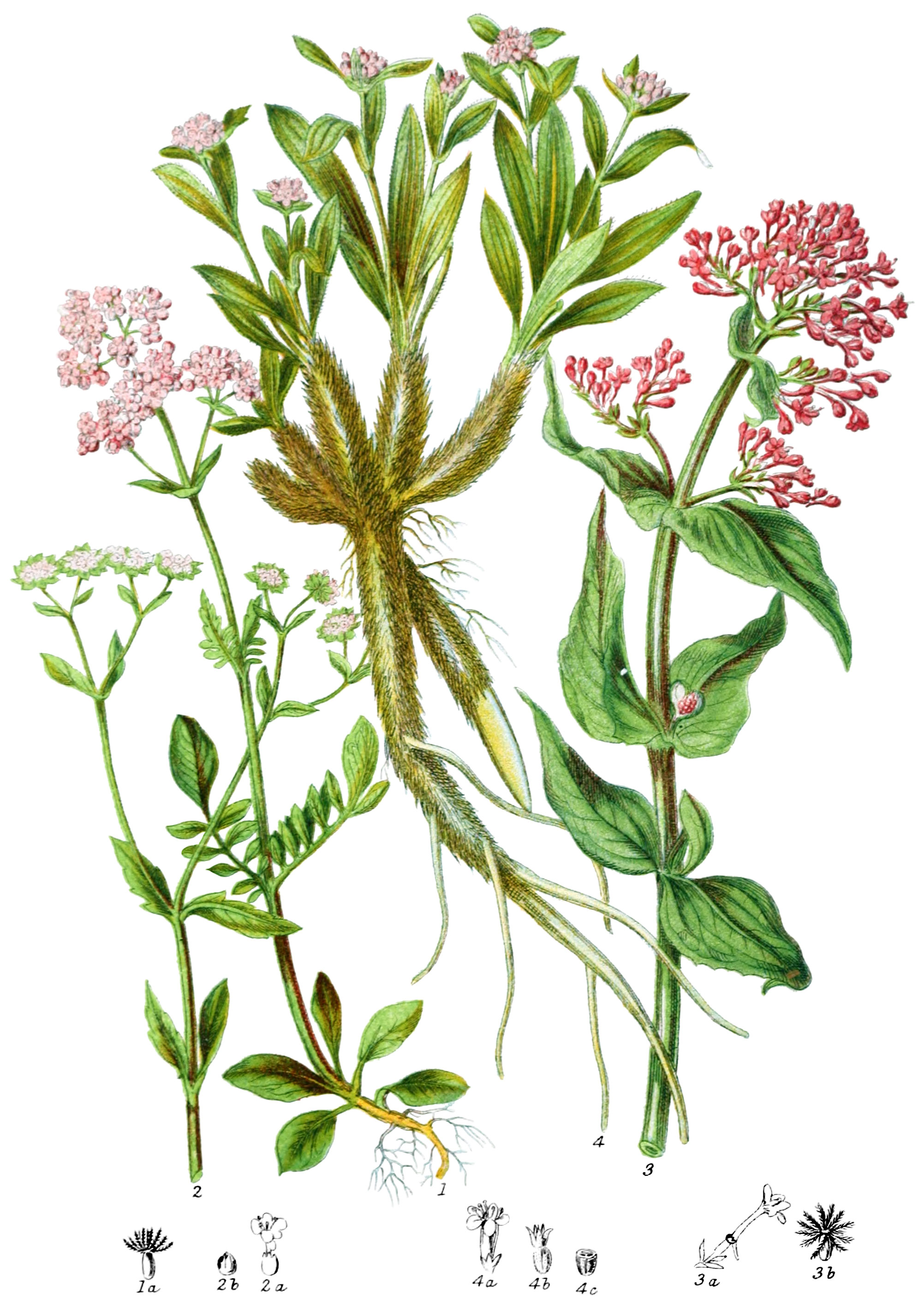 Annual or perennial herbs, occasionally of a climbing nature; the leaves are opposite, entire at the edges, or variously divided, generally crowded at the base of the stem near the root. The flowers are sometimes imperfect in stamens and pistil. The calyx is above the ovary; the lobes membranous, or converted into a feathery down as the seed ripens. The corolla is composed of one petal, of a tubular form, inserted into the top of the ovary, having from three to six division, either regular or irregular, sometimes spurred at the base. The stamens are from one to five, inserted into the tube of the corolla, alternate with its lobes. The ovary is below the calyx, with one or three cells; the style is simple, terminated by one or three stigmas, according to the number of the cells. The fruit is dry, not gaping when ripe, one cell bearing a seed, the others empty; the seed is solitary, pendulous, without albumen.

These herbs have most connexion with the Teasel tribe; but are distinguished by the absence of small leaflets at the base of each floret, and the want of albumen in the seed.

Aromatic and medicinal properties, and a strong scent prevail in the Tribe.

This Tribe exists in nearly all countries where the climate is temperate, but is rare in Africa and North America. It abounds in Europe, and on the mountains of South America and Northern India. Valeriana grows on the Andes at 13,000 feet.

*1a was not named in the original description.