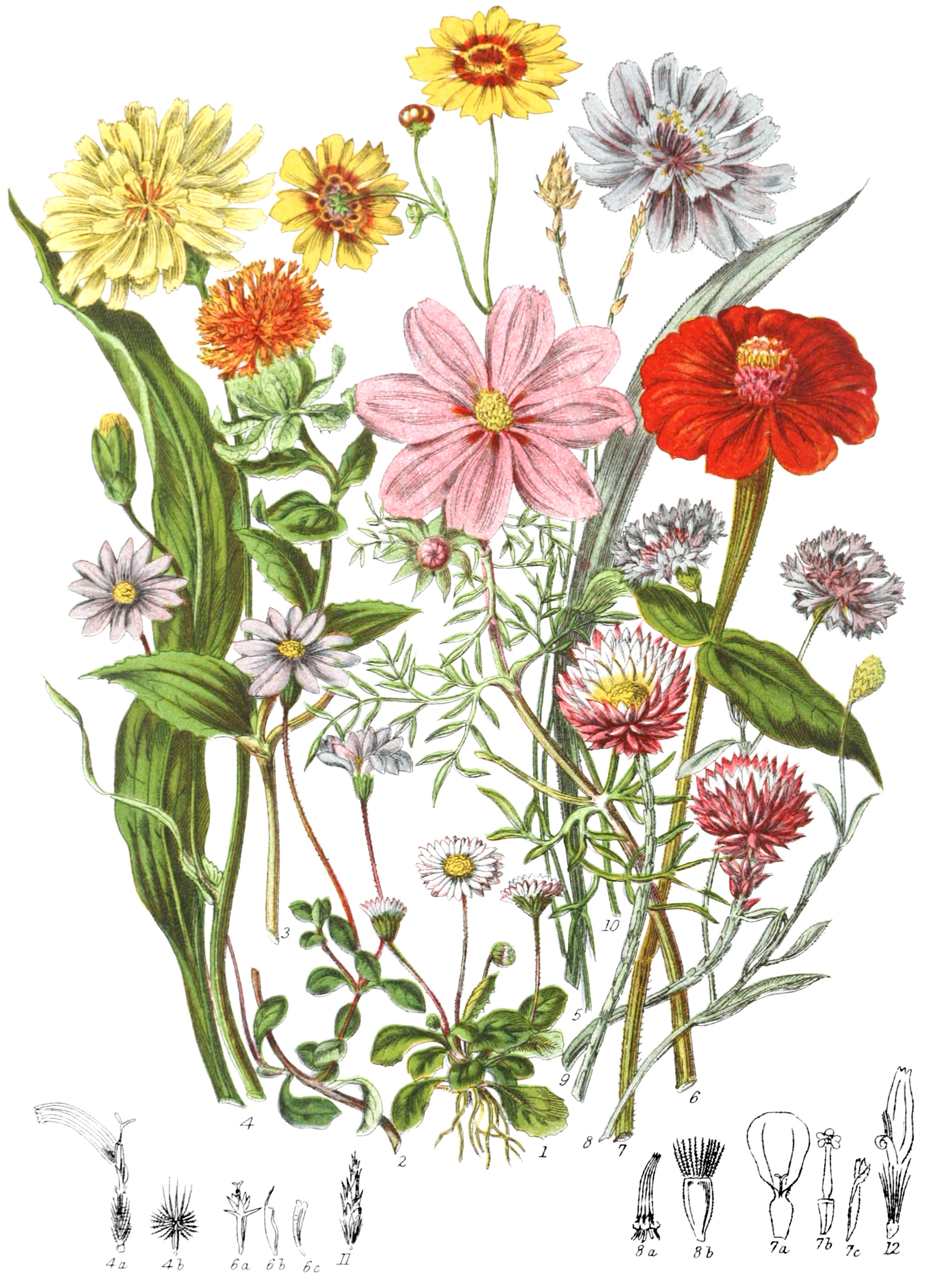 Herbaceous plants, shrubs, and trees. The leaves are alternate or opposite, without stipules, usually simple but generally much divided. The flowers are collected in close heads on a common receptacle, surrounded by an involucre. Bracts are sometimes present in the form of scales on the receptacle. The calyx is above the ovary, and closely united to it. The upper portion either wanting or membranous, divided into bristles, hairs, or feathery down. The corolla is of one petal, either funnel or strap-shaped, four or five-toothed at the top, sometimes bilabiate (12). The stamens are equal in number to the teeth of the corolla, and alternate with them; the filaments are jointed. The anthers cohere in a cylinder. The ovary is one-celled, with a single ovule; the style is simple, the stigmas two, downy or bristly. The seed-vessel is small, closed, dry, crowned with the top of the calyx; the seed is solitary, erect, with no albumen.

Acrid, tonic, aromatic, and stimulating properties exist in these plants; some contain oil.

These plants are scattered all over the world, in various proportions. The herbaceous genera abound most in cold regions; those of a shrubby nature are exclusively natives of hot countries. The trees belong entirely to the Tropics. In St. Helena the shrubs and trees are of this Tribe. Britain possesses 130 species, more than of any other Tribe.

*6a, 6b, and 6c were not named in the original description.