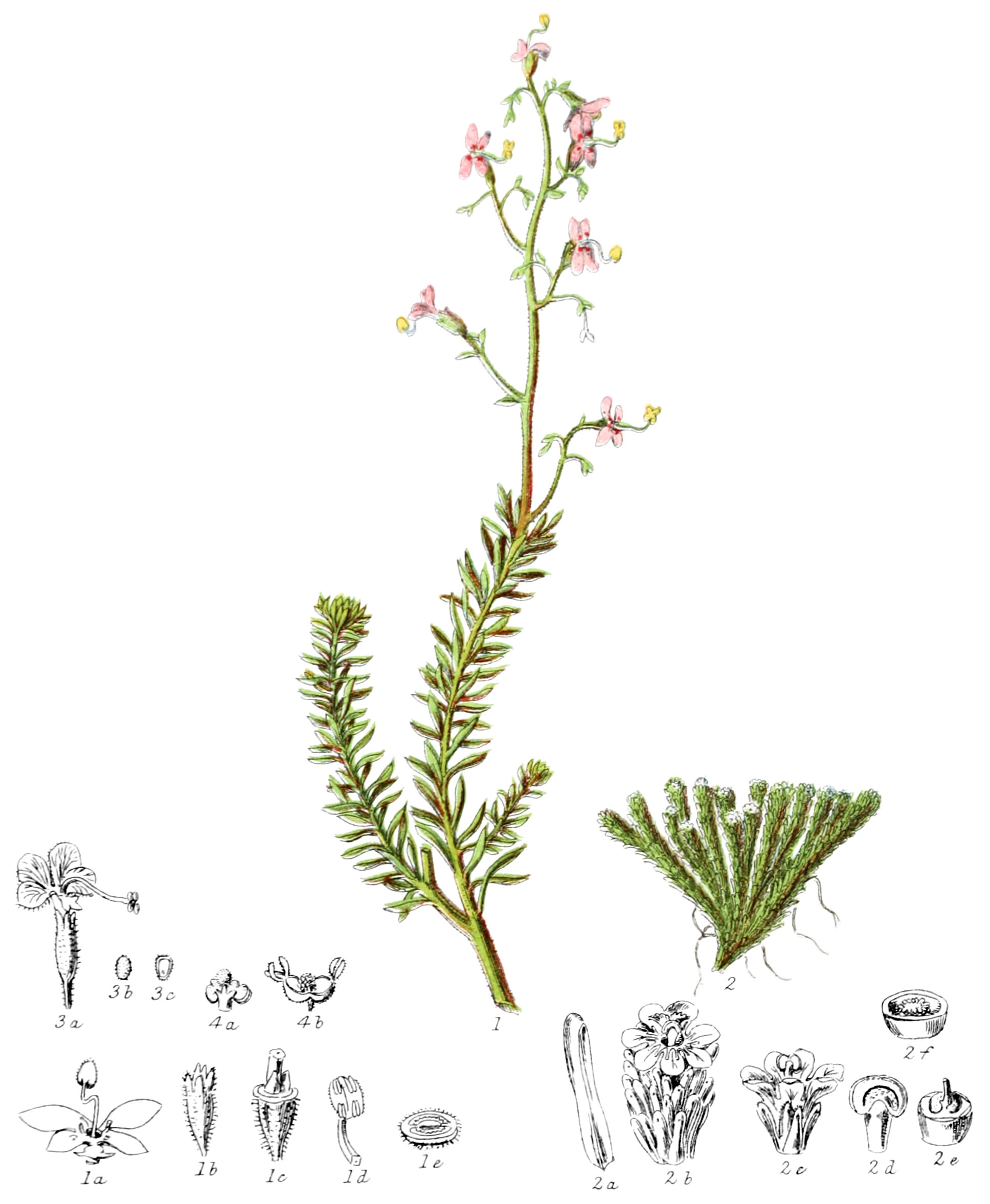 Under-shrubs and herbaceous plants; with watry, not milky juice. The hairs, if present, either simple, acute, or bearing a gland at the top. The leaves are scattered, sometimes in circles on the stalk, entire at the edges, smooth or hairy, the root-leaves cluster at the base of the stalk in those species which have no stem. There are no stipules. The flowers are in spikes, on branching stalks, or solitary, usually terminal, rarely from the base of the leaf-stalks. The calyx is adherent to the ovary, with from two to six divisions at the top, either regular or two-lipped, persistent with the capsule. The corolla is composed of one petal, the lobes irregular, rarely regular, with from five to seven divisions, imbricated in the bud, late in falling off. The stamens are two, the filaments united with the style, forming a long column; the anthers are double or simple, lying over the stigma, gaping by chinks. The ovary is two-celled, many-seeded, sometimes one-celled, often crowned with one or two glands; the style is single, the stigma simple or bifid, enclosed by the anthers. The capsule has two valves and two cells, or one only from the contraction of the partition. The seeds are indefinite in number, small, erect, sometimes stalked, attached to the axis of the partition; they contain fleshy oily albumen.

These few plants have close affinity with Campanulaceæ and Goodeniaceæ, but the anthers affixed to the style clearly distinguish them.

No useful or remarkable properties are known to exist in these plants.

This small Tribe is interesting as forming a singular link with the Orchis tribe, otherwise of so very different a character; the combination of the anthers and the stigma is the one point of resemblance.

Australia is the principal region of this small Tribe; the greatest number of species being natives of swamps in New Holland; one belongs to Ceylon, another to the coast of Malabar, and another to the district of Silhet, in Northern India. Forstera inhabits the most southern isles of the Southern Hemisphere.