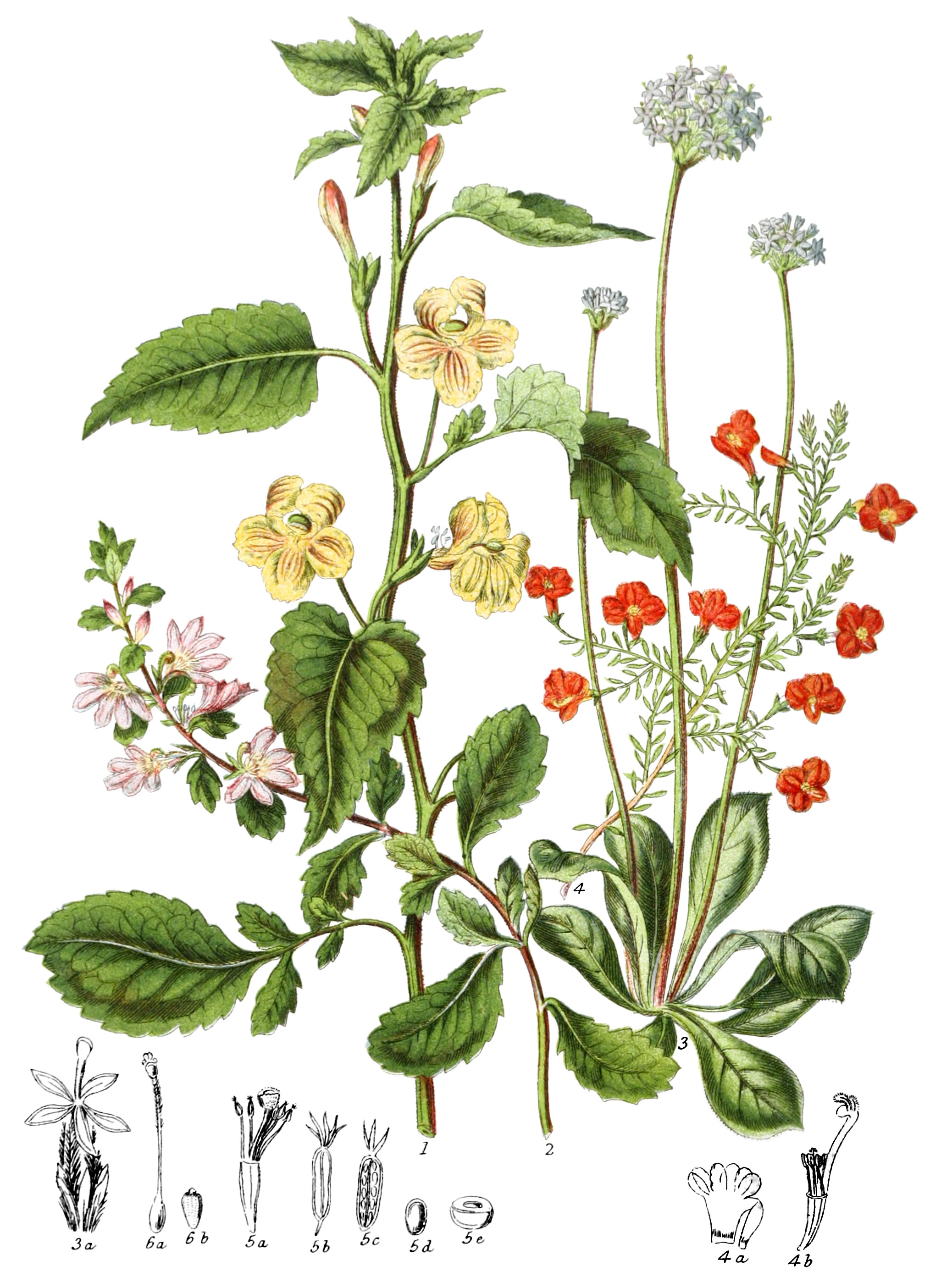 Herbaceous plants, rarely shrubs, without any milky juice, sometimes with simple glandular hairs. The leaves are scattered, rarely opposite, sometimes proceeding from the base of the stem, often lobed, without stipules. The flowers usually at the ends of the branches or stalks; generally distinct, in Brunonia collected in heads, surrounded by enlarged tracts. The calyx is usually above the ovary, rarely below, equal or unequal, three or five-parted, in Brunonia clothed with long hairs. The corolla is of one petal, more or less irregular, the tube sometimes split at the back, five-parted, usually divided into two lips; the edges of the three largest petals sometimes thinner than the centre, and folded inwards in the bud. The stamens are five, distinct, alternate with divisions of the corolla, the filament jointed in Brunonia, as in some of the Compositaceæ; the anthers distinct or cohering, two-celled. The ovary is one or two-celled, rarely four-celled, with few or many ovules; the style is single, very rarely divided, sometimes hairy, the stigma fleshy, undivided or two-lobed, surrounded by or inclosed in a two-valved membranous cup. The seed-vessel is a capsule with solitary or numerous seeds attached to the central partition. The seeds have sometimes a thickened covering; they contain fleshy albumen; the solitary seed of Brunonia has no albumen.

This Order has some connexion with Compositaceæ, but the peculiar stigma distinguishes it from all others.

The few plants of this Tribe are natives of Australia, and the Islands of the Southern Ocean. Scævola extends into India, Africa, and the West Indies. Selliera inhabits South Africa.