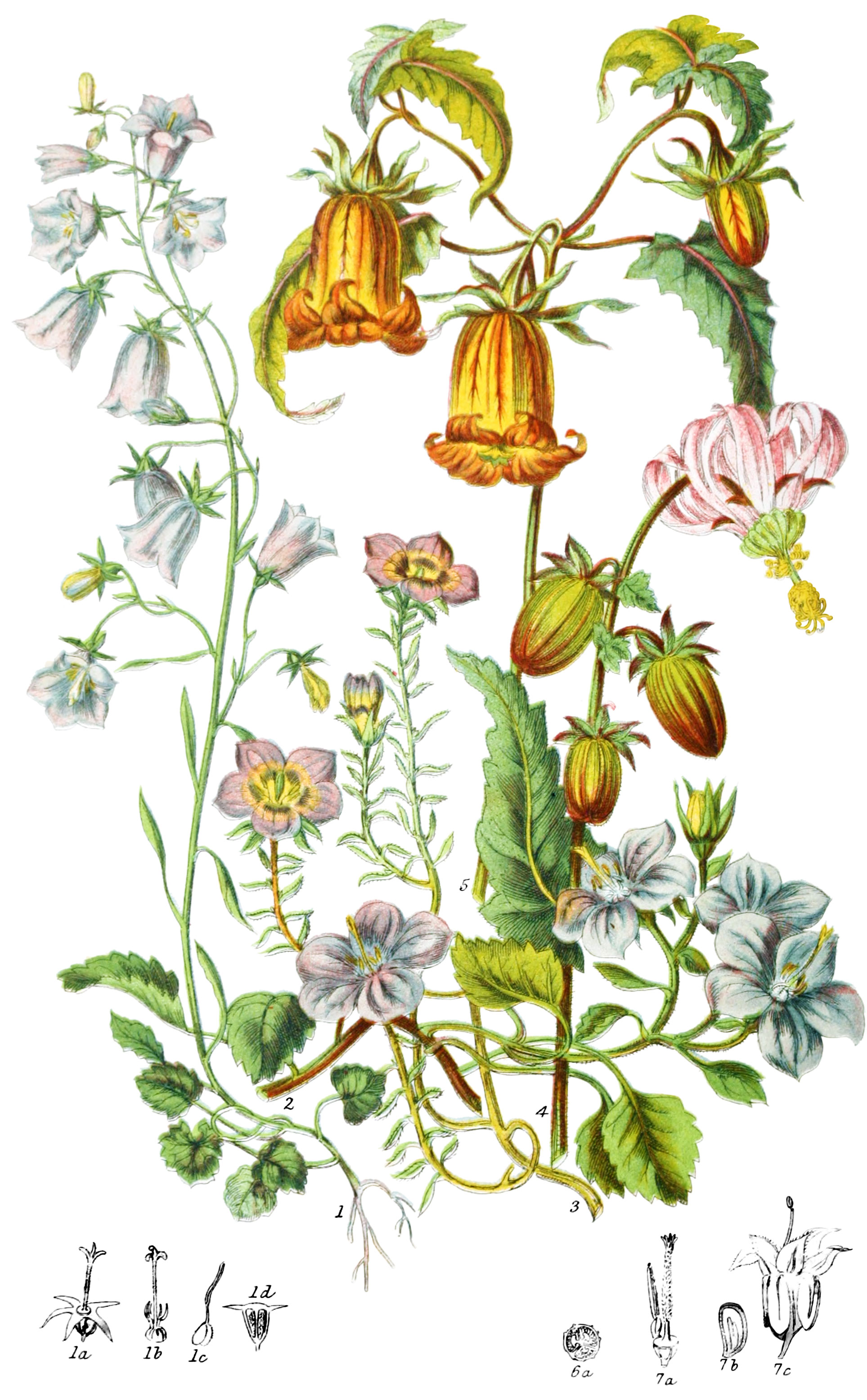 Herbaceous plants, and under-shrubs, containing a white milky juice. The leaves are almost always alternate, simple or divided, without stipules. The flowers are single, on branching stalks, in spikes or panicles, or in close heads, usually blue or white, rarely yellow. The calyx is above the ovary, usually five-lobed, remaining over the seed-vessel. The corolla is of one petal, inserted into the top of the calyx regular, generally five-lobed, withering on the seed-vessel. The stamens are inserted into the calyx alternately with the lobes of the corolla, to which they are equal in number. The anthers are two-celled, distinct. The ovary is below the calyx, with two or more cells, containing many seeds. The style is simple, clothed with hairs, which collect the pollen of the anthers; the stigma is simple, or with as many lobes as there are cells in the ovary. The seed-vessel is dry, crowned by the withered calyx and corolla, gaping when ripe by apertures at the base or side, or by valves at the top. The seeds are numerous, attached to a plate in the centre; they contain fleshy albumen.

This Order is closely allied to Lobeliaceæ, differing chiefly in the regularity of the parts of the flower: the Compositaceæ also it has much affinity.

An acrid milky juice prevails in these plants, but the roots of some are wholesome.

This tribe is abundant in Europe, and in North America; in the hot regions it is rarely seen; on the Alps and Appennines, on the Caucasus and the Altai mountains between 36° and 47° of N. latitude, the greater portion exists. At the Cape of Good Hope is another central locality for those genera chiefly whose capsules open at the top. Some remarkable species belong to the Canaries, S. Helena, and Juan Fernandez.