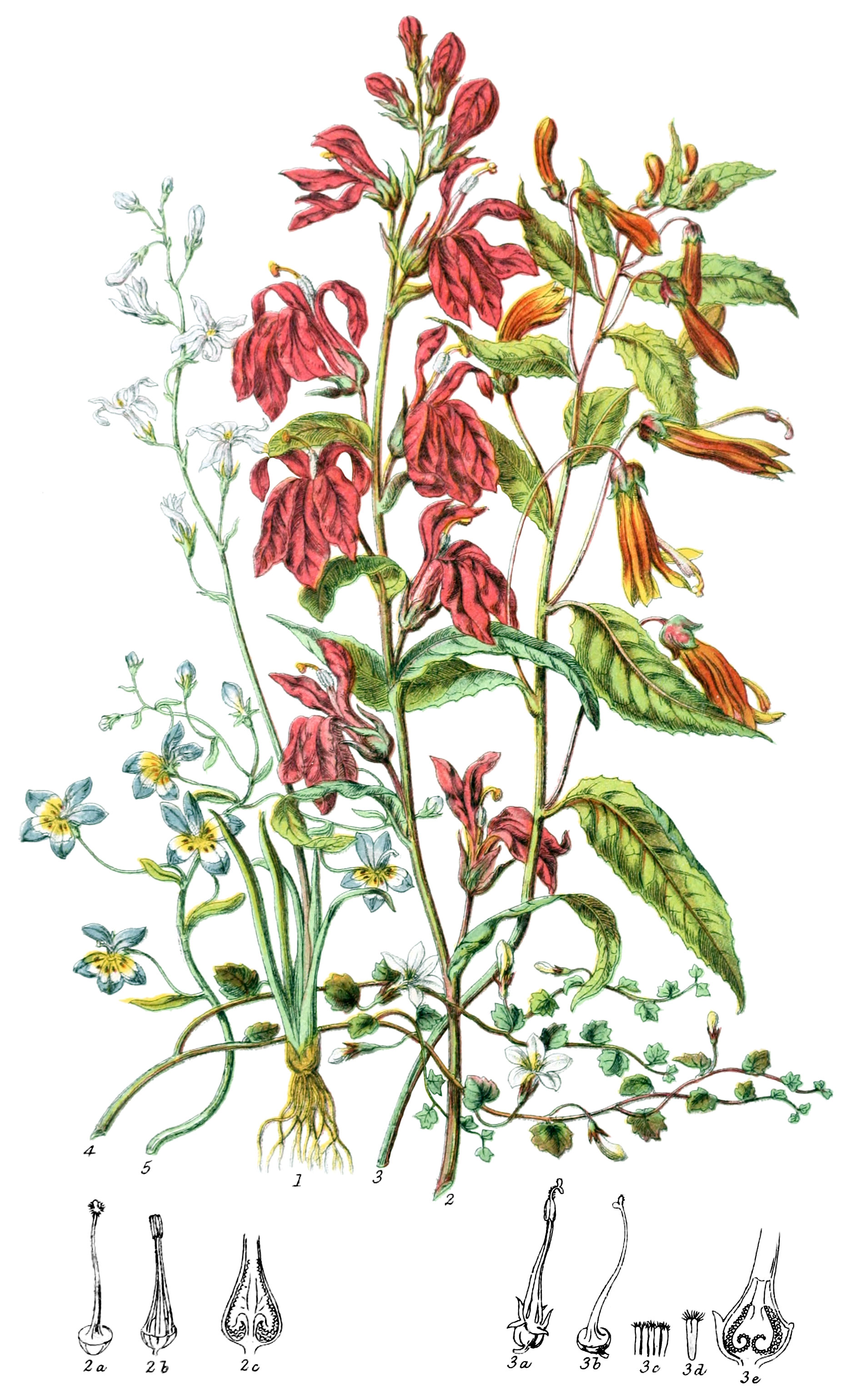 Shrubs, and herbaceous plants, having an acrid milky juice. The leaves are alternate, without stipules. The flowers grow at the ends of the branches, or from the base of the leaf-stalk. The calyx is above the ovary, five-lobed or entire; the corolla is formed of one petal inserted into the calyx, irregularly five-lobed or deeply cleft, and sometimes split down nearly to the base, allowing the pistil and stamens to protrude. The stamens are five, inserted into the calyx alternately with the lobes of corolla; the anthers cohere in a tube around the pistil. The ovary is below the calyx, with from one to three cells, containing numerous ovules, the styles is single, surmounted by a stigma having a cup-like fringe. The fruit is a capsule, with one or more cells, containing many seeds, attached either to the central axis, or to the lining of the seed-vessel, gaping at the summit; the seeds contain fleshy albumen.

These plants have most affinity with Campanulaceæ; the anthers being united in a tube form a connecting link with the Composite tribe.

A milky juice of excessive acridity exists throughout the Tribe; in some species it contains caoutchouc.

The plants of this Tribe abound in the West Indies, in Brazil, at the Cape of Good Hope, along the range of the Himalaya, and in the Sandwich Isles; they also exist in considerable numbers in Chile and in New Holland. Two speices of Lobelia extend to Britain.