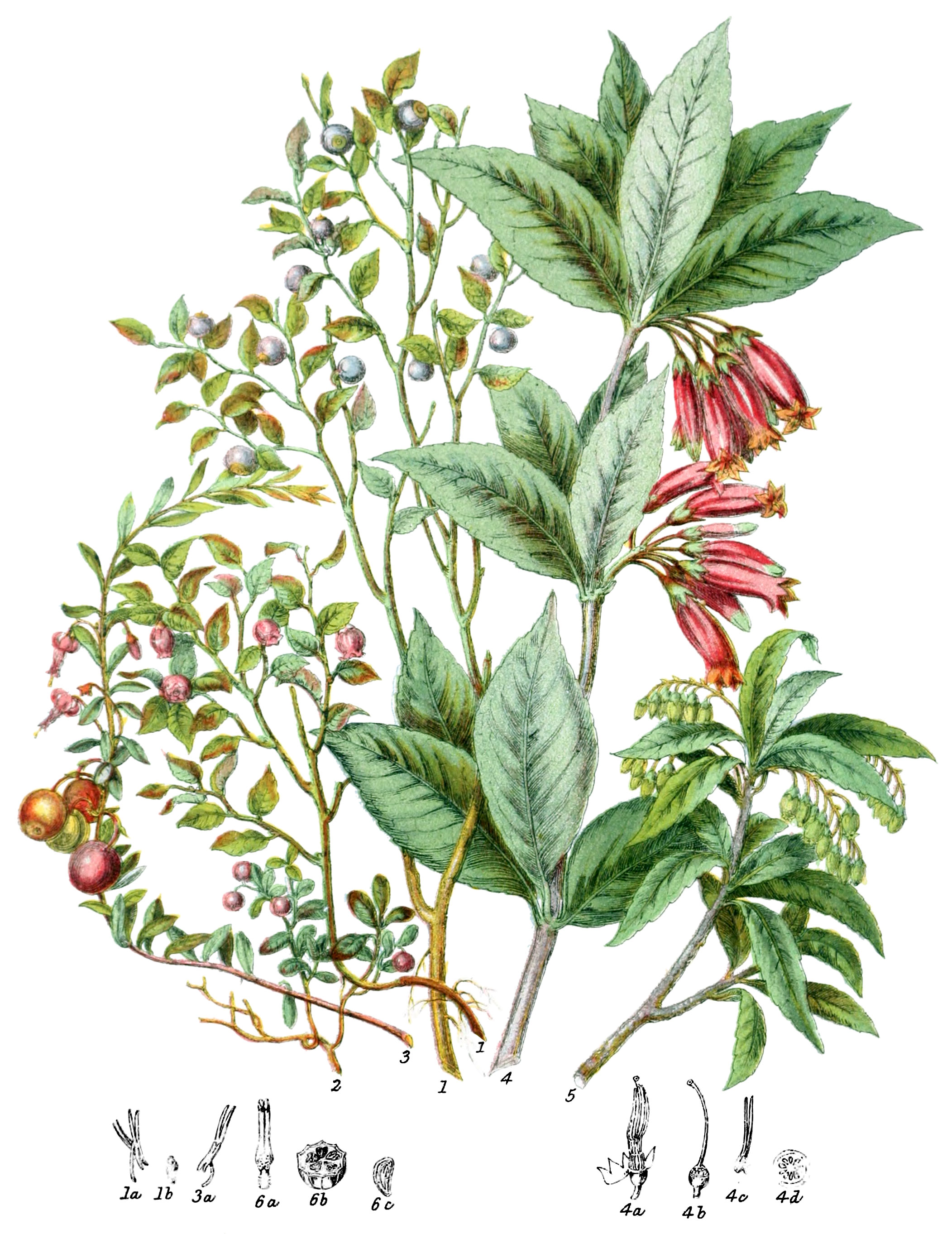 Small trees and shrubs, much branched, often angular irregularly, frequently evergreen, sometimes rooting on other trees. The leaves are alternate, undivided, without stipules, often having resinous glands on the notches at the edges, and on the under surface. The flowers are solitary or on branches. The calyx is above the ovary, entiere, or with four to six lobes. The corolla is of one petal, lobed like the calyx. The stamens are distinct, twice as many as the lobes of the corolla, inserted into a disk; the anthers have two cells, bursting by pores at the top, and sometimes two horns. The fruit is a fleshy berry crowned by the remaining portion of the calyx, succulent, having four to ten cells, with one or many seeds in each. The seeds are minute, and contain fleshy albumen.

Astringent properties prevail in the bark and leavs; subacid in the fruit.

This Tribe abounds in the Temperate regions of the world, particularly in swampy or subalpine countries; some species inhabit the mountains of Central Asia, others belong to the Andes of South America, where a few are parsitical: some are natives of North America, and some belong to the moors, marshes, and mountains of Europe.